A YouTube video doing the viral rounds is the extremely clever and well crafted response to a faux complaint on a social media feed. 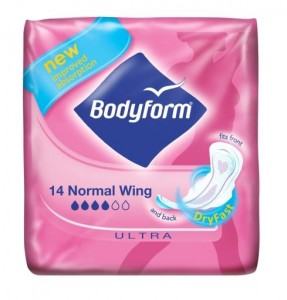 In response to Bodyform’s numerous advertising campaigns on women’s sanitary pads, a man breaks his silence and airs his complaints of false advertising, stating that women do not leap with joy at that time of the month (see the full post here). In fact, the Facebook post quickly went viral, with 40,000 plus likes in a matter 20 hours and at time of this posting over 90,000 likes.

But what truly completes the circle is Bodyform’s response, a well crafted, witty and wonderfully effective use of social media. I’m not sure this wasn’t staged! But regardless, it is highly entertaining and one of the best engagements with the public on a rather taboo subject.

Social Media Engagement at its Best

See the full video below:

Have to give a big thumbs up to Bodyform and their ad agency, a site that had less than 4,000 likes on their Facebook page has now leapt to 6,000+ complete with a viral video that is quickly closing in on 2 million views.

Social media engagement at its best … they have perfectly combined branding, humour, public engagement and their use of social media resulting in a viral video and huge positive boost to their brand.