On 13th October 2010 an estimated 1 billion people throughout the world were glued to their TV’s witnessing one of the world’s most amazing displays of extraordinary teamwork (see first article: Extraordinary Teamwork introduction for more).

After sixty-nine days of being buried 700 metres below ground, 33 miners began emerging from the San José mines.

For over two months the world had focused on a rescue attempt that had been given only a 2% chance of success.

This second installment of Extraordinary Teamwork aims to capture the first of four steps to building extraordinary teams.

August 10th started as any other day in the San Jose mines, with numerous miners and technical support personnel entering the copper and gold mine in the Atacama Desert.

By mid afternoon two shifts were working in the mines, one close to the entrance, the other 700 metres below ground.

Then the unexpected happened … the mine experienced a significant cave-in, while the group near the entrance managed to evacuate immediately, the other group of 33 miners were trapped.

Luis Urzúa, the shift manager, recognised the seriousness of the situation immediately and kick started the team below ground to maximise their chance of survival.

In order to maximise your chance of success, the first step is to become aware, to be informed, to understand the situation.

In the case of the the Chile mines disaster, Luis Urzúa recognised the situation, pulled the team together and quickly deployed them to gain a clear understanding of their predicament. He sent scouts to assess escape routes, rationed their meagre resources to increase long term survival and assessed the skills of the team gathered before him.

Luis Urzúa was able to address the “Inside Factors” and came up with a plan. However, simultaneously there were a whole group of people externally also working through a parallel process, the “Outside Factors”. The “Outside Factors” in this case included the rescue team, the families, the mining company, the media and more.

To launch a new product or business it requires a project leader who is quick to adapt to an ever changing situation. Whether you are the market leader or a new entrant the landscape is forever changing and in this new world of global communication and collaboration no advantage is permanent. The project leader must manage the “Inside Factors” but be able to adapt to the “Outside Factors” including supply chain or partner changes, competitor response, and general market disruptions.

Step 1 to achieving extraordinary teamwork is awareness, awareness of the factors you can control and constantly updated on those beyond your scope.

Following are a series of questions to consider help start your project: 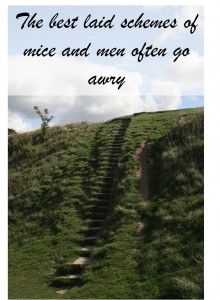 Like any project the Chilean mine disaster faced a whole series of constraints and issues including timing, resources and leadership. But it was the counter weight of purpose and hope that maintained them through the ordeal.

Rarely does a new product launch or start up go to plan – it is struck with all manner of problems and unexpected disruptions. It is during these times that your ability to adapt while maintaining a view on the end goal is paramount.

A clearly defined purpose backed by the awareness of its relevance, timeliness and ability to succeed can inspire persistence and perseverance. But if the purpose is too big then it will overwhelm, too small and it won’t inspire.

Next article will look at the second step of Extraordinary Teamwork: Acceptance.