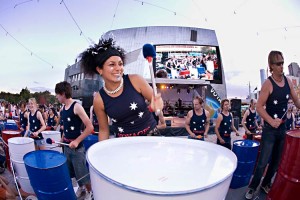 Australia is inarguably a multicultural society, and Melbourne an undeniable kaleidoscope of peoples, cultures and religions from throughout the world.

The city takes pride in its ability to celebrate the national days and significant festivals of various cultural groups and nationalities, the majority of which are given pride of place in Melbourne’s iconic Federation Square … that is seemingly, unless they’re also celebrated in the States.

A couple of months ago Federation Square was host to the Mexican Festival, a celebration of Mexican food, music, markets and dances.

While we are quick to jump on the bandwagon of cultural festivities, it seems as though Melbourne, and perhaps Australia as a nation, is less so inclined to help celebrate the traditions of our American cousins. 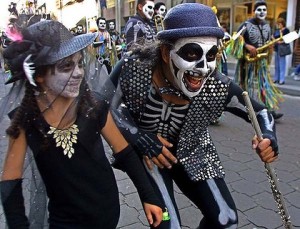 Every October social media and street press is rife with complaints about the Americanisation of our society as people gear up to dress ghoulish and get gory on Halloween, and Thanksgiving – whether American or Canadian – would be done for without the early-stocking of Christmas turkeys in the large chain supermarkets. So what is it about these occasions that have Australians so defensive?

It can’t be based on religion, because these are 2 secular holidays.

It can’t be based on heritage, because the founders of these holidays were of the same background as Australia’s colonisers.

Both countries are a product of the Brits, after all.

Halloween was originally associated with Pagan harvest festivals and had no trace of its existence in the US until the mass Irish and Scottish migration of the 19th century.

Thanksgiving, as the name suggests, began as a celebration of thanks for a good harvest and was largely celebrated by the Protestants.

Although they both began with religious origins, Halloween and Thanksgiving are two occasions on the North American calendar that are celebrated by people of all social, racial and religious backgrounds. 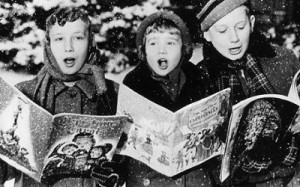 As Australia attempts to get more and more politically correct – to the extent of banning Christmas Carols from public schools in fear of offending those with divergent religious beliefs – I’m left wondering just what the purpose of multiculturalism is if not all cultures are celebrated equally.

Everyone loves a good dress up party, and there’s nothing better than getting together with family and friends in a showing of gratitude for the fortunate life we lead.

If we are to be critical of seemingly superfluous occasions, perhaps it’s high time Christmas and Australia Day are looked at a little more closely.