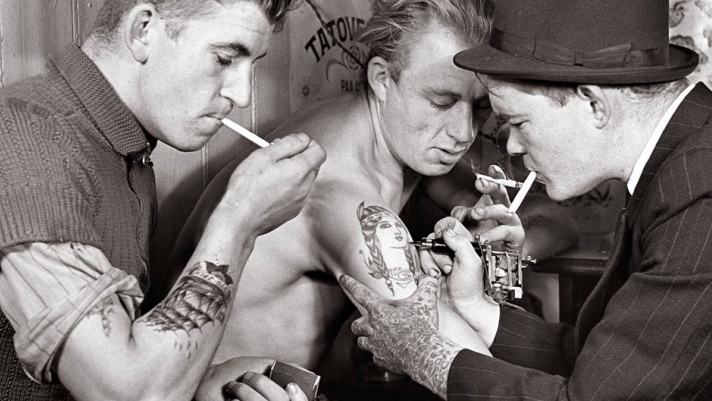 Tattooing is once again in vogue. In fact it seems that nearly everyone has a tattoo. Well, that may be a bit of an exaggeration, but it seems that many people have at some stage considered a tattoo, or at the very least had to listen to their parent’s warnings about what would happen if they ever did get one.

Although using sharp utensils to pierce the dermis layer of the skin into which colourful dyes are then placed to create permanent designs may not appeal to everyone, there is no denying that tattooing is now a very popular form of body modification for people of all ages, genders and backgrounds.

Reality shows such as Miami Ink, LA ink, London Ink and even America’s Worst Tattoos litter our television screens showcasing not only some of the world’s best and worst tattoos, but also the meanings behind them as well as talented artists such as Kat Von D. However many people have never considered the historical origins of this permanent art form.

History of the Tattoo 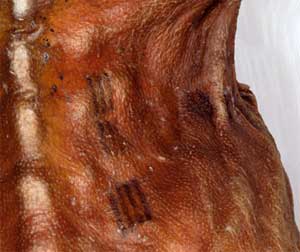 The oldest evidence for tattooing comes from the mummified body of a Neolithic hunter dubbed Ötzi the Iceman, who died in the Italian Alps in the fifth millennium BC.

After his body was found in melting glacial ice in 1991 it was discovered that he was covered with over fifty tattoos consisting of several groups of vertical lines. Archaeologists believe that these tattoos, which are located on key pressure points and parts of the body where considerable physical strain would have taken place, were intended as therapeutic measures or for pain relief.

It is known that the Egyptians also tattooed their skin in ancient times, as well as the Scythian peoples of Eastern Europe and central Asia.

Both male and female Scythian mummies that have been discovered reveal that their tattoos were highly elaborate, as they were visible signs of nobility and wealth, and that they contained mostly nature-based themes of wild and mythical animals such as griffins, stags and horses. 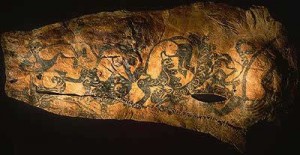 Tattooing was also widely used in Celtic cultures, as the ancient peoples of Britain were recorded by the Romans as using the ink from the woad plant to create colourful blue designs on their bodies which were intended to intimidate or terrify their adversaries.

After the ancient period, tattooing practices remained common in the different cultures of Asia, such as Japan and the Philippines, North America in the Inuit peoples and especially in the Polynesian Islands of the South Pacific Ocean.

Tattooing was reintroduced to the modern western world through the discovery of and interaction with these peoples of Polynesia such as the Tahitians and Samoans.

In these cultures tattooing held immense spiritual significance as it was thought that a person’s life force was displayed through their tattoos. 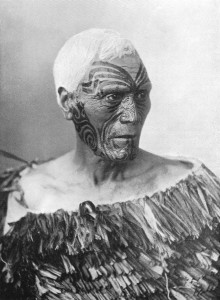 In Maori culture the full faced tattoo or moko was (and still is) a sign of prestige and high status.

Similarly in Samoa extensive body tattoos are also associated with rank and title. In fact, the word Tattoo actually comes from a Samoan word “tatau” which was used by tribesmen to describe their markings to eighteenth-century botanist Joseph Banks.

Many sailors on the voyages of Captain James Cook came back from these islands with tattoos, and soon tattooing was associated with men of the sea, becoming popular with sailors in ports around the world.

Almost one hundred years later in the nineteenth century tattooing became a fad amongst the royalty of Europe such as England’s King George V who received a blue and red dragon tattoo on his arm whilst in Japan in 1892, as well as Frederick IX of Denmark and even Tzar Nicholas II of Russia.

As with most issues relating to the intimacies of the body during the Victorian period, there are very few contemporary sources which discuss the prevalence of tattoos amongst those in society other than seamen and soldiers.

However, by the late nineteenth century it is estimated that surprisingly one-fifth of the gentry in England were tattooed, a fad which was probably spurred by the tattooing of royals such as George V. 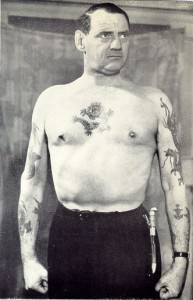 Even during the early twentieth century when a negative stigma became attached to tattooing, highly regarded figures such as Winston Churchill and Franklin D. Roosevelt also sported these permanent markings.

Today modern tattoo designs and practices are much more advanced than those of our ancestors, however the purpose is still the same: to adorn the body for aesthetic, culturally or symbolic reasons.

Anthropologists have long noted the significance of tattooing as a form of body modification stating that it has the potential to create new and sometimes irreversible identities on the human body and in culture.

Indeed, many modern people who enjoy the art of tattooing are part of sub-cultures or have a particular cultural heritage, and tattooing is often a way of identifying with such groups.

These tattoos are linked to certain cultures, traditions, groups or organizations and act as not only an identifier but they also unite people who have them. These types of tattoos are most often found in tribal groups such as the Islanders of the South Pacific or Irezumi tattoos of Japan.

However they can also be found in friendship groups, forming a type of bond between the members, or even in gangs where they are used to distinguish members from non-members.

The most common form of modern tattooing involves customized tattoos, which are designed by a tattoo artist (as per the instructions of their customer) and are often very intricate and stylised artworks. They can include portraits of loved ones or even a favourite artwork, cartoon character or line of poetry.

So if you are looking at getting a tattoo or already have several, you should take pride in knowing that you are part of a long line of people all around the work who have participated in this ancient practice of body modification.