Came across this remarkably funny, yet insightful image published by an unknown source (though purportedly released by a student from University of NSW). 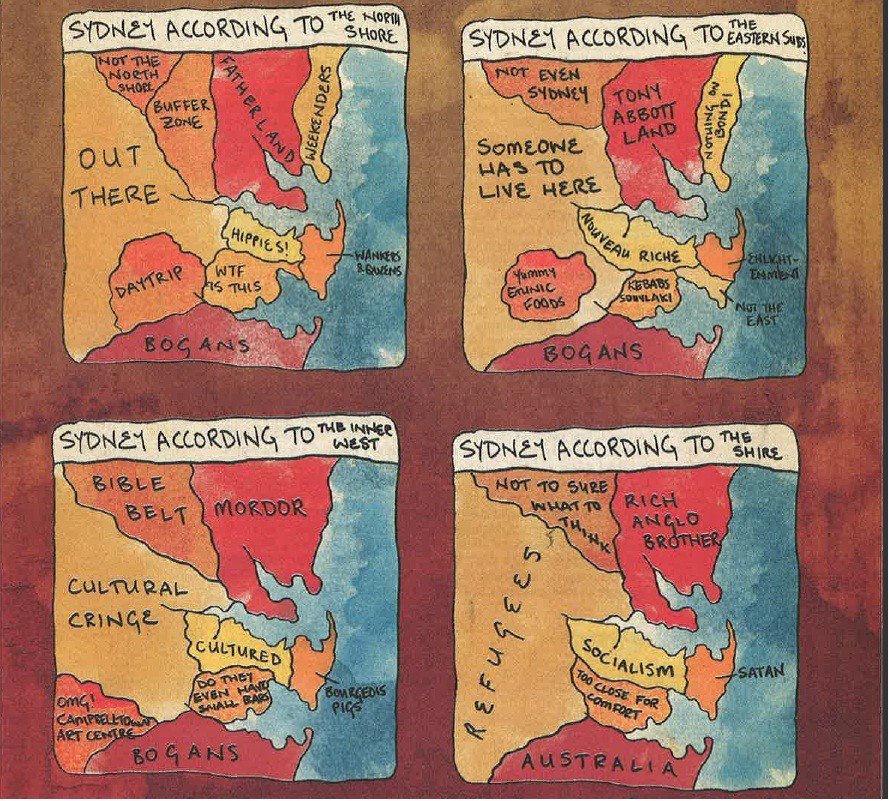 Sure it’s politically incorrect, it stereotypes Sydneysiders and its regions but like all humour there are elements of truth.

As an occupant of “Not Even Sydney”, or worse, “Not the North Shore” I escaped the attribution to a specific area. Nonetheless, found it highly entertaining and loosely relevant to our Local Look genre.

I am sure similar cultural patterns exist throughout the world, maybe inheriting different tags but naturally drawn into sub cultures of shared views and ideologies. But it takes an Australian to capture the humour that even those within the areas being derided can still have a laugh.

For the international readers I can safely assume the word, “Bogan” is not part of your vernacular. A wonderful slang word that has its localised variations throughout Australia including:

Please note, dLook does not endorse any of these views, nor I, the author … except maybe the “not the North Shore” bit!