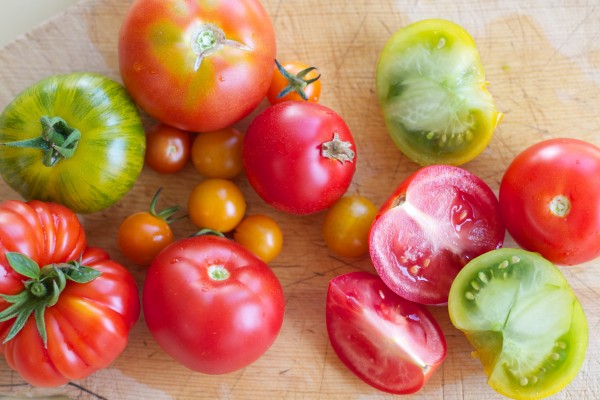 They’re red, they’re juicy and they’re found in most food dishes around the world, however five hundred years ago most people had never heard of them, let alone seen one.

When the Spanish first entered Central and South America in the fifteenth and sixteenth centuries their main objective was to find gold – and lots of it. Whilst explorers such as Cortez did come across the gold that they desired, they also unexpectedly uncovered other treasures of a very different kind, treasures that would come to shape Europe and the rest of the world in much more interesting and dramatic ways than any piece of precious metal.

What they uncovered in this new world through contact with the Native peoples of the Americas was the tomato, a seemingly strange and inedible food.

The Columbian Exchange or the Food Exchange?

It is believed that the first tomatoes came from the region of South America that is now Peru, where wild tomatoes can still be found today. The name ‘tomato’ is derived from the Aztec word ‘tomatl’, and it was the Aztecs of modern day Mexico and the Incas of western South America who first cultivated and ate the tomato as early as 500 AD. 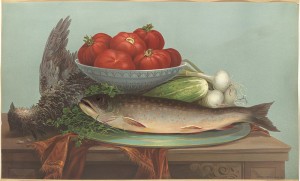 The transmission of native foods into world-wide circulation was nothing new, after all Europe, Asia and Africa had by this point been in contact for hundreds of years.  However the discovery of the Americas brought a whole new range of food into the European diet and beyond.

Foods such as tomato, corn, vanilla and chocolate inspired the food cultures of countries such as Italy and Spain that are now so recognisable. The potato, a food literally unknown to Europeans years before would even come to make up nearly the whole human diet in countries such as Ireland as it was easy and cheap to grow in large quantities. In fact, by 1840 the Irish now relied so heavily on the potato as the staple root vegetable in their diet that a diseased crop would lead to one of the most devastating famines ever seen in Europe.

Although the tomato grew easily in the Mediterranean climates of Spain, Italy and southern France, unlike the potato, it was not initially taken up with gusto. In fact, it would take at least another three hundred years for the tomato to really make its mark on the European palette. 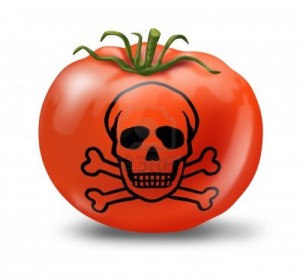 It is most likely that the first batch of tomatoes sent to Europe were in fact yellow in colour, as they were first named pomi  d’oro or ‘the golden apple’ by Italian botanist Pietro Andrea Mattioli in 1544. However, soon after their introduction to Europe in the early 1500s the tomato came to be associated with poisonous members of the Solanceae family, especially nightshade to which it bore a similar resemblance. Nightshade was known for its use as a hallucinogenic drug and was commonly associated with witchcraft, its use in conjuring werewolves and other dark practices. In fact, the tomato’s Latin botanical name Lycopersicon esculentum is testament to this association as it loosely translates to ‘wolf peach’.

Thus, the early tomato, which ranged in colour from yellow to green to red, was left to ornament the tables of European homes, as one Italian aristocrat Giovanvettorio Soderini explained that they “were to be sought only for their beauty”.

By the French the tomato was considered somewhat of a novelty as their name for it pomme d’amour or ‘love apple’ suggests, as it was seen to have aphrodisiac properties.

It was not until the late seventeenth and early eighteenth centuries that the tomato lost its stigma and slowly began to be incorporated into European, Middle Eastern and Asian Cuisines. 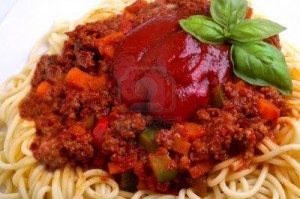 century America, where the tomato was (ironically) re-introduced by European immigrants, people were still hesitant to eat the fruit because of its long associations with being poisonous. The legend states that on September 26th 1830 a man Colonel Robert Gibbon stood on the steps of the courthouse in Salem Massachusetts with a basket of tomatoes and proclaimed that he would eat the whole thing to prove that they were not poisonous. As a group gathered around him and he consumed the fruit, many expected him to begin foaming at the mouth and drop dead from the poison. However to their surprise he finished the whole basket and survived.

It was not until the mid-nineteenth century that the uniformed varieties of tomatoes that we now find on the supermarket shelf existed. These large red tomatoes that are used in modern cooking were developed by an American man, Alexander W. Livingston, who cultivated and bred the wild tomato varieties into the stable breeds that we know today. By the late nineteenth century tomatoes were all the craze, and soon after in 1897 Joseph Campbell came out with the first ever can of tomato soup, easily delivering its flavours to the mouths of many, and later, with help from Andy Warhol, solidifying the tomato’s place in pop culture history.

Now the tomato is eaten in dishes from America to Asia and everywhere in between. It has come to define some of the most iconic national foods of various countries such as spaghetti bolognaise in Italy, ratatouille in France, sev tomato curry from India, and tabbouleh from the Middle East; and it is famed worldwide as a hangover cure.

There is even a national festival La Tomintina held for the tomato in the small Spanish town of Buñol in which participants get down and dirty (literally) with tomatoes in one of the world’s biggest food fights – proving that receiving a blow to the head from a thrown tomato is probably more dangerous than eating it ever was.