As a large city perched on the edge of the continent close to the Pacific Ocean, Sydney’s climate is largely kept in check by oceanic factors.

With average summer temperatures of 18 to 25˚C, Sydney sounds like a walk in the park as far as weather is concerned.

However, as most Australians will tell you, averages are far from day to day weather.

It’s Getting Hot in Here 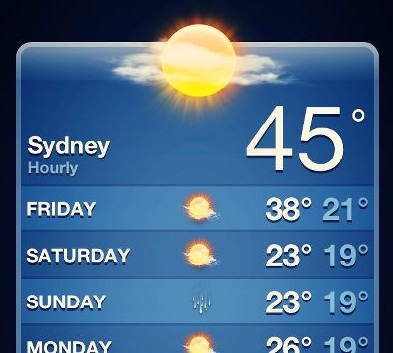 Yours truly was lucky enough to spend the day in an air conditioned office, but come closing time I was ready to jump into any viable body of water to escape the heat.

While average and maximum temperatures change year to year, there has been a noticeable increase in Sydney’s summer temps over the last decade.

Cloudy with a Chance of Rain

After many tense days and nights under the constant threat of bush fires, the Australian climate has done what is does best; made a u-turn. 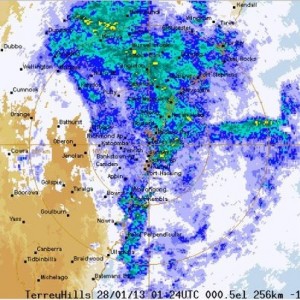 Just as we’ve started to adjust to a hot, dry summer, Sydney has been lashed with torrential rain, the overflow of much more serious flooding in southern Queensland.

While Sydney’s downpour in January adds up to 100mm on average, we’ve been lucky enough to receive the full quota and more on a single day in years past.

While climatology is rapidly advancing, what’s on the cards for Sydney still remains somewhat of a mystery.

A report by CSIRO relates that by 2030, Sydney-siders can expect more days over 35˚C, increased risk of fire, high winds and lower annual rainfall, but more intense extreme rainfall events.

It might not sound like a pleasant forecast, but we’ll just have to wait and see how things shape up.