… and it certainly does!

DogShaming originated as an internet meme in August 2012 on Tumblr, when a photo was posted of a Dachshund who had eaten its owner’s underwear with a sign explaining the event.

Since this first post DogShaming has gone viral as thousands of dog owners from around the world have sent in photos of their dogs with a sign (often around their neck) which describes their naughty, hilarious and sometimes just plain gross behaviour.

However its not just reserved for dogs, with pictures of other animals, or co-species culprits, being added daily as well.

Why some may wonder what all the fuss is about, but this FunkyMonkey thinks that this blog is hilarious and it’s hard not to laugh over the shared experiences of pet owners around the world. 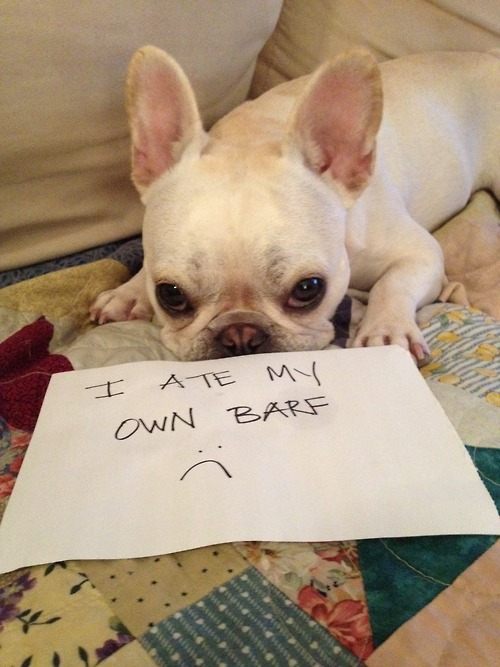 So has your pooch or feline friend being acting up lately? Do they need a healthy dose of shaming? Head over to DogShaming and post your pet’s mugshot today.