What do the film The League of Extraordinary Gentlemen, Victorian corsets, goggles and steam engines all have in common? 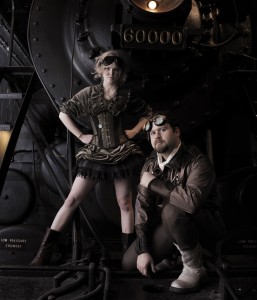 Whilst this mix of items may seem to have absolutely no relevance to each other at all, they do relate to a fascinating subculture. Modern society is ‘SteamPunk’ is essentially an artistic movement that is based around an alternate modernity as envisioned in the past.

Basically steampunk uses historical ideas to create a hybrid vision of a future that resides in the spirit of a past age.

So essentially steampunk is a sci-fi subculture with a twist – it locates itself in a past aesthetic whilst looking to the future, or more specifically, what an alternate future could have looked like to someone envisioning it in the nineteenth century.now composed of a whole myriad of subcultures: punk, goth, emo, rockabilly and even hipsters to name just a few.

However one subculture to recently gain wider public attention is Steampunk.

What if electricity and all its attentive products such as computers had never been invented?

What if our modern gadgets still relied on out-dated technology such as steam engines to work?

This is the idea of steampunk explores and it’s no wonder the movement attracts artists and design students who use their talents to refashion modern technology into steam powered contraptions, and create objects and clothing that would fit this alternate world. 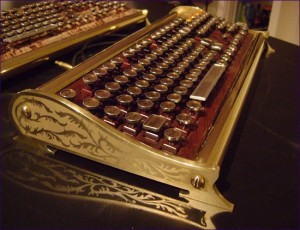 Although the movement of steampunk has only recently gained widespread attention, it has actually been around for over a hundred years.  Though the modern subculture of steampunk began in the 1980’s, its concepts come from the aesthetics of early twentieth-century works by H.G. Wells and Jules Verne which envisioned futuristic technology made with the mechanical materials of the Industrial Revolution such as steam, turbines, pistons and brass.

Although started by artists, it was really the internet that saw the subculture boom as it allowed people with an interest in Victorian, Edwardian and Industrial Revolution aesthetics to connect with others who also shared these interests. 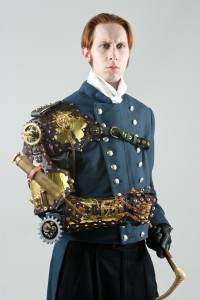 Whilst Science Fiction Literature and industrial inspired inventions comprise parts of this movement, it is most recognisible in its use of historical clothing and costumes.  The styles that have come to define the movement draw on the Victorian to Edwardian style periods (1801-1910), most notably corsets, gowns, frock coats, top hats, pocket watches, goggles and compasses are all items of clothing which define the movement. As with all areas of steampunk these clothing styles are not totally historically accurate, merely a style which incorporates historical styles in a way that they might have been envisioned in an alternate future.

As well as being an inclusive subculture, steampunk is also big business. Nowadays, you can buy a whole range of steampunk themed items from clothing, to jewellery, ornaments, artworks and music. However at the heart of the movement is still the creativity of its members who design and make their own outfits as well as refashion modern technology to meet the aesthetics of the subculture.

There are many steampunk societies and conventions in Australia, the largest being ‘Steamfest Australia’ that showcases cosplayers, artists, performers, authors and musicians.

Go to the SteamfestAustralia website to find out more.