Every year it seems that more and more Australians are hosting Eurovision parties. Deep down many of us have a hidden love for annual over-the-top song contest held in Europe.
This loving adoption of a contest in which we, as a nation, will never actually be able to compete in has left many on the side lines wondering: Why does Australia love Eurovision so much?
Well, whilst we can unanimously say that it’s definitely not for the amazing songwriting there are many things to love about Eurovision! Keep reading as Sarah takes a look at just why Australians love Eurovision so much. 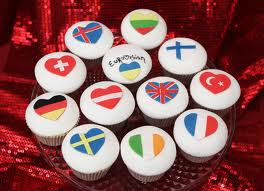 The first, and most obvious answer to the question as to why so many Australians love Eurovision is that we are culturally tied to Europe. This makes sense considering many of us originate from the great continent up north, whether our families emigrated or we ourselves were born there.

You will often see people at Eurovision parties backing the contestant from their country of origin, and displaying national pride in a way that only antipodeans can. Or those with no European heritage also find a country to support (usually the one with the most ridiculous routine). You see? Eurovision brings people together.

Ah the costumes, all the weird and wonderful costumes. If you’ve never watched Eurovision then you are truly missing out. 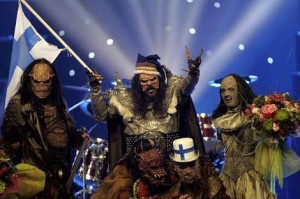 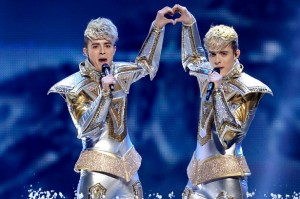 Sometimes it’s like the Sydney Mardi Gras gone wrong and sometimes you wonder whether Lady Gaga has dressed the performers. In the world of Eurovision costumes there is never a dull moment.

Take for example those annoying Irish brothers Jedward and their knight/space outfits in 2012 (possibly inspired by the Ukraine’s 2007 act).

Or this year’s entry from Romania who looked somewhat like a modern metrosexual Dracula. An all-time favourite though is 2006 winners Lordi and their rotting monster inspire outfits.

Eurovision also gives us a chance to dress up in national costume or like the performers, and this is where most fun at Eurovision parties is had.

Eurovision is just the excuse we need to pull out the lederhosen and sequins. 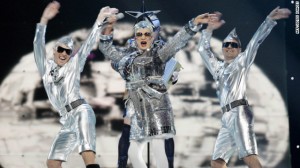 One aspect of Eurovision that always delivers is dance. Whether it is to distract viewers from how bad many of the songs actually are, or what little stage presence some of the singers have, the dancing is always pretty good.

This year’s competition saw dancing Swedish meatballs in the hilarious half-time show staged by Swedish host Petra Mede. Whilst the Ukraine’s 2007 entrant was a dancing Drag Queen with backup dancers and a questionable taste in dance moves. 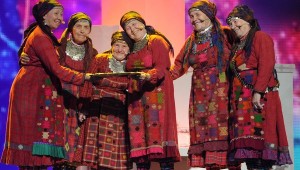 Many of us watch Eurovision for the cultural experience. We find ourselves backing nations we’ve never heard of before (Azerbaijan? Had anyone heard of that country before they won Eurovision?) because of the cultural spectacle of their act.

Although Eurovision abandoned rules which stated that countries had to sing in their official language(s) in 1999, some countries still continue to and most will mix it with traditional folk music/dancing – making Eurovision a euro trash adventure through the traditional side of Europe.

The gimmicks used by Eurovision performers to grab audience votes are always the highlights of the show. This year Ukraine’s performer Zlata Ognevich was carried on stage by America’s tallest man who was dressed a giant – how very Princess Bride. 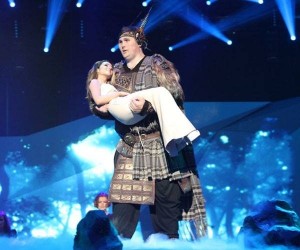 In 2009 Germany’s entry was accompanied by a routine by burlesque start Dita Von Teese, whilst Switzerland’s 1979 entry featured a group who played various garden tools including a watering can.

And let’s not forget that adding a really old person to your act also gets you noticed -for the runners up of Eurovision 2012, Russia’s Buranovskiye Babushki (the singing Granny’s), it certainly got them noticed!

Last but not least, Eurovision gives us an opportunity to do what we as a nation love doing the most, drinking.

Whilst British Eurovision host Graham Norton was warned not to start drinking before the fifth song of the contest, lest he be totally sloshed by the 26th performance, this rule does not apply for the audiences at home. 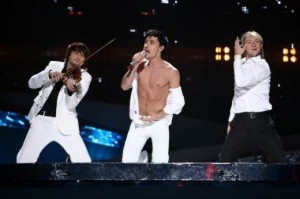 Many drinking games have popped up around the contest with rules designed to do one thing: get you very, very drunk.

Favourites from these games include drinking every time: a performer winks at the camera, is shirtless, an accordion appears on stage, there is glitter or rhinestones (if this rule is strictly observed the bottle will never leave your lips), someone is wearing a costume of national dress, pyrotechnics, yodelling and much, much more.

Finally, Eurovision gave us ABBA. What more can I say? 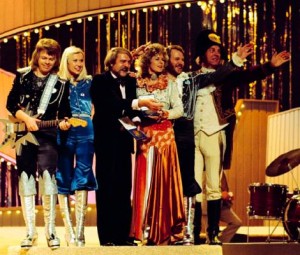