Filthy Teens, pseudonym for Sydney school-goer Fernando Benavides, is an up and coming project produced purely and entirely by Benavides himself. Recording within the constraints of his bedroom, he finds his sound through experimentation and by simply drawing from his influences.

I put a few questions to Filthy Teens to see where he’s at now, what is coming up and ultimately, what Filthy Teens is about.

Filthy Teens is set to release an EP in the near future, as well as a music video release for the up and coming single off of the EP. 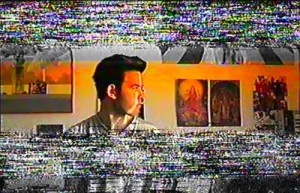 Caitlin: Describe Filthy Teens in 25 words or less.
Filthy Teens: Filthy teens is my own musical project where I write all of the songs and record all of the instruments myself.

Caitlin: What is your biggest achievement so far?
Filthy Teens: Everything that I’ve put out so far has been very rough, so I’m not really proud of anything. But getting played on Triple J Unearthed was nice.

Caitlin: That’s a huge achievement. Are you working on anything at the moment?
Filthy Teens: Yes I am! Everything has been kind of delayed due to school, but I’ve been working on an EP for the past few months, so that will hopefully be out soon. I’ll probably be putting out a single before the EP though.

Caitlin: Who would you consider to be your biggest influences?
Filthy Teens: I guess musically it’s constantly changing. When I first started the project, it was more so me trying to write and record lo-fi songs, which is what I enjoyed at the time. Further down, I realised how much I enjoyed writing pop songs, which are just masked in different sonic layers. I feel like with the EP that I’m working on, each song has their own personality. It’d be very easy to play spot the influence for each track. But, I’m definitely heavily influenced by people who are constantly putting out music, like Ty Segall and John Dwyer.

Caitlin: Your band has a really cool image, in terms of your artwork. What inspires your artwork?
Filthy Teens: Thanks. I think it’s important for bands to have good imagery; it’s a representation of you and what you’re trying to accomplish. Music is art, so everything coincides. Plus, I enjoy doing all the artwork.

Caitlin: What sets you apart from other artists?
Filthy Teens: I don’t really think anything really sets me apart as an artist, but that’s just me being honest. We’re in the 21st century, and everything just seems like a copy.

Caitlin: It’s cool you’re still in school and balancing this project. Are you considering taking it further after you’ve finished school?
Filthy Teens: I’ll have to see how successful the EP is. I definitely want to play a few shows through this project, but if it doesn’t work out, I have other bands/recording projects that I can focus on.

Caitlin: And to wrap this up, if you could tour with any three bands, active or inactive, who would it be?
Filthy Teens: That’s difficult. Probably Girls when they toured the ‘Father, Son, Holy Ghost’ album with the three backup vocalists, which was rad. The other two would be Unknown Mortal Orchestra and The Flaming Lips. 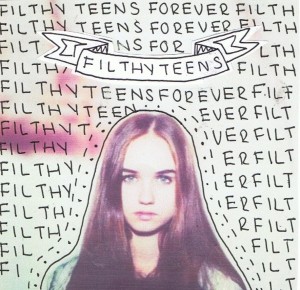