Whether you’re taking happy snaps as a tourist or bringing your shiny DSLR out to play, there’s a lot more to photographing Sydney than a big white building and a bridge. 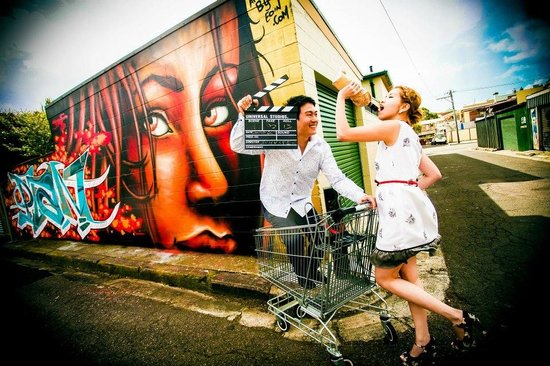 If you’re a local, you’d know – the most talked about places are ones that are often off the map, down dodgy looking allies and in suburbs you’ve never heard of.

The same goes for the makings of beautiful photos in the city – you might get some nice ones of the harbour, but the ones that will really capture attention are hidden away and waiting to be discovered.

Instead of trying to reinvent a photo of the harbour bridge that’s been taken a million times, take a picture that tells a story, that makes people wonder where it was taken, rather than know right away.

Some great places to start looking are the constantly evolving graffiti allies of Newtown, the bright, colourful farmer’s markets in Marrickville and harbour beaches and docks further inland.

Sydney provides brilliant examples of contrast; take for example the cool, impenetrable facades of skyscrapers against the background of a pale sunset with soft clouds.

It’s not always easy to find contrast right in the heart of the CBD – there is very little natural substance to compare to the mass of anthropological structures.

However, there are thousands of other starkly contrasting elements everywhere you look, from textures and colours through to size, shape and shadow.

If your strength is straight lines and symmetry, then Sydney will present you with endless opportunities for excellent pictures.

With train tracks, streets, power lines and buildings all constructed to be perfectly symmetrical, you’ll have no problem finding a great shot.

A Playground of Subject Matter

One of the best things about Sydney in terms of taking pictures is its variety and versatility. 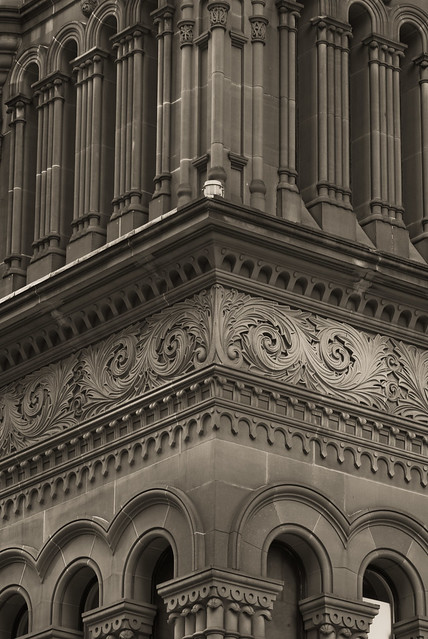 If you took a series of pictures during the day, then came back and took those same photos at night, you’d have a completely transformed series (given of course that you had some light and they all didn’t turn out black…) – the same goes for weather conditions.

The sheer size of the city also means that there’s something for everyone – whether you want photos of monuments and sandstone buildings or candid shots of people enjoying a sunny afternoon in the park, you’ll find it.

Sydney also offers a great platform for budding professional photographers; from the live music scene through to photo journalism, night clubs and countless special events, you’ve always got a chance to pick up your camera and make a name for yourself.

Tell us about your experiences photographing Sydney or post some of your favourite Sydney snaps.