Bold, bright and confronting – graffiti is all over Sydney, from murals with a message to incomprehensible tags that infuriate home owners.

Along with views on religion and immunising your children, graffiti is considered by many to be one of those taboo, off limit topics during afternoon BBQ conversations.

So let’s hear each side state their cases:
A research project called “Sydney Graffiti Archive“, put together by the University of Western Sydney says

“graffiti’s transgression is a critical constituent of Sydney’s everyday cultural heritage that cannot simply be written off because it fails to satisfy a normative communicative agenda.”

“our residents have told us that clean walls are a sign they live in a clean and safe neighbourhood.”

With such a stark contrast of views, it’s no wonder that graffiti remains mysterious and abstract concept to many people.

The Cost & The Pay-off 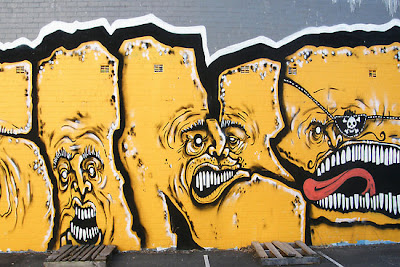 Because many people are so rightly or wrongly against the presence of graffiti, the City of Sydney removed 242,797 pieces in just one year, with an annual average cost of around $3 million.

On top of the dollar costs, the eco-aware also realise that both spray paint and the chemicals used to remove it are a potential environmental hazard.

So is there any real benefit to graffiti? Arguably, yes.

The city of full of lane ways, abandoned buildings and tunnels that are often dingy, lifeless and somewhat sterile; graffiti has the potential to add not just beautiful and inspiring art, but be captivating and enticing, breathing energy into dead spaces.

The Meaning in the Madness 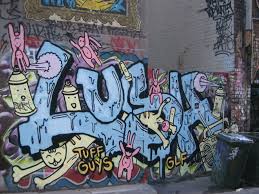 So what does it all come down to?

Many people are under the impression that graffiti is nothing but scribbles and funny drawings, but in reality, it is much more complex and delicate.

Graffiti is a medium for people to grieve, warn, celebrate and rally – meanings which are not always clear the first time you glance at a big bubble of coloured letters or a giant mural of Ganesh.

While it’s not very likely that graffiti will ever be well loved or encouraged, it does have a certain spark and lovable mischief that brightens many gloomy spaces beside train tracks and between buildings.