If history has shown us anything, it’s that no one really wins war – it’s a more a matter of losing to a lesser extent. What will happen when the supermarket war finally draws to a close?

It’s All Your Fault 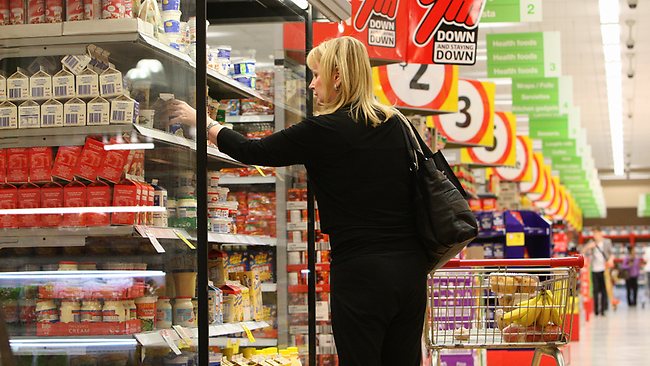 There’s one thing driving the supermarket war, and it’s currently reading this sentence.

The prejudices, opinions and buying behaviours of consumers is precisely what drives supermarkets to out-compete one another.

But it can’t be a bad thing, can it? Doesn’t it just mean that I’ll be able to spend less on essentials like bread and milk?

It might sound good for your back pocket, but crazy mark downs on every day items don’t come from no where – someone has to bare the brunt of that reduction, and 9 times out of 10, that person is the producer.

Whether it’s a wheat farmer in NSW central west or a dairy farmer on the coast, the bottom line is that if you pay less for their products, they receive only a fraction of the money their products deserve when it comes time for them to sell.

Of course there’s the argument that these producers could just sell to another processor, who will charge you more for a premium product and thus pay the producer more for it.

However, these types of contracts are in short supply, as supermarket brands begin to monopolise product after product in an effort to drop prices store wide.

Animal welfare is often an emotional topic and many consumers have iron-strong opinions based solely on what they’ve heard in the media and from extremist activist groups such as PETA and Animals Australia.

As a large proportion of supermarket sales centre around animal based products, it seems that they have “cashed in” on promoting animal welfare as yet another battle strategy.

Both Coles and Woolworths have made a promise to phase out cage laid eggs, in favour of those produced in barn and free range systems.

To anyone without a reasonable amount of exposure to the poultry industry, confinement of laying hens in cages may seem like an outrageously cruel thing to do.

What most people don’t realise is that a significant amount of research has gone into laying hen housing, with surprising results, which have largely been repressed by corporate entities.

In March last year, a lecturer of mine (Dr Jeff Downing), published a study which found that levels of a key stress hormone are equivalent in the three housing systems, meaning caged birds are no more stressed than birds in a barn or those with access to outdoor areas.

In addition, legions of studies have shown that both barn and free range systems put birds at significantly higher risk of death due to disease, cannibalism and predation.

While it might seem like a win to ban cage laid eggs, this comes as a huge blow to those farmers which have spent their life building and maintaining cage laying facilities, who may not be able to afford conversion to a barn or free range system.

So in the end, it doesn’t really matter who wins the supermarket war, because thousands of Aussie producers will have lost the battle and been forced out of the industry.