As we battle raging flames in one of NSW’s worst bushfire seasons to date, it’s clear that bushfires are certainly not just a thing of the past.

Part of the Deal 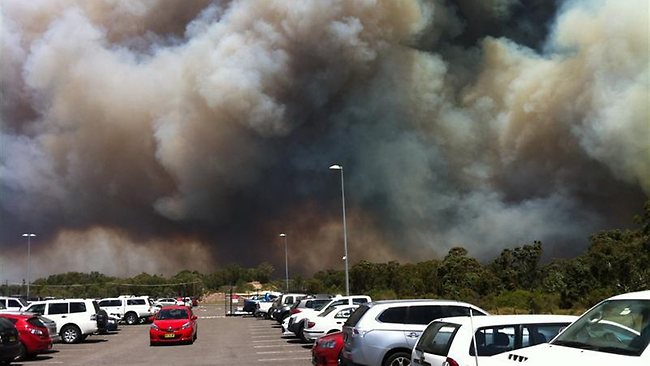 Just like the residents of the Pacific Islands who live with the constant threat of disappearing underwater and those of Tokyo fearing earthquakes, living in Australia not only carries the risk of the world’s most venomous snakes and spiders, but the seasonal threat of bushfires.

Most bushfires in Australia happen around the dry, hot summer – typically from the beginning of October through to the end of March.

Bushfires typically result from a significant build up of dry vegetation when a spring flush is followed by extended periods of high temperatures and no rain, with ignition provided by lightning, machinery, power lines, car accidents and camp fires.

It’s rare that more than 2 or 3 years pass without a massive, devastating bushfire somewhere within NSW.

Episodes such as Victoria’s Black Friday have shown us all too clearly just how deadly and damaging bush fires can be.

An example of the scale of these impacts are figures from NSW’s Black Christmas bushfires in 2001:

But it’s not just humans that suffer – whole ecosystems are wiped out during fires, and while many native plants have rapid regrowth in the very fertile ash, others are unable to re-establish in burnt areas.

The NSW Rural Fire Service is a huge team of people involved in not just fighting fires, but logistics, first aid, catering, aviation support and communications – most of which is carried out by volunteers.

If you’re over the age of 16, you are able to volunteer your time and support both in emergency situations and in the off season, when many other important tasks such as back burning are carried out.

If you can’t volunteer, donating is another great option, which is a particularly good way for businesses to get involved, whether it’s fundraising with a bbq or donating food, blankets and pet supplies during emergencies.