Sometimes it may flit across your mind – what if this website is dodgy…is there someone watching what I  type into the Google search bar? But in reality, the world of internet crime is more complex and sinister than most would imagine.

Always A Step Ahead When the ability to go online first became accessible in the civilised world, to some it was a moment of epiphany and a gateway to a new world, without laws and particularly, law enforcement.

While the legislation side of things certainly developed quickly in response to a tidal wave of scams, sexually explicit content and theft, the ability to catch and prosecute cyber criminals was a stickier situation.

As the internet developed, so did the people using it, finding loopholes in the law, different ways to get around security settings and an increasing variety of illegal uses for a tool which had and still has the potential to do so much good.

Where Are We Now?

With countless memes and even a South Park episode about the NSA (the US “National Security Agency”), many people have come to understand that Government bodies know that you secretly Google Taylor Swift lyrics and “how do I make my girlfriend forgive me quickly” at least once a month.

With civilian surveillance in the spot light, the commonly named “internet police”  are in fact much more interested in things which seem a threat to “national security” and human rights or are clearly linked to criminal activity. 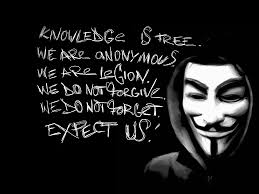 While some people think that taxes and government funds are spent unnecessarily on policing the internet, the history of cyber crime is almost impressive – if not for the billions of dollars it has cost and the lives it has endangered.

In January last year, Zappos.com, the largest online shoe shop in the world, was the victim of a mammoth security breach, from which hackers collected the cc numbers, addresses and personal details of 24 MILLION shoppers.

Gary McKinnon, who admits hacking into both the Pentagon and NASA is also accused of causing US$70, 000 damage to US military systems, but remains a free man due to ongoing legal battles over extradition from Britain.

While undesirable in the eyes of some and powerful leaders in the eyes of others, the “hacktivist” group Anonymous which originated from the website 4chan in 2003 has become well known for their attacks targeting the Church of Scientology, Westboro Baptist Church, anti-piracy initiatives and large corporate figures including Pay Pal, MasterCard and Visa.

Who knows where the next decade will lead us – to more crippling and treacherous crimes or to a new level of online law enforcement?