You might be scared of sharks, but how comfortable are you with killing hundreds of them so you have a slightly reduced chance of meeting one in open water? 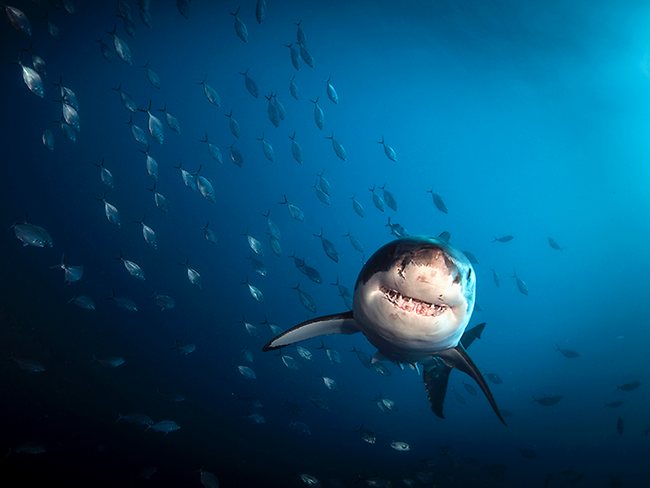 Western Australia is famed for three things – its booming mining industry, its beautiful expanses of untouched wilderness and the captivating variety of sea life off its scenic shores.

Sea life of all shapes and sizes flocks to Australia’s coast, following population explosions of key prey species such as krill.

This means that WA waters are abundant in not only magestic mammals including whales and dolphins, but also in top predators such as great white sharks.

The waters off both Western and South Australia are key habitats for the Great White, potentially acting as important areas for growing and breeding.

The WA state government has announced that shark attacks in WA are at an unprecedented high, with 11 fatal attacks in the last 10 years (compared to 150 fatal car accidents in WA in the last year alone).

As a result, they plan to instate baited lines 1km from shore in “marine monitored areas” which will be regularly checked and any captured sharks measuring over 3m culled on site.

This will occur alongside an increase in aerial and beach patrols, enhanced public education and more prominent signage of beaches.

In the end, culling sharks is likely to do two things – encourage a lot of public outrage and kill sharks which by all rights should be a protected species.

Culling is by no means a solution; it will not stop sharks from nearby areas migrating into WA waters, it won’t stop their inquisitive nature and it certainly is not going to be beneficial for our ocean ecosystems.

While culling can be an excellent management tool, most would agree that it’s best reserved for invasive species causing billions of dollars of damage to agriculture and harm to our native species.

So what’s the answer? If you don’t like the odds of meeting a shark in the water, don’t go swimming!