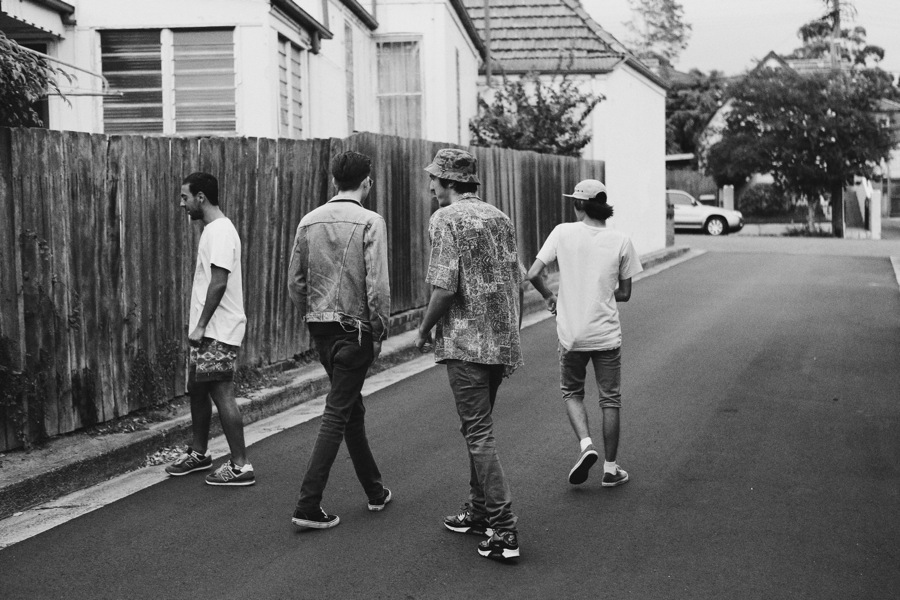 Jody are this cool new “inner west mope rock” band with some excellent music making skills. Their shows are packed with a tonne of energy, paired with some pretty skilful instrumentals, and possibly some of the best bouts of showmanship I’ve seen in a while. Their energy and sound is nothing short of refreshing, and definitely sticks true to this ever-growing indie-power-rock culture emerging from Sydney’s inner suburbs. Jody are set to record and release an EP in the forthcoming year, and will heed this with a heck of a lot of shows. Be sure to catch one.

I sat down with the boys from Jody to talk about their upcoming schedule, share some light-hearted banter and reminisce on some of the highlights of the past year. My photographer friend, Bec Martin, came along with me, and she is responsible for all of the photos attached to this article.

Caitlin: How would you guys describe your sound?
Dom: I don’t think we have an individual sound. I think we all collectively take influence from a whole bunch of different sources.
Matt: The best way to put it would probably be alternative.
Dom: What did you write in our first bio? Bone crunching mayhem indie? Or something like that?
Matt: Yeah, that was when we were going to be a funk trio.
Dom: Oh, actually, I would describe us as inner west mope rock.

Caitlin: It says on your Facebook page that you guys started with a “furious rendition of Radiohead’s ‘Paranoid Android’”. Do you have any other major influences that you would consider?
Dom: Well, yeah, I guess Radiohead would definitely be one. I know we all really like the Arctic Monkeys. But then, individually, we all have certain bands that we would love to sound like, I mean, I really love The Replacements.
Mason: The Gaslight Anthem
Matt: I’ve always been into really abstract and experimental beats and flows.
Nick: The Wiggles, Kanye West.
Dom: But Nick likes poppier stuff, like San Cisco. So we all have different influences.

Caitlin: That’s cool. You’ve got all of the different aspects of the music world in there. Also, 2013 saw a pretty big year, what with heaps of gigs, a few radio performances, and you played at a few parties too. What would be some of the highlights of the year?
Matt: Well, we got to work with Jake Stone from Bluejuice. He’s been our producer. Well “loosely”.
Dom: He’s a friend of ours, and I was like hey, come down and help us record, and he pretty much said “Yeah, sure.” So we did our single with him, and we mixed it at his [place]. I think my highlight was when we were mixing, and we got hungry, and he took me on his motorbike to go get dumplings.
Mason: I think Melbourne was mine.
Matt: We played on the 5th of January last year at a club in Melbourne, it was pretty sick.
Dom: Just being a touring band was something that we’re all excited about. Gig wise, we played at The Lair at the Metro Theatre twice. We just played a whole bunch of gigs, and that was definitely a highlight.

Caitlin: Okay, so you’ve got heaps of highlights. What do you think was your biggest achievement?
Matt: Well we got played on FBi radio a few times.
Mason: Then that bizarre Canberra radio station too.
Dom: When radio stations would message us being like “Hey we’re going to play your song,” that was pretty cool. Because it made us think that it wasn’t just our friends that listened to our music, and that people are actually listening. Like it’s cool having 20 of your mates at shows, but it’s nice to see that other people appreciate your music too. 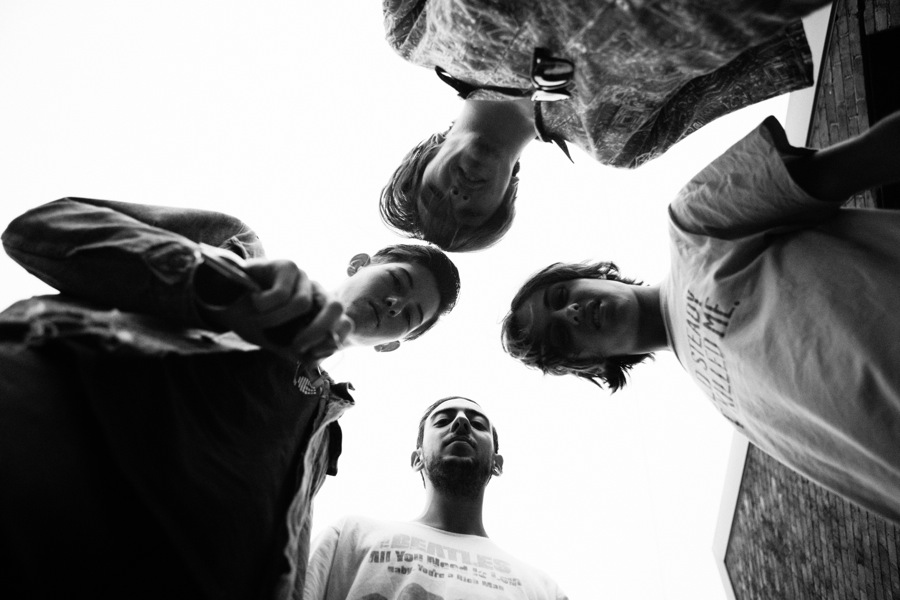 Caitlin: For sure. Do you guys have any recording plans for 2014?
Matt: Absolutely. We’re going in towards early to the middle of the year, and we’re going to record our first EP. So, we’ve got a pretty cool plan with that.
Dom: We’re going to go down to the coast and rent a house for a week, and just sort of live there, and make the EP. We want to get away from the recording studio, and go and do it in a live space. Just have fun with it as well.
Mason: Live recording would suit us.

Caitlin: What’s the writing process like? Do you have a certain way that you go about it?
Matt: It’s usually either myself or Dom that comes up with the riff or chord progression, and then we build over that. One of us usually writes vocals for it.
Dom: There’s a couple where I do the chorus, and Matt does the verse, and literally, even with that, you don’t even know what you’re singing half of the time. It’s just half and half, like it’s completely split in a sense that whoever sings it, gets to write the lyrics. 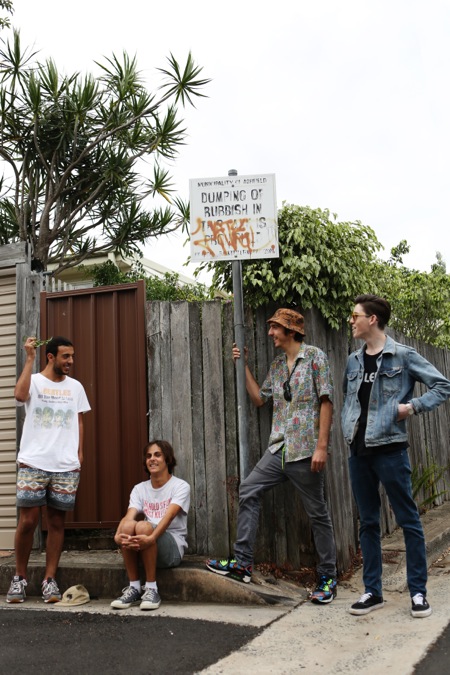 Matt: These guys romp in their rhythms [Mason and Nick].
Dom: Yeah, Mason and Nick; they have complete input over their parts as well. So, it’s a pretty even writing process. Matt and I sort of write the bare bones, and these guys, [Mason and Nick] definitely add on something that makes it a real song.
Matt: It’s always done in the same rehearsal space. If a song’s not working within 10-15 minutes, it’s out. We won’t work with it again.
Mason: We just get bored.

Caitlin: So, what’s coming up in 2014 for JODY? Any major plans?
Dom: Yeah, we’ve got two [gigs] this month and one in February. Hopefully we’ll get to play, if not a tour, but a whole bunch of Sydney shows at places like The Vanguard, maybe even Goodgod [Small Club], places like that. Just cool spaces that will have us.
Matt: We’ll try and get a few support gigs around the place, see what we can come up with.

Caitlin: And to wrap it up. If you guys could tour with any three existing bands, who would they be?
Mason: Should we have a quick meeting on this one?
Jody: Fidlar, Mayer Hawthorne, and One Direction. Harry Styles is a fox.