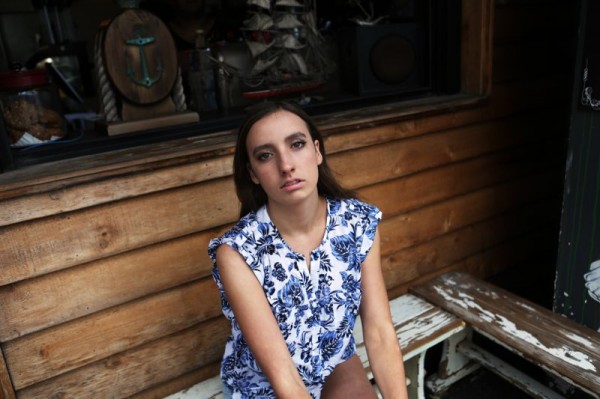 From her childhood, Sarah Thompson has known that she wants to play music. It took her a couple more years to realise that she wanted to pursue it professionally. High school has seen Sarah begin to write and perform originals, as well as shoot sky high to debut at the third slot in the Triple J Unearthed High competition. Sarah dignifies herself with a powerhouse voice, one of huge intensity. She’s begun taking her sound around the beaches, playing local shows and such with her band compiled of some of her best mates.

Myself and photographer extraordinaire Bec Martin, traveled to Manly to talk with super bubbly Sarah about how it is balancing her school life with her music life, as well as chatting about the exciting year 2013 was for Sarah, what with the launch of her Facebook page and the sudden surge of love she received from the Triple J Unearthed community. 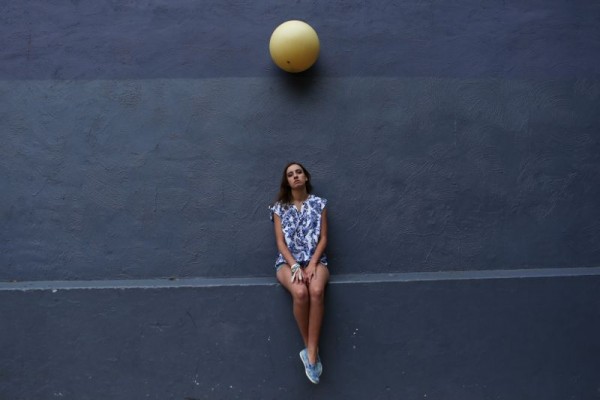 Caitlin: So you’ve had a pretty stellar year this year. Gig wise you did quite a lot of stuff. I remember seeing on your Facebook that big thank you post to everyone.
Sarah: Yeah, I really needed to do that, because so much happened and I needed to tell everybody thanks, because you don’t get a chance at every gig. But oh yeah, it was really crazy last year.

Caitlin: What would be your favourite moment of last year?
Sarah: I entered Unearthed High last year. I didn’t get in as a finalist, but, when I got there, my song debuted at number three, like it jumped straight up, with so many downloads. And I was like “woah, this is crazy”. And just from that, I didn’t just reach people from the beaches, but I reached people all over new south wales and into other states! Definitely a huge thanks to all the people who’ve promoted for me in Queensland, Victoria, South Australia and Western Australia; I wouldn’t have dreamed of these things that I’ve achieved! It’s just been really cool, and I’d say that everything kind of panned out from there, so I’d say that would be my highlight. 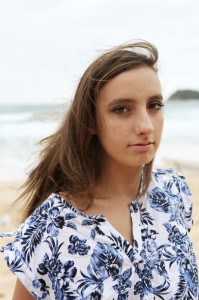 Caitlin: Oh yeah, that would have been such a good start to the year too.
Sarah: Yeah, this was like the middle of the year. So I dropped my Facebook page, like a month before I entered, and it suddenly just went nuts.

Caitlin: I’ve noticed that you’ve got a really diverse sound in your tracks, as well as having such an amazing voice too. So how did all of this begin for you? When did you start to realise music was your thing?
Sarah: I’ve always done music. It’s just always been a thing since I was really little. I don’t know, just always singing about. But then I started taking it seriously, about the beginning of year 10. I’ve been writing for ages, doing in school stuff and out of school stuff, but I’d never been like, woah, I should do music as a career. And you know, I had my first gig down at an open mic night at the library in Manly, and didn’t even do any originals, just did all covers. I guess that’s how it all panned out.

Caitlin: Yeah, you’ve got quite a range of originals as well. What’s the writing process like?
Sarah: No song is quick to write. Some people are like “I wrote this song in an hour”. I’ve done that once and I still have that song, but some of the stuff that you hear that I’ve recorded would stem from writing random riffs when I’ve been jamming, and been like “Ooh, I should use this.” I had gigs coming up so I wrote them as quick as possible. It’s really cute; I live near Manly Lagoon, so I walk down with my guitar, and I sit down and just write. I’ve got a place. I can’t sit down and write in my bedroom, it just doesn’t work. I’ve tried, and nothing happens. So I write there, and that’s where those songs are born. But then, I’ll have the basics, and then take it to band practice. I’ve got 3 people in my band, Sean Niven, Dakota Urbiztondo and Ryan Trestrail; they’re my 3 main boys. And we take it to prac, and I go, hey, I wrote this song, and then it turns into an original.

Caitlin: How’s it been, as a solo artist, working with a band?
Sarah: It’s good. You still have all of the creative freedom that you want, but these guys, they just get me. And plus we’ve been mates for a bit, so I guess when you’re working with friends, they kind of know what you want, and it just all works.

Caitlin: I also noticed you include some pretty iconic Australian bands in your influences, like the Jungle Giants, Snakadaktal. Are there any lately that you’ve been listening to that have particularly caught your eye?
Sarah: They’re all kind of the same for me, like Australia wise. I’m definitely really into other stuff as well, like I’d say Young Maverick, Last Dinosaurs, The Jungle Giants, Ball Park Music. Then I also take influence from people overseas, I listen to a lot of Two Door Cinema Club, Arctic Monkeys, and just like chuck it all together. I take influence really from everything I listen to; radio, artists my friends show me, like even metal inspires me in some of my writing, it’s really weird.

Caitlin: Yeah, I think that’s what you need. Diversity; especially when you’re writing.
Sarah: Yeah. For a few months there, I was in an all girls pop-punk band. And, that went nowhere. So, I quit that, and now I’m focused on this.

Caitlin: Do you have any recording plans for 2014?
Sarah: Yeah, over the last six months since I released the first two songs, I’ve written so much more. The sound’s changed a tiny bit, not too much, but I just want to get some of the stuff out there. Money-wise, it’s going to be hard. I’ve got year 12, so I’m not going to say I’m going to try and record and then do my hsc. So I’m not going to say EP or anything, but maybe if I have time, I’ll chuck in like a single or something.

Caitlin: Do you have any gigs or anything coming up?
Sarah: I do. My next gig is on the 22nd of March, at Club North Manly, which is going to be good, it’s going to be fun, and it’s all ages, so bring your mum, your dad, your grandma.

Caitlin: Do you have any plans to pursue music after school?
Sarah: Definitely, that’s why I started it all when I was in high school, because when you leave school and you haven’t been gigging and writing, and when you decide to leave, you’re like oh wait, maybe I should do music, and no one knows who you are. It’s so hard to do the climb. The music industry is so tough. Even though I had a massive jump when I first started, and got really high, I’m trying to ease it, so that when I finish, I can just go hard, and hopefully, make it a bit bigger, instead of you know, just playing around the beaches.

Caitlin: Alright, to wrap this up, if you could tour with any three bands, who would it be?
Sarah: I’m going to speak on behalf of what my band would say. The first one I would say is Primus. I would say for myself, somebody really fun, that’s going to be crazy the whole time. Tame Impala. That would be sick. And, somebody big, with massive stage productions. Coldplay. I would tour with Coldplay.