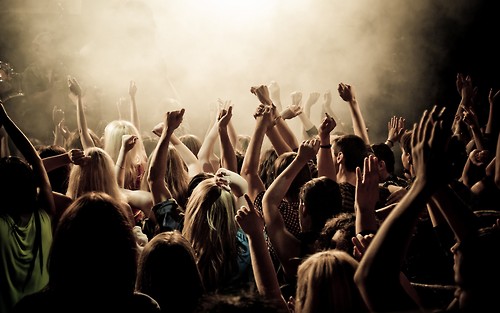 Well this is what a slightly agitated female with access to the internet would do in a situation like this right?

Last night I accompanied one of my girlfriends to the Australian Brewery in Annangrove or Rouse Hill or wherever the hell it is, which at this point is really not too relevant. I’d been to the Brewery before a couple of times, accompanying friends, and whilst I’ll admit it’s really not my thing, it’s usually a pretty fun night. Considering it was a Playboy themed night, we were anticipating it to be quite a while until we would make it to the front of the line to actually get into the venue, and by the time we joined the line at 8pm, we were ultimately out onto the road with a mile to trudge.

I feel it necessary to now point out that at the time, I was wearing high wasted jeans, a cropped t-shirt, a denim jacket and platform shoes, so in other words, showing not too much skin. My friend was wearing a jumper, shorts and wedge high-heels. Again, nothing too revealing.

So, this is where I think, it gets particularly interesting. The line was moving considerably. Not at a fast pace, but fast enough to keep everyone satisfied. By the looks of the place, it was over capacity by 8.30pm. So like (presumably) everyone else, we were waiting in the line, getting kind of shitty, but what could we do? So we continued to wait. And a pattern began to emerge. Groups of girls for about 15 minutes at a time walked straight past the line, around the corner and into the joint. The pattern? Their lack of clothing and/or (in most cases “and”) their somewhat skimpy playboy “costumes”. Now I have no problem with this. Women can do what they want, dress how they like, it’s their life, they have a choice. However I feel it extremely necessary to point out the real misogyny here.

I’ll even bold this because I think this is actually really disgusting.

Women were being hand picked and selected from the crowd to be given immediate entry into the premises.

Now the only problem with this, is that the people who were hand-picking them, were 9 times out of 10, sleazy MALE security guards who accepted any form of cheap flirts and sultry glances that were cast their way. But only if they were from a skinny girl in a tight dress.

And I really think this is a problem. Because in a world where women are trying to find empowerment in places that men can’t and find their own place within equality, we are still being belittled and reduced to be judged for our looks and the way we present ourselves.

My friend and I waited in that line for an hour and a half. It was not until we snuck in with a group of these girls at 9.30 that we actually made it inside. We witnessed groups and groups of probably hundreds of girls all up being escorted to the front of the line, and not once were we addressed for being female. I even politely asked a security guard how much longer he thought we would be waiting outside, to be given an utterly blank look and then to be blatantly ignored.

But, like those girls, we still paid $20 entry. Like those girls, my friend bought a drink. Regardless of who you are, money is money, and for a business, does it matter so much what stereotype of women you have enjoying your facilities? Because at the end of the day, we all pay to get in. We all pay to have our drinks. We all pay with the same money regardless of our looks, gender, ethnicity, background, beliefs, amount of clothes we choose to wear, and everything else that somehow stereotypes women to be different.

I must say I was extremely disappointed in the way this was approached, and it’s sad to see a place that thrives off of the youth of Western/North-Western Sydney sink to such extreme lows. I felt that this compromised the reputation that the Brewery had (for me and my friend at least) and I think it’s disappointing to see such old-world and constraining views being placed upon groups of young adults.