Have you been feeling financial pressure lately? If you’ve got a stack of bills to pay and debt collectors at your door, check out these tips to help you get through.

Don’t get sucked into a debt agreement

A debt agreement might seem like the answer to your problems – your debt collectors will leave you alone, and you’ll only have to pay what you can afford.

But there’s a lot more to it than that – debt agreements are akin to bankruptcy, so unless you’re ready to go down the bankruptcy path, steer clear of them. 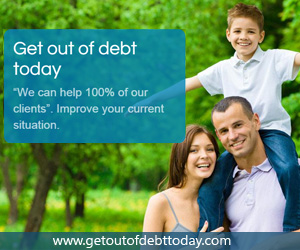 Proposing a debt agreement is an act of bankruptcy, and even if your debt collectors don’t accept it, they’ll be able to use it against you in court to force you into bankruptcy.

Not only that, you’ll have the black mark against your name forever. You’ll be National Personal Insolvency Index (NPII), which is an electronic register of all personal insolvency proceedings.  The NPII can be accessed by any person and will include some personal information about you, including your name, date of birth and address.

And all you need to do to show up on that list is make a proposal for a debt agreement.

If the debt agreement goes through, you’ll still be on that list, and you’ll be legally obliged to tell anyone you ever do business with again about it. This includes new creditors. You’ll also be prevented from working in a number of professions that have regulations restricting those who can legally practice.

All this can happen to you just because you’ve tried to settle your credit card debt with a debt agreement.

Finding your way out of debt can be an overwhelming task – you’re stressed, scared, and you’re out of your depth with the legal jargon. Relationships can break down, and many people suffer mental health problems during these times.

If you’re feeling this way, it is a small comfort to know that you’re not alone.

Household debt is now the highest it’s been in a quarter of a century. National credit card debt has doubled in the last 10 years, and is set to hit more than $52 billion by December 2014. And did you know that Australians spent a record $70.1 billion on credit cards in just couple of months last summer!

However, there’s no such thing as safety in numbers when you’re in debt, so if you’re in deep water it is time to get help.

There are a couple of key things to remember:

If you’re really struggling, it’s time to get in touch with a debt consultant who can steer you through these difficult times.