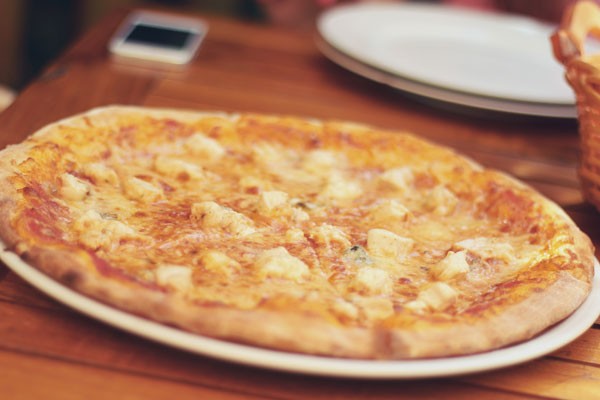 With gourmet food culture on the rise in Australia, and everyone becoming their own favourite food critique on social media, there is really no reason to get caught by surprise by a terrible dining experience.

In the age where a meal isn’t complete without a perfectly framed selfie of you in front of it, there is endless amounts of too-honest feedback floating around on various apps to help you decide which restaurant is perfect for any one occasion.

By comparing the 3 most popular venue review apps, Zomato (Formerly Urbanspoon), Yelp, Trip Advisor and Eatability, we’ll determine which one is most relevant for Sydney-siders in search for a good meal.

For this comparison, we’ll go with Frankies Pizza, a popular pizzeria and bar in Sydney’s CBD that welcomes a diverse crowd from everyone from punk rockers to CBD bankers.

The recently acquired and extremely popular Urbanspoon has now become Zomato, meaning that they have a large database of existing users and reviews which is great for getting an accurate view of the business. The site has combined the old reviews and ratings from Urbanspoon to create an extremely comprehensive database of opinions over the last few years. Even though Zomato hasn’t become as known as Urbanspoon, all their traffic directs to the new site, which is strikingly similar to the old one, make it an easy transition for existing users. The sites main goal is to make sure nobody has a bad meal, focusing on gathering as much information on a restaurant as possible, encouraging pictures and in depth reviews from users.

254 pictures of the venue and the menu items

Eatability is a restaurant review platform that has a very bloggy vibe and focuses on producing content which focuses on current food trends, while offering users a chance to review their experiences, using an out-of-10 score. Users base their score on 8 subcategories from the food itself the ambience and location of the venue. The site is less popular than the other options, although the comprehensive reviewing interface is a dream for the food critics out there.

Yelp is the market leader around the world when it comes to restaurant reviews. From personal experience, the app is extremely popular in America and is almost a household name. The site uses a 5 star rating system and allows users to review all forms of business, not limiting itself to food and drink, leading to a huge user base worldwide. Yelp, similar to Zomato, is quite popular and well known, so a lot of users turn to this platform to impulsively give a venue a bad review, but among these reviews there are plenty of helpful opinions to help you make your dinner decision easier.

19 photos of the venue and menu items.

Trip Advisor is widely considered the most reliable review platform. The users tend to be fairly well travelled and have a bit more experience with different cultures which allows for fairer and more comprehensive reviews that are a bit more in depth than the usual ‘terrible 0 stars’ review from an annoyed customer.

11 photos of the venue and menu items

So which site is the best for you?

Zomato and Yelp have a large user base which is reflected with a fair amount of reviews and a lot of photos for future customers to get a better idea of what to expect. Eatability, while isn’t as popular, uses a comprehensive rating system which lets foodies shine when providing distinct reviews while keeping a professional focus.

While all the sites have arguments for themselves, Trip Advisor seems to be the most reliable platform with the most reviews and a more in depth user base. As Trip Advisor focuses on businesses on a worldwide scale, the diverse user base allow for a large range of perspective and often times, more sensible reviews.

Give them a go for yourself, with Facebook connectivity available,  you can be a published food critic in no time.