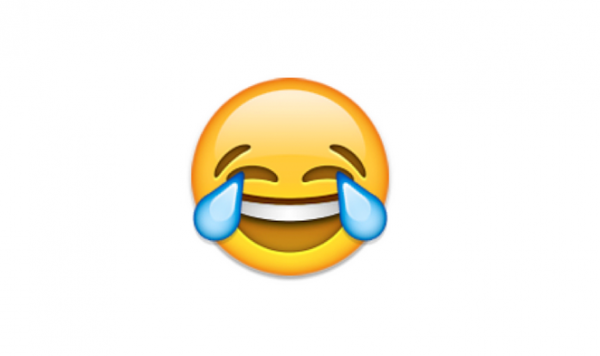 Emoji’s trace back to the late 90’s, when Japanese cellphone users were increasingly sending picture messages to communicate in place for text messages. Networks started to notice this change in habit due to the large size of picture messages, often 100 times the size of a usual text. As the networks started to struggle with the data needed to process these requests, they needed to come up with a solution… what they came up with was Emoji’s.

The first mobile phone provider to allow users to attach small pictures which depicted commonly use emoticons, was DoKoMo i-mode. Users across Japan were thrilled to have more forms of media in their messages, and service providers were happy as an the data usage was low.

After making a trip to Japan before the release of the original iPhone, Steve Jobs saw how culturally embedded the emoji was to the Japanese market, and if he wanted to compete, he needed to adapt to their popular form of communication.

The rest is history.

Emoji’s are now used my millions of people worldwide. Whether they are being used for music videos or tattoo design , there seems to be no limit in the way users can attach meaning to these symbols.

To get an idea of just how popular emoji’s are in modern communication. A tracking service called emojitracker, counts each time each different emoji is used on twitter alone.

At the time of writing, the ‘face with tears of joy’ emoji has a considerable lead in usage compared to the rest, clocking in a over a billion unique uses, and that’s just on twitter!

This leads to the next question… Are emoji’s taking over words in conversation?

The Oxford Dictionary believe so, naming the faces with tears of joy emoji, or

as the 2015 word of the year. They believe that the visual communication, especially emoji’s has become embedded in the way people from all demographics are communicating.

With each emoji having its own semiotic context to different user bases, one emoji can mean something completely different to a different person or in a different situation.

With their universal appeal and in-exclusive format, it seems that emoji’s are not only a fun way to communicate with friends, but they are quickly overtaking the traditional method of written communication on a global scale. With a bust modern culture of short attention spans and a constant influx of information, it’s understandable to see short-form text being replaced with micro-form text. Users are finding faster ways to get their points across and emoji’s are their tool, and they’re here to stay.

What do you think? Is the face with tears of joy emoji being dubbed ‘word of the year’ just the beginning? Let us know in three emoji’s or less.