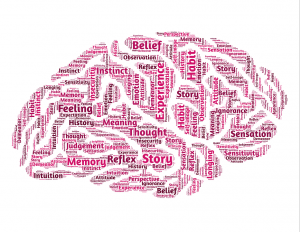 Is psychology used in marketing? How about a more pertinent question: is marketing psychology? Marketing is essentially the practice of influencing consumer behaviour. In many cases of digital marketing, this involves just creating a nice website that creates a favourable impression. But to influence your consumer even more effectively, we’ve compiled a list of 6 psychological techniques. These techniques have been employed by professional marketers and salesman for decades, but now we’ve adapted them to digital marketing for your website.

Reciprocity is the psychological urge to repay (reciprocate) when another has given to them. You might have noticed this – the guilty nagging feeling to repay someone’s generosity that’s not always entirely pleasant. And maybe it once it occurred to you that: I’m not being driven by virtue here, but by an actual strong psychological urge. The practical non-philosophical point is: this is a very strong urge that is quite hard to notice let alone control, so it is a powerful technique for marketing.

The endowment effect is when people ascribe more value to that which they feel that they own. This is the oldest salesman’s trick in the book and it continues to work on even the most doubtful. Since ancient times, merchants let their customers hold the good before they buy it. When the customer holds it they feel like they possess it, so its perceived value increases. The modern examples of this are car test drives and 30-day-free-trial software.

But how can you use the endowment effect in your digital marketing when everything is on a screen? The best way that we’ve seen is a feature of an online store that automatically adds the most recommended items to the shopping cart based on the user’s search queries. Check out Netregistry to see it in action. Basically, it’s the javascript version of an enthusiastic merchant who recommends goods, places them into your hands and gives you no choice but to consider them. But of course, moderation is key, make a few good recommendations rather than numerous mediocre ones. 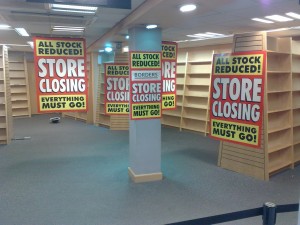 Another timeless salesman’s technique – the perception of scarcity is a powerful motivator to buy and to buy now. It sends the following messages to consumers:

There two impetuses combine into an urge to get this great deal before it sells out. It ties in with other psychological effects as well, in that if people feel like they own something (through the endowment effect), they will be even more loss averse than they already are. (Loss aversion is another psychological effect, where people hate losing things about twice as much as they like getting them.)

To use scarcity in you digital marketing, you don’t even have to be marketing something with a limited availability. You can create scarcity through limited-time offers. These offers have a time limit (sometimes the end date isn’t even specified to create a grab-your-wallets-and-dash-to-the-shops reaction because the offer could end any minute). You can run limited-time offers for sales or for entire products and services. This method’s high effectiveness has been proven again and again by campaigns from TV infomercials to McDonald’s.

Humans are a semi-gregarious species. When we are confident, we tend to make our own decisions, but when we are uncertain, we seek the opinion of others to guide us. The latter case is the psychological phenomenon of social proof – in which the actions and opinions of others have a large sway over an individual’s behaviour, especially in a situation of uncertainty.

A digital marketing example: a visitor to your website has just read the ‘Why choose us?’ page of your website and are at the bottom where there is a call-to-action button to book your service. They’re hovering over the button but they aren’t sure, they haven’t heard of your business before. The difference between a go and no-go decision at this moment may come down to whether your website has social proof to reassure the consumer. The two most credible ways to do this are: 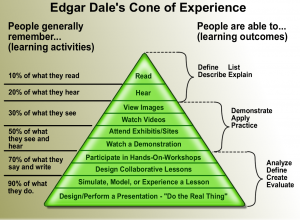 The human brain has evolved to process visual information rather than text which is a much more recent development. Because of this fact, video is processed 60,000 times faster than text by the brain. Hence people remember it better – there is better memory retention. In a psychologically related way, it is easier to consume and hence many people find it more enjoyable. Other types of content that are easier to process and remember than text to different degrees include images and infographics.

If there’s one thing that the human brain is highly efficient at doing it’s forgetting. The brain is a very powerful forgetting machine. Forgetting doesn’t happen in a linear fashion though, it follows a curve, as depicted in The Forgetting Curve diagram:

As you can see, after learning something the first time (the red, left-most curve), memory retention drops off rapidly then levels off. But then if the same thing is revised (the second left-most curve), forgetting happens at a more gradual rate, and etc. if it is revised more times. The digital marketing implication of this is: remind your customer at staggered intervals. For instance, if you do automated email marketing, you could configure it to remind your consumer of an offer after one week, then after two, then after four, and etc. This pattern of reminding is called spaced repetition, and there are algorithms out there which refine it.

The decoy effect is the tendency to perceive an option to be more favourable when there is another much less favourable option that can be chosen from. For instance, the Oversimplified Ice-Cream Stand for Sake of Example sells only two ice-creams: boysenberry and passionfruit. You aren’t a fan of either of these flavours so you consumer perception of the Oversimplified Ice-Cream Stand for Sake of Example’s flavours is fairly mediocre. However, if the ice-cream stand sells a third flavour – caramel – which you dislike even more than the two other flavours, your perception of these other flavours will actually improve in contrast and you might buy one of them.

This psychological tactic seems counterintuitive because overall, adding caramel, the worst ice-cream flavour actually worsened the stand’s overall market offering. But this caramel flavour was a throwaway. The stand doesn’t actually expect many people to buy this product. It just expects people to buy the two ice-cream flavours that they would have bought otherwise, but to be more positive about their decision.

The easiest way for you to use the decoy effect in a sales situation is by offering, in addition to your current deals, a throwaway deal which is markedly worse than the others. The most sure-fire way to do this is to make it worse in all respects (asymmetrically dominated) e.g. if the first deal has higher value, the second a lower cost, then the throwaway deal should have a lower value and a higher cost.

If you integrate some of these psychological tactics into your digital marketing efforts, the effects on consumer behaviour can be very rewarding. These are very powerful psychological phenomenon so if you use them, make sure you stay clearly on the side of influencing rather than manipulating consumer behaviour, otherwise the consumer reactions let alone the moral implications can be alarming.