Pokémon Go is the app or more appropriately the phenomenon that has within a week become the most popular mobile game of all time. It has garnered the attention of the political sphere, with Hillary Clinton using it to attract voters. Clinton’s campaign managers evidently understand the large potential of social media for campaigning. For the same reasons, Pokemon Go has great potential for use in marketing campaigns. It seems very well designed for it in fact, if you own a brick-and-mortar store – it increases foot traffic and attracts people to certain locations that you can pay to create (near your store).

But in case you’ve just woken up from some kind of post-apocalyptic-sci-fi-trope coma and have no idea what this new and strange Pokémon Go is, we’ll explain it quickly. Pokémon Go is a free Iphone and Android app that uses the camera, GPS and Google Maps to create an ‘augmented reality’ based on the Pokémon video game series. Players walk around, looking through their phone’s camera at the world, finding Pokémon which superimpose on the camera’s feed. The game creates hubs of Pokémon Go activity by defining Pokestops (usually places of interest on Google Maps) that give players bonuses. Some Pokestops also have a ‘lure module’ which attracts Pokemon to it. 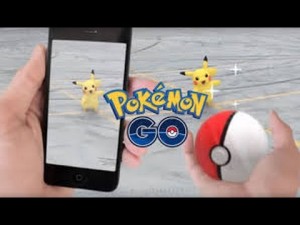 Place a ‘Lure Module’ near your Store

‘Lure Modules’ are places that attract Pokémon from the surrounding area. They then become a hub of Pokémon Go activity as players from the local area go there to catch the Pokémon. Lure Modules can be placed on ‘PokeStops’, which are quite attractive locations that are usually situated in retain locations. (It is evident that Lure Modules were intended to be used for marketing). A Lure Module lasts 30min when placed and costs 100 ‘PokeCoins’ or you can buy 8 Modules for 680 PokeCoins. After the Module expires you must place a new module to keep the same attracting effect. 100 PokeCoins can be bought for $0.99.

Numerous big businesses have already jumped on the Pokémon Go bandwagon. Some great examples include:

These campaigns show that you don’t need to pay for a Lure Module to market on the Pokémon Go craze, you can run a Pokémon-themed promotion or post a Pokémon Go-themed comment on social media. Or if you do place a Lure Module, you can take it further into a fully-fledged campaign (that nevertheless, doesn’t have to endure for as long as the craze lasts).

Pokémon Go is a very innovative example of a geolocation social platform and location-based marketing. Despite being a game, it is one of the most successful examples of these concepts to date. What’s surprising is the way in which it has contradicted the long-running trend of technology deferring people from brick-and-mortar stores by actually getting them outside and attracting them to retain locations. Is this the start of a new era of ‘augmented reality’ technology that enhances the real world rather than creating its own world? If so the marketing implications of this are tremendous and surpass the other major forerunner of this trend: QR codes. QR codes have likewise been used to aggrandise the brick-and-mortar store such as in the ‘Virtual’ QR Code Supermarket in Korea where speed (and novelty) is increased by the use of a QR code scanning system to buy products.

The Future of Pokémon Go

We predict that Pokémon Go will further monetise its app by making other activity hubs purchasable and by targeting them towards business owners. The other notable hub is the Pokémon Go gym where players can actually battle each other. These are much rarer and more important than PokeStops so if these were commercialised it is likely that they would cost quite a bit more money, but would be rented by shopping centers, tourist traps and the like. Unfortunately another prediction is that the Pokémon Go buzz will decline slightly as it moves past the ‘craze’ phase (which we are very much in right now at just over week 1 after launch), but that the game’s usage will plateau at a still-very-high level. Now that people are hooked, they are not going to just stop playing at the snap of a finger. Also, the initial social shock of people walking around engaged in an augmented reality (at the moment, mostly experienced by non-players) is likely to recede further as people get used to it over time. In fact, if we might add for future historical value: we believe that Pokémon Go is the first socially acceptable form of augmented reality and by extension the first effective form of augmented reality marketing.

Pokémon Go is a fantastic opportunity for businesses especially in this ‘craze phase’ of present. If you think your business has the efficiency to pull together a simple marketing campaign in under a week, we encourage you to do so. Otherwise, purchasing a local Lure Module can greatly increase foot traffic to your store.