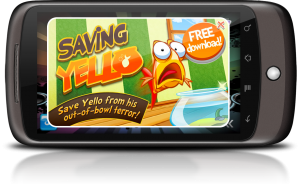 Mobiles, along and in conjunction with social media are the new ever-present medium of the 2010’s. Mobiles are even more ubiquitous than the TV or Radio broadcast of days past because people carry them everywhere. Hence the oft-quoted statistics: Mobile users can’t leave their phone alone for six minutes and check it up to 150 times a day.

Marketers have come up with several ways to market to people through this highly penetrative medium. These are the most common and the most accessible to small business owners–

The earliest form of mobile marketing and certainly one that gets people to notice your ad. But the major downside is: it is annoying. e.g. Bob gets messaged every month about new releases at a video store he rented from once in Nowra (Bob is an obvious stand-in for yours truly). Even in moderation it is annoying if someone looks at their phone only to see a useless advertisement. The only way around this is to give them something. If they pick up their phone to see they have won a free garlic bread, they’ll probably be have a different reaction.

This is highly related to web-based advertising in general. Google Adwords lets you create ads for desktop web browsers, mobile web browsers or both.

The key difference is screen size—so ‘web-optimised’ ads are generally large ‘banners’ that fit on the sidebars of the page whereas ‘mobile-optimised’ ads are often smaller bars that fit vertically across the screen, often being ‘stickied’ to the bottom or top (so they don’t scroll and are always visible). Pop-up ads can also be used. It’s possible to create a resizeable ad that can work in both desktop and mobile sizes. Alternatively, it’s more common for marketers to just create a different version of the ad for each size: it’s more precise and often easier. Text-based ads work well in all sizes.

Google Adwords also lets you choose whether to let your ad show up on only desktop, mobile or both. It depends whether you want to run just a mobile online ad campaign or integrate it into your broader web advertising campaign.

Some (mostly commonsensical) tips for designing a mobile-optimised ad:

Likewise you can decide whether you want your Adwords ads to show up in mobile apps. Ads within apps are most often in a bar ‘stickied’ to the top or bottom of the screen. These ads probably have a rather high click-through rate because of all the people clicking them accidentally when trying to use the app. But like with SMS marketing—annoyance factor: very high. App-based ads truncate the size of the app, making it even smaller on a small mobile screen. And of course, they those who click them accidentally (all of us). This isn’t good for brand image or sales. They also have an element of tackiness because of the sense of desperation in advertising in a way that relies on accidental clicks. Because of this, app-based ads are normally used by the likes of online gambling sites and freemium games (very similar services really).

Apps can also create ‘push notifications’ that appear in the notification center of the phone. These are potentially the worst of all, considering that apps can send as many of these notifications out as they want for free and can even make them un-deletable by the user. Bob uninstalls apps that do this and considers it an effective way to influence consumer behaviour in the same way as a child’s tantrum is an effective way to influence their parent’s behaviour (not positively).

Finally, apps can also have ‘pop-up’ ads within them. Pop-up ads are notorious for their annoyance factor but if used sparingly, they can be acceptable. (This advice goes for web pop-ups as well.) If a website has one pop-up ad, or an app has one every 10 minutes, this is in most cases below the user’s annoyance threshold in this day-and-age where people have been so desensitised to pop-ups that they close them automatically (unless they pique their interest).

The best way with mobile advertising?

There are no hard-and-fast rules with marketing, so these conclusions probably fall flat (there are positives and negatives but they are all different). But these are our recommendations for the best ways out of those mentioned: