Is it ethical for marketers to generalise in order to perform market segmentation? Should marketers be able to say: “We are targeting young people”; “Our market is middle-income white people” and get away with it? Moreover, is generalising ethical at all, in any case, in itself? dLook will be exploring this ethical question, continuing its analysis of marketing ethics started in Should Marketing Be Illegal… And What If?. And to be upfront: dLook is partly a marketing company, but it’s one that is very ethically aware which is why we are endeavoring to answer this question. 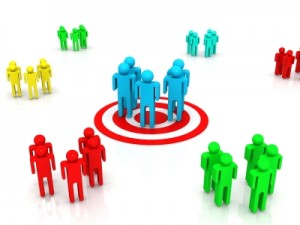 Why is it Bad to Generalise?

Every time we generalise, we are lumping people into categories which they inevitably don’t fit perfectly. We are assuming attributes of them based on their categories. And what makes this much much worse is that some categories are defined in quite negative ways (for it is the ‘categoriser’ that does the defining and they aren’t usually sociology professors). The result is that on many factors there is a completely unfounded good-category/bad-category hierarchy. The most poignant example is that given two racial categories of which both have the same average intelligence, one is often mentally categorised as more intelligent than another. So without basis, one whole group of people is subordinated to another. This is the reason why good 21st century authorities have taught us to resist and detest racism, sexism and the like, because the alternative is extremely unfair and irrational.

Is it Ever OK to Generalise?

We first need to address the hard-line – that it’s never ok to generalise. Like most hard-lines, it’s rationale is very simple: generalising is bad, so never generalise. The best way to counter-argue this is to prove that sometimes generalising does more good than bad. The two best supporting examples are of course: research and medicine.

Generalisation is essential to the scientific method if not science itself and it would be absurd to throw science out the window – the basis for modern civilisation – in order to avoid mild political incorrectness. One principle that makes this good>bad case easier to argue is that science is confined to the lab (metaphorically speaking. Most broadly it is confined to research papers which don’t have a large readership or cultural influence.). Generalisation is a crucial part of the data analysis and conclusion-drawing stages of the scientific method. E.g. “= 10mg on average“; “most participants (p≈0.04)”. In fact, categorisation is essential to science itself, “a branch of knowledge or study dealing with a body of facts or truths systematically arranged and showing the operation of general laws” (Dictionary.com). E.g. how would Darwin have written ‘On the Origin of Species’ without classifying animals into a genetic tree, generalising on characteristics between them.

Another irrevocably beneficial use of generalisation is in medicine. Of course it is ethical for doctors to, generalising on their knowledge from previous cases, classify a quadruple bypass as a serious ailment requiring attention over a child with a rash. The medical term for this prioritisation is ‘triage’. Then there is the flourishing field of epidemiology which is basically big data science × medicine.

But is it OK to Generalise in Marketing?

Marketing is not one of those perfect civilisation/life-depends-on-it examples. So could marketing’s benefit also outweigh the cost of generalising?

Generalisation in marketing is the most efficient and effective way to target a market, and market targeting doesn’t just benefit marketers, it benefits society.

Marketing’s classical economical, perfect-world function is to inform consumers of goods and services. One problem is that marketing often informs people who do not want to be informed. This is a case of imperfect targeting. E.g. an elderly woman is confronted by an ad for the Crusty Demons and is irritated by the heavy metal-soundtrack. This kind of thing is inevitable, but can be reduced with effective targeting. For instance, marketers deduce through statistical generalisations that their Crusty Demons target market doesn’t watch much TV, let alone at 1pm. They can be reached instead on Facebook at 9-12pm. Then less grandmas as annoyed and more teenagers are entertained.

2. Generalisation is Confined to Marketing Meetings, or Else Public Backlash Ensues

Marketers pay very special care to keeping their generalisations to their meetings, and not letting them seep out through their ads. Otherwise, the public will (and this is one of life’s truths, will) backlash against it. In the modern-day hipster-dominated industry of marketing, generalisations are rarely perverse, but in the cases where even segmentation analysis-type generalisations show in ads, reactions create the incentive to never let that happen again.

Because dLook doesn’t wish to showcase such an ad on this website, you can see some examples on Google Images.

/[But just to clarify: dLook, however ethical, is not a hispter company.]

3. Generalisation is Giving Way to Personalisation

At this stage in the argument, marketing generalisation’s effect seems weak from what was possibly your knee-jerk reaction. It is also reassuring to know that market segmentation is being surpassed by personalised marketing as the most effective target marketing method. Market segments have always been getting smaller, more refined, less stereotyped and crude. Now we have reached the stage where technology has enabled us to segment down to the individual level. Even the most advanced current implementations of personalised marketing currently still generalise except for one-on-one marketing services which are extremely costly. A good example of automated personalised marketing is Amazon.com which tailors email campaigns recommending purchases to each user depending on their purchase history. Because of the lack of generalisation, it’s actually quite useful to a lot of people and not just noise. True automated personalisation may require AI technology to be used however, which is something to look forward to in a hopefully non-apocalyptic future.

So in conclusion, generalisation in marketing isn’t unethical. It’s a function of the job that’s necessary to target effectively, and targeting is the feature of good marketing that makes it benefit more people and irritate less. Furthermore, thanks to digital technology, marketing is becoming both less generalised and more tailored which is one reason why we are optimistic about the future of digital marketing.