Google has the potential to have a massive influence over all of us. Over every part of life, over politics and over the entire world. People have always feared megacorporations and ubiquitous technologies for this reason. Is this the realm of doomsayers, Luddites and sci-fi, or is it really happening right now? 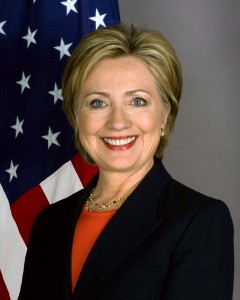 Does Google influence who we vote for and what we believe in? And should it?

Should Google hold a Viewpoint, and Yield Influence?

Many companies hold viewpoints. Stock brokers are often right-wing and trendy tech-firms are often left-wing. Google is clearly left-wing but this is not the issue.

All companies have a corporate culture that does inevitably take some stance on politics. The issue is that the scope and nature of Google means that it has the ability to exert this viewpoint on nearly the entire populations of developed countries, on any level of subtlety.

The issue is that Google is extremely subtle in the way it allegedly influences its users. Subtlety × pervasiveness is the formula that has succeeded time and time again throughout history in creating large shifts in public opinion, without most people being aware of this, or despite most people thinking they are resistant to the influence. Propaganda and some of the more pernicious tobacco marketing campaigns come to mind. But in saying this we are not trying to demonise Google and its alleged influence. We still havn’t addressed whether this influence is even negative or existent…

Is a left-wing influence on society a negative thing? That depends on your perspective. The large numbers of voters for the Australian Liberal Party—recently reelected, would probably think that it is so. dLook agrees but not because of our political standing. We don’t have much of a classic political standing where you go for one side and boo the other. We form opinions on each issue. On this one, we take the stance that people’s beliefs should be formed rationally and individually. This is quite contrary to when they are formed subconsciously through influence by others. Rather than voicing its opinions in a way that is open to reasoning and response, Google may be sidestepping individual thought.

Does Google Pull the Strings?

There have been numerous accusations of Google’s undue influence since the 2000’s.

In 2006, Google News began terminating relationships with many conservative and right-leaning news sources, as reported in The American Thinker. Google’s response was that these sources all contained hate speech and other unseemly opinions like Islamic extremism. From our research into this case it seems that Google was being truthful, and only a cultural relativist and libertarian of the mindless extreme would purport that these opinions should be spread through the ubiquitous Google News. 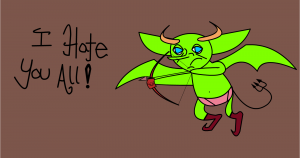 However, there are other reports that Google has gone further than this in yielding its near-monopoly power over news and popular opinion. There were many accusations that Google helped Obama get into power. For instance, a story that made The New York Times was that Google temporarily shut down seven anti-Obama blogs in the lead up to the 2008 US Federal Election. It was easy for Google to make an excuse, because of the large black box that is Google technology to the outside world, but it just seems like such a high coincidence that seven anti-Obama blogs shut down at the same time in the lead-up to the election.

Google has been accused of taking its ‘hate speech’-blocking excuse much further. Right-wing Youtubers who were blocked from commenting to posting videos and using Google Adwords have made this accusation. This is scary because it shows the breadth of power that Google has in controlling the information people see on the internet. But it may, at least in some cases also indicate the start of a trend where people pull the ‘Google’s left-wing bias’ excuse even though they were actually in the wrong. The article gives this impression because none of the banned comments are quoted.

But the biggest issue right now is the impending US Federal Election in November. And there are widespread accusations that Google may be exerting an influence. A whilsteblower reported that Google created a company for the sole purpose of electing Hilary Clinton. Google has close ties with Clinton and she hired Stephanie Hannon from Google to be her CTO. Comparisons of Google versus the other search engines have revealed that the autocomplete suggestions for ‘Hilary Clinton’ are more favourable than those of other search engines (Source). Purportedly, Google Knowledge Graph (the card-based instant info that comes up in Google searches) also favours Clinton. It has more content and quotations that more accurately and favourably represent her opinions (Source).

What Can We Do About It?

When searching for unbiased political information, we recommend the search engines DuckDuckGo and Bing. For unbiased news, well, all news sources are biased to some extent (it’s the impossibility of not holding a political stance) so your best bet is an unbiased news aggregator. Bing is better but may have a conservative right-wing bias. Or there are relatively neutral news sources like ABC and SBS.
Google’s evident abuse of its near-monopolistic power is shameful and more than a little disconcerting. The undue influence it has already had on the world is unnerving and it has likely affected you. This is why you should protect your individual thought in the ways mentioned, and inform others, so they may do the same. Then you can truly make your own decisions when it comes to election time and all other matters in life.