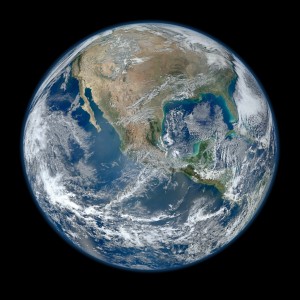 The other day I made the coolest spreadsheet.

Have you ever heard someone say that sentence before?

Spreadsheets represent everything businesslike, efficient, exact, un-abstract and uninteresting. To most people anyway. There is something cool about how the cells all link together and update automatically en masse, but in most cases, spreadsheets are regarded as a non-addictive alternative to sleeping tablets.

But the other day I made one that was like actually really cool.

My spreadsheet isn’t the usual kind of ‘cool’ spreadsheet either—it wasnt the shady accounting for some mafia crime syndicate nor the results of a secret government experiment, it’s called everything-calc.xlsx and it’s a calculation of my life, the universe and everything.

(‘my’ refers to not dLook but the author who technically isn’t allowed to use the personal pronoun for good reason.)

It started off as an attempt to plan out the rest of my life (age 20 onwards)—with a focus on money and time. How much would I have to work to live comfortably, and how much time would that leave me? Then, out of that time left over, how much would I actually have to spend on recreation and my hobby (which is writing)? This depends on several time-consuming factors. After completing this first stage of the spreadsheet you can imagine that there were already numerous rows of data exploring the various branching possibilities–

In one or two hours I had managed to map out my entire life. More or less…

Some anxieties about entering the real world were assuaged. Some were not…

Some interesting/alarming results were (for a 20yo Aus Male):

The strange effect of looking at a stat that says you have millions of hours of life left is whether to rejoice at how much time it is when all added up like that, or whether to anguish at how finite it is, when you can view it all in one figure. Don’t read on if you’re prone to existential crises.

I was now analysing figures with massive implications on my life and my way of thinking and I realised the power of spreadsheets. So I decided to take it to the next level…

I added a new section called ‘Humanity’, and I started putting my own stats in the context of humanity as a whole. Humanity currently and throughout all of history…

[Note: referencing is scant to nonexistent because this was originally intended as a personal document]

The perspective is mindboggling. Humans today versus humans who have ever lived, my thoughts per lifetime, my total thoughts versus those of all humans ever and global wealth versus my meagre (but still very First World) slice. It makes you think: 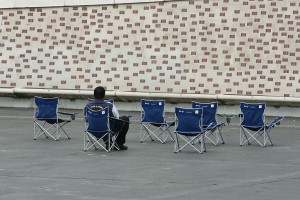 There’s also some interesting calculations of the time and proportion of time spent at each stage in life e.g. childhood, each decade, adulthood, old age.

Then the next logical step was to extend my spreadsheet from one of existential despair into one of abject doom. The next section is called ‘The Universe’—a comparison of myself to the unfathomable proportions of the universe yielding stats that are so large that if they were comprehended, they would have you screaming into the void…

That’s the feeling you get floating out in space abandoned by your vessel with nothing but infinite darkness on all sides.

To understand the scientific notation:

Versus you who aren’t a measly kilometer in length.

But then, just when all hope of mental stability was lost, I added a final section: ‘Chance of having this life’. Irrespective of how many other people have lived, are living; how much matter in the universe and how much emptiness, how fortunate am I to be living this life? 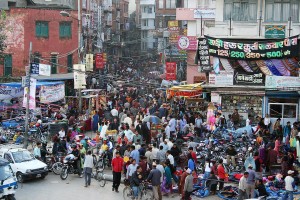 If you got all the animals to ever exist, including humans and put them down a filter that removed all the non-humans, all the less intelligent, less healthy, lower income and non-First World, only 7.54561E-28 of the total would come out the other side. A lot of readers of this article will be at or near or well above my degree or fortune so reflect on that number next time you get down about some First World, non-health-related, human problem. If you’re a regular Australian like me, this is the chance that you were born into these circumstances:

The chance of winning the lottery twice in a row (at 292 million to one odds) is:

If you would like a head start on creating your own everything-calc.xlsx, here’s a version of mine stripped of personal information. It requires stating that the spreadsheet could be improved immensely by using a database structure, even using straight code, but it saved me more time just to put up with some redundancy: