For most people, the question of whether it is ok to break the rules of grammar is repressed somewhere deep in the brain—out of boredom and bad memories of being grammatically corrected by purists. It comes up occasionally—upon the decision to say who/whom as a feeling of uncertainty of one’s own language.

We know this feeling. Everyone does. It’s because of the fact that English is very hard. It’s a hodgepodge of rules and words with roots in numerous other languages assembled in a way isn’t elegant or pure, but that works remarkably well… if used correctly. Grammarians try to maintain the practicality of language, so that it doesn’t fall victim to its lack of structure. 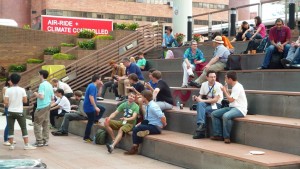 Those 99% who get their entertainment from normal things like sport and TV shows, would be surprised to know that there is a contentious, even heated debate at the heart of the grammar world—over to what extent the rules of grammar should be adhered to or broken. The classical perspective, often voiced by grandparents and old-school teachers is that grammar should be strict—rigidly adhered to. This is the Descriptivist perspective. The progressive perspective—often championed by Arts Faculty lecturers is that the rules of grammar can, even should be broken. Upon just reading these two opposing descriptions you may have aligned yourself with one of them based on your political stance or mentality—but the issue is deeper than this, and it will reflect on your way of speaking and writing forever.

The Prescriptivist Case—Rules are Meant to be Broken

Language shouldn’t constrain expression. If someone thinks that there’s a better way to say something then shouldn’t they be commended for trying it, because it represents linguistic innovation and progress? Isn’t all language a variation from what once was? So after coming this far, why would it make language worse and not even richer if variation continuued?

A moderate Prescriptivist wouldn’t have a problem with the use of lolcat-speak in conversation. These are just interesting new additions to the language which can be studied sociologically. Prescriptivism is all about standing back, observing, appreciating and letting be.

Like most things, it gets a bit silly in the extreme however. An extreme Prescriptivist wouldn’t have a problem with all language breaking down and humans descending into grunting beasts. Which is an extreme representation of the Descriptivist case—that rules are needed for language efficacy. 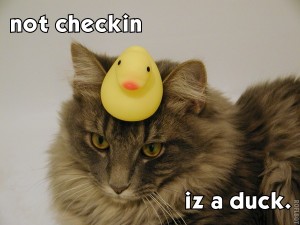 The Descriptivist Case—Rules are there for a Reason

Expression is useless if the message isn’t conveyed to the receiver. The English language is already so convoluted that it’s difficult for native English speakers let alone ESL speakers to use it. Language is one of humankind’s most important inventions, that took hundreds of thousands of years to develop, and it’s degradation due to society’s current degree of interconnectivity can happen far faster than that. Most language variants aren’t tour de force‘s of expression anyway, they are aberrations that catch on like the flu and cause loss of meaning, confusion and inefficiency in language.

Descriptivists are the ones you think about when you think of grammarians. They point out errors. But there are two types—the informed and the misinformed Descriptivist. The informed type points out errors that contribute to the degredation of the English language.

A classic peeve is people saying harkens back, hearkens back or harps back instead of harks back. Harks back is correct for its historical root meaning which is now largely inconsequential—it means to retrace your steps after hunting in the woods. But loss of meaning isn’t the issue in this case, it’s the duplication of similar phrases, causing confusion as to which is the correct one—in speaking and listening.

If you told a Descriptivist that you didn’t think this was important, they would probably respond with an example like this: imagine yourself in an interview that is going well and then you start saying ‘har–’ and experience a moment of sheer panic, which one should you say? Out of pure luck you pick harks back, but you don’t know it’s correct so continue feeling uncomfortable–a discomfort produced entirely by the language you speak. But the employer thinks the correct phrase is harkens back, so he forms the opinion that you’re not as intelligent as he thought. 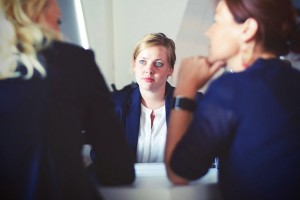 The uninformed Descriptivist gives Descriptivism a bad name. They’re the pedantic stereotype of grammarians who fuss about nitpicky or even downright unnecessary, incorrect rules of speech.

Grammar is meant to make language clearer and easier to form and understand. These grammar myths do the opposite. And some of them are based on outdated grammar notions which, even if they did once improve language, have now fallen into such obscurity that no practical Descriptivist wastes their time on them.

You can’t start a sentence with a conjunction

Teachers say you can’t start a sentence with and, but, if, so, because, therefore and etc. This makes it harder for children to fall into the trap of writing sentence fragments rather than full sentences.

But starting sentences with a conjunction is actually a much used feature of good writing. It creates shorter sentences that have less of a memory load.

You can’t end a sentence with a preposition

A preposition is a word that creates a relationship between other words. It often deals with space or time. This rule is one of the classic examples of old-timely attempts to reform grammar that were impractical and did not work, but yet which some mislead grammarians cling to.

Why did you buy that for.

[for is a preposition]

For what reason did you buy that.

[This sounds stilted and unnatural and uses more words]

This is another failed grammatical rule because it requires the speaker to be pedantic enough to twist their sentence around it to avoid breaking it.

A split infinitive is where an adverb is placed between the word ”to‘ and it’s respective verb.

E.g. He used to really respective him.

To write this in the spuriously more correct way:

He used really to respect him.

That sentence has a jarring effect, because it goes against the regular way that people speak.

Like most reasonable, non-populist opinions, this one won’t leave you feeling highly charged, affiliated or opinionated in any way that can be expressed in few enough words to make you an interesting person. Our informed opinion is that a middle-ground between the Descriptive and Prescriptive is the optimum in order to allow creative expression and progress but not cause a corruption of the basic rules that allow it in the first place. This middle-ground is more towards the Descriptivist side. Lexical conservatism is a neccesity and despite it’s political associations it doesn’t have to reflect on your other beliefs (to pick-and-choose your beliefs from across the spectrum is actually a very progressive, postmodern thing to do). So in articles we will say whom when we’re talking about him/her, but we don’t bother abiding by grammar myths. We also we welcome language innovations like the emoticon which improve clarity.

There’s also the issue of dialects. Australian English is different to British English. And within each country there are ethnic and geographic variations. Are all dialects but the Queen’s English incorrect? No. But sometimes unfortunately, the major dialect of that country or moreover, of an establishment determines the most accepted language to use. For instance, in university essays, the ethnic Lebanese dialect of English in which e.g. double-negatives are allowed is not as accepted as Academese—a sophisticated and often overly sophisticated derivative of Standard (Anglosaxon) English. 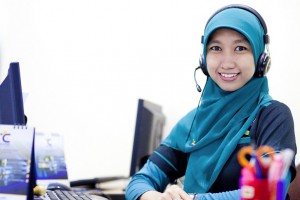 How does this effect my Writing and Speaking (forever)?

If you are now more sympathetic to the Descriptivist side, then how does this affect you?

Making a good impression: the best writing doesn’t often leap out at you and proclaim: I’m smart! It also doesn’t say less flattering things about you. It makes an impression in the way that most impressions are made—subconsciously. It’s not pretentious or unsophisticated or grammatically incorrect or pedantic or mislead. But most of all, it has the right register. If you are writing a university essay, it may be beneficial to sacrifice a degree of clarity for ‘sophistication’ because that’s what the context requires. You would have a very high register. If you were teaching a child, you would do the opposite and have a low register.

Uphold the English language: if you’re starting to accept that grammar can be controversial or political, then it’s not too much of a further stretch to believe that it can be ethical. We are all contributors to this fantastic technology called language. It may sound twee, but it is a shared resource that we all take from, so have a duty to uphold.