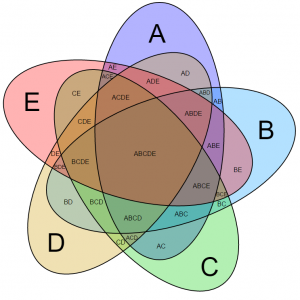 One of the things that yours truly loves about the world is how nothing is well defined. Everything overlaps and interconnects. I love exploring the connections between my favourite things, and many highly stimulated nights have been spent Google searching the combinatorial explosion of connections you can draw from even a few interrelated interests. Two of the things I love are philosophy and computers. These also relate to the fields of business and directories through the company dLook which I’m writing for. And one of the main connections between them is ontology. This is a philosophical field that has large implications for these seemingly ‘down to earth’, everyday topics.

Ontology is essentially the philosophical study of what are things?. What really is a physical object? What about an abstract object? What separates one thing from another? And etc. You may be starting to see how this relates to directories, computers, the internet and even everyday business.

The simplest example of a manmade ontology is computer binary. The fundamental way that computers work is with 1’s and 0’s. And these are defined in terms of voltages of the currents travelling along the wires of the computer. A stronger range of voltages is a 1 signal, a weaker range is a 0. There is no overlap and no other categories. If only life were more like that…

In a more realistic but still very clean and easy to use way,

is an example of an artificial ontology. It organises all of its directory listings into a hierarchy of broad to specific categories. Each listing can be labelled with one or more of these categories, as well as a geographical region. This is an example of a combined taxonomy (hierarchy)–folksonomy (overlapping categories) to use the correct terminology. So it should be noted that to accommodate the ‘messiness’ of real life, dLook allows each business to be classified in multiple ways. 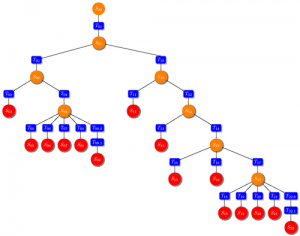 Artifical ontologies are nice. When a business is listed as a ‘

’, you know exactly what it is and there is no need for doubt. In fact, well managed and marketed businesses try to make themselves easily defined. A good car wash does exactly what you expect–wash your car. Not try to sell you other things.

The real world is where ontology gets messy. Whereas the

is easy to use by anyone, real world ontology has puzzled the great minds in philosophy for millennia.

The core of the problem is: how can you prove that anything is classified in a way that wasn’t made up by humans? I.e. are all ontologies artificial ontologies? 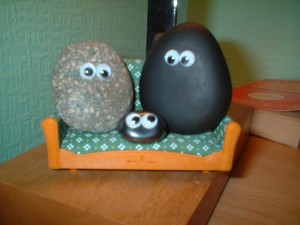 Consider a rock. A solid, very real, very ontological rock. Is it really a ‘rock’ in an intrinsic way (to itself or to the universe in some way) rather than being just something that we consider to be a rock. It sounds like an impossible point to make, but when you think about it:

And this is just a nice solid rock we’re talking about. Imagine what happens when we start questioning the ontology of ‘information’ or ‘liberty’ or ‘virtue’. Oh no.

There isn’t an answer to any of this. It’s philosophy. But there is a very practical opinion–of the scientific community, which is the one that we hold. We’ll get to that in a moment… 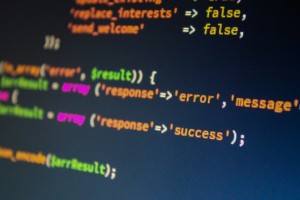 Then again, even in the digital world there are some things that are hard to define. These are digital constructs that weren’t designed with classification in mind. Like what is a computer program? How do you define it when it has no physical properties? It can only be defined by its effects–it changes other things in the computer (which themselves have no physical properties).

The philosopher David Hume proposed Bundle theory, which can kind of explain what is going on (but not in any satisfying way because, you know, it’s all immaterial; we want something that we can see and touch). Bundle theory holds that every object is not an object really, it is a ‘bundle’ of properties that we perceive as a whole. A donut is not a donut. It is the colour pink and the flavour strawberry and softness and etc.

So by that logic, we don’t have to worry about what a computer program is. It isn’t anything in itself, it’s only the effects of it that have any meaning.

Let Science Save us from the Throes of Philosophy

Science has its own artificial ontologies. In fact science is in a large part about just classifying observations from the real world in a way that is hopefully reflective of some reality, but definitely easier to talk about. All living creatures are organised into a grand taxonomy, and planetary objects are classified based on various attributes into planets, satellites, etc.

Science encounters, more than any field the dilemma of: is this classification real or did we just make it up? Because this cuts right to the heart of science, the scientific community holds a conservative ontological philosophy that we find extremely sensible and agreeable. This is it in brief:

The two properties of our universe that relate most to ontology are that it possesses repetition and it is analog. It possesses repetition in that different ‘things’ share similar features. For instance, there are an estimated 1024 large spherical bodies in the universe. We call these planets.

The universe is analogue in that things aren’t on or off like in binary. They have positions on a spectrum. For instance, something can be 10°C, 0°C, -30°C, etc. So a spherical ball of rock and gas can be too small to be a planet, a borderline case or large enough to be a planet. See how, like all artificial ontologies except the purely abstract, it simplifies analogue real life into something with finite categories. Instead of infinite positions on the kilogram mass spectrum, these spherical bodies can now be talked about as ‘planets’ or ‘not planets’ (but borderline cases remind us of how arbitrary our classifications are).

Scientists define things like ‘planets’ because this group of celestial bodies have a significant chance of possessing a set of properties e.g. an atmosphere, strong gravity. It’s useful to humans, even though the universe deals in individual atoms and forces and overthrowing change and never identicality.

If you agree with our reasoning then you now have now lost your faith in just about everything from business directory listings to planetoid bodies. But instead of becoming a nihilist, irrespective of how cool this will make you on the internet, remember that it’s all a matter of scientific probability: does it look like a rock? Does it feel like a rock? Then it probably has about the same properties as other rocks. I would say it would hurt if you dropped it on your foot.