Obama joked that “a pretty sizable percentage” of world leaders are insane, in an interview with Jerry Seinfeld (source). The context of this is of course, the candidacy of Donald Trump and the presidency of Bashar Hafez al-Assad (of Syria) and Kim Jong-un. 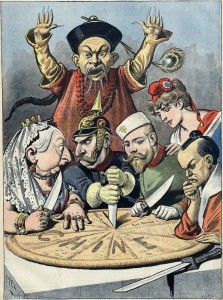 Obama’s joke is funny because it reflects a fairly common conception among the public: that leaders are insane. Political and business leaders alike. The positions of president, CEO and other management positions are unbelievably hard to acquire and then fulfil. What motivates this enormous effort? To ordinary workers like yours truly who enjoys reading quietly on the weekend and the occasional restaurant dinner, it seems like some form of very high functioning insanity. But not an entirely unconceivable form of insanity–

The first two motivations characterise leaders that have more chance of being good leaders than the second two. Quite obviously, good leaders are concerned for their patrons over their own interests.

A second behavioural psychology concept that has large correlations with leaders is the locus of control. A person’s locus of control is where they perceive the control of their life to be situated. If it is situated internally, they believe they are in control of their life. Or, it is is external, then they feel that external forces control them.

Those with an internal locus of control are motivated to try to determine the outcomes in their life themselves. They believe that success comes to those who strive and work hard. They are often highly motivated.

An external locus of control is correlated with low motivation. Unfortunately also with anxiety and depression, because the person perceives things to be beyond their control. They lack motivation because they don’t believe that it will make a difference.

Take-home: leaders tend to have an internal locus of control.

This is unsurprising considering how motivated leaders are, and that the locus of control is a key contributor to how motivated a person is.

But importantly, it is possible to change your locus of control along with your motivations if you aspire to be a leader.

Are Leaders More Or Differently Motivated Than Most People?

People in high positions have an aura about them. Often they seem completely different from the average person you see every day. You cannot imagine walking past them on the street or being their next-door-neighbour. Are they really that different to normal people? Is that aura emanating from PR, cathode rays, your imagination or is there really something that they are doing to create it?

We need to establish that internal and external motivations in fact influence all of us. That’s how we work according to behavioural psych. But do leaders have different motivations?

Many people are not motivated as strongly by the four motivations of leaders aforementioned (moral duty, altruism, narcissism & egoism). Instead, other motivations drive us. Motivations of non-leaders:

This list may seem peculiar to those expecting it to be a list of negative traits. They are not negative, and neither is not being a leader. Striving for leadership is a choice that depends on your personal motivations, as we are saying. So anyway, this list includes motivations that commonly direct people away from leadership positions. Acquirers of knowledge more often see the campaigning and management of leadership to be a waste of time. Those who pursue beauty and innovation feel similarly. They are motivated by creating things rather than creating themselves or affecting abstract politics. People who pursue leisure are driven by hedonism mainly, not any of the four leadership motivations. And there are many more alternative goals and motivations than this.

Does Leadership Attract The Wrong People—Are Politicians And CEOs Narcissists?

Obama’s chide and this entire thing begs the question of whether leadership positions like CEO and president/prime minister attract the wrong people? Many have asked this same question in the past—as a natural response to the kind of personalities we often see in power positions.

The Sydney Morning Herald states that narcissists are attracted to a hierarchy in business. They have a conviction that they can rise to the top in such a system. And in doing so, they will fulfill their large potential and display their success to others. Hence businesses with strict, deep, well-advertised hierarchies probably do attract more narcissists. And within each organisation, narcissists are probably more motivated to gain promotions, so are more likely to rise to the top.

Politics is the ultimate hierarchy for a narcissist, so expanding on this, it is not hard to see why many politicians are somewhat different from the ordinary person. Psychology Today describes the phenomenon and consequences of this in even more detailed and psychological terms. And the US presidents have been ranked on a scale of most to least narcissistic by researches (source). Here are the key results:

Most narcissistic: Lyndon B. Johnson (1963–1969). He was known for being persuasive and acting without hesitation in times of crisis. But also for being at times inflammatory and single-minded.

Least narcissistic: Millard Fillmore (1850–1853). He is rarely talked about in the modern day, because his personality was reserved and didn’t leave as much of an impression.

Positive effects of narcissism for leadership:

Negative effects of narcissism for leadership: 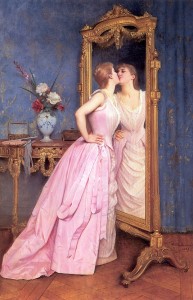 Narcissism can be both a positive and negative trait for a leader, and hence why narcissistic presidents can be better or worse—Bill Clinton and George W. Bush in no particular order. And hence why they can be both at different times like Lyndon B. Johnson.

Psychopathy/Sociopathy is a personality disorder characterised by a lack of empathy and guilt, uninhibited egotism and oftentimes antisocial behaviour. Sociopaths are greatly overrepresented in prison, violent crimes, horror films and they make up 4% of the population (source).

According to statistics, sociopaths are also overrepresented in leadership positions including CEOs, police officers and civil servants (Forbes). The affinity between civil service and politics/political aspirations is undeniable.

They are overrepresented for similar reasons to narcissists—self-aggrandising motivations and the ability to succeed through charisma and other associated traits. 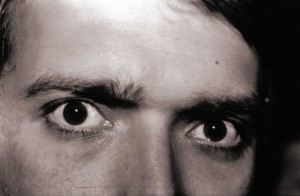 Psychopaths are known for in many cases being very well adapted to masking their condition. Hence many of the positive traits of psychopaths are actually overcompensations for their negative leadership traits. This doesn’t matter in any poetic ‘essential’ way regarding what a sociopathic leader is really like—are they really a good person?, etc. It matters what they actually are like. A sociopathic leader can be good, as long as they don’t exhibit the negative traits of their condition. Here’s the list:

Positive effects of sociopathy for leadership:

Negative effects of sociopathy for leadership:

Can Power Make People Go Insane? Is It Possible to Go Mad With Power? Does Power Corrupt? 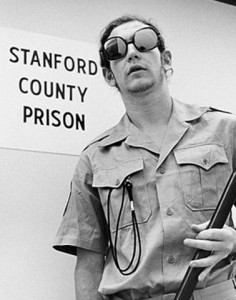 It’s a well known TV trop that power can cause insanity, but does this occur in real life?

The ultimate research study to cite in proof of this matter is the Stanford Prison Experiment (1971)—a study that couldn’t be conducted in modern times for ethical reasons. It involved delegating ordinary university students into the roles of prisoners and prison guards in a model prison to investigate the psychology of authority and role-playing. The outcomes of the experiment quickly far exceeded all expectations and it had to be aborted—as the prison guards began to psychologically and physically abuse the prisoners after only days.

One of the major clear insights from the Stanford Prison Experiment was evidently: yes, power can corrupt. But thankfully, modern prisons and modern leadership systems in the Western world have regulations in place designed to inhibit abuses of power. And these act to limit the absolute power entrusted to the prison guard role-players in this experiment—for it can certainly get to people’s heads. (And noting, that these were ordinary people with no history of mental illness.)

So Are Most Leaders Insane? Is Obama Insane?

You don’t have to be insane to be a leader, though leaders may have higher incidences of two disorders: psychopathy and narcissistic personality disorder (a pathological degree of narcissism). This kind of insanity surprisingly may have positive effects along with the obvious negative ones. So how would you characterise Obama? Is he himself insane? It doesn’t seem likely. Obama is atypical for a politician in that he is quite reserved—probably an introvert. He seems driven by altruism rather than egoism and doesn’t exhibit narcissistic or sociopathic traits.