The Budgie 9 incident of the last four days has blown up into a media extravaganza. The images of scantily clad boys, the extreme contrast in Australian and Malaysia perspectives and the flashy name that doesn’t scruple from including the key word of the humorous Australianism: budgie smugglers and word-playing on the ‘Bali Nine’ heroin trafficking incident of 2005. It begs the question—is the swimsuit industry benefiting from all this free advertising? What are the chances that this was a publicity stunt organised by a swimsuit company. And—this entire incident sheds light on one of the key issues at the heart of marketing: is all publicity good publicity? 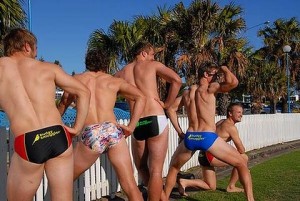 What is the Budgie 9 Incident? The name gives away nothing but sounds extremely interesting

The Budgie 9 incident involves budgie smugglers, partying young Aussies and the extremely conservative and punitive Malaysian government. What could possibly have gone wrong?

The upshot of the whole thing is this: Nine Australian young males stripped down to their budgie smugglers (and also drank beer out of their shoes) at the Malaysian Grand Prix in full view of thousands to celebrate the victory of the Australian driver Daniel Ricciardo. The Malaysian government viewed their scant Australian swimwear as a form of public nudity so imprisoned them for four days before admitting them without conviction after a trial.

Is the Swimsuit Industry Benefiting from the Publicity of the Budgie 9 Incident?

Most certainly. (This article isn’t meant to sound satirical or conspiratorial just yet but) money can’t buy the amount of free advertising and publicity that budgie smugglers have gotten in the last few days. On all major news channels and newspapers and around the world. Specifically in Australia and South East Asia—a large and highly convenient export destination.

The budgie smugglers of all of the Budgie 9 members beared the clear emblem ‘budgy smuggler’—an Australian swimwear company (link). And this company reported to Business Insider that they were “unable to meet the increase in demand from people around the world requesting custom made flag smugglers” (Source). How perfect is that? An Australian-made Australian ‘fashion’ icon being in demand around the world. What a lucrative international market has been opened up for the humble budgy smuggler. It could turn into an Australian cultural icon the world over. Mayve even an international party symbol similar to the way that the South African vuvuzela horn became renown through the 2010 FIFA World Cup hosted by South Africa. 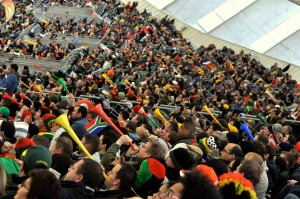 Why is swimwear a perfect industry for Australian exports? (And this is not satirical/conspiratorial or even negative. New export industries are always welcome for this country with a consistently negative balance of trade.) Australia is known for its beaches and athletic performance in swimming. In marketing terms: it fits well with Australia’s brand.

Could the Budgie 9 Incident be a Publicity Stunt?

To be frank, it could be a publicity stunt. This is coming from a writer who would not say that 9/11 could be an inside job–to give you an understanding of my definition of could.

budgy smuggler® would have to be suspect number 1 in this incident which isn’t meant to sound like a murder mystery. It’s just a mystery. This company specialises in budgie smugglers and its name was in clear large letters across the back of all the budgie smugglers involved in the incident. All members of the Budgie 9 had identical budgie smugglers on.

Other large news stories have been questioned throughout the ages over whether they are actually publicity stunts and hoaxes. In just the last few days, Kim Kardashian’s gunpoint robbery raised some serious conspiratorial questions. A multitude of them are currently circulating Twitter and other social media websites. These include that it was organised as a ratings boost for her show Keeping Up With The Kardashians and that it was orchestrated by Donald Trump supporters to distract from his drop in the polls during that week.

Is All Publicity Good Publicity?

The ultimate marketing question that this issue raises concerns whether ‘all publicity is good publicity’ as the saying goes. From the insight from this incident and my own marketing industry experience, here is my opinion (that is condensed into a series of aphorisms because I believe that few things are simple enough to be expressed in just phrase):

This expansion of the common saying accounts for the vastly different outcomes of publicity depending on whether the audience knows or doesn’t know what is being publicised and whether it is revealed.

This case is a good example of point (1). budgy smuggler® didn’t have much product or brand awareness around the world until the Budgie 9 incident so even though there were elements of the incident that were negative—it boosted sales.
budgy smuggler® was unknown but revealed.

(2) and (3) are the most obvious. (2) is the typical publicity hoax where someone makes themselves a hero in front of the camera. When Tony Abbott wore Speedos during his term as Prime Minister, he was probably aiming for (2), but ended up proving (3)—that bad publicity is bad publicity if it applies to someone already known by the public. The marketing concept here is brand image. Brand awareness has already been acquired—that can be garnered through cheap tricks. But building brand image is a delicate art form that can be damaged by bad publicity.

(4) relates to Budgie 9 also. The case was bad for the reputation of the nine budgie smuggling individuals but good for budgy smuggler®. The essence of this point is likewise about knowledge and attribution. The nine young men were attributed the blame by the media rather than the company. 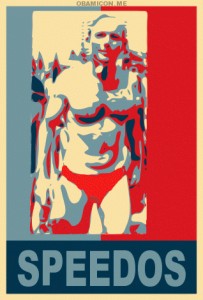 The Budgie 9 case isn’t just humorous soft news. There is a lot to learn about marketing from it when you look deeper—publicity stunts, media events and guerrilla marketing. After reading this article, you may find yourself more aware and more skeptical of other events that you see that are suspiciously product/brand–focussed and this kind of critical thinking is encouraged. But (just to make clear) most bona fide conspiracy theories aren’t overly critical—they draw connections without proper evidence and commit every logical/psychological fallacy in the book. This kind of thinking isn’t encouraged.