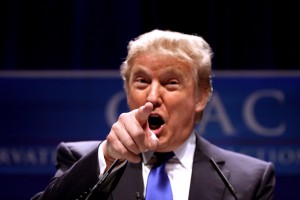 Trump’s personality is something. For sure. There’s a lot to say about it and it is a personality that has never been seen before in US politics (the closest probably being John McCain, but we’ll get to that). Trump’s love-hated personality is his greatest asset, which begs the question: is that his real personality? How did he develop a personality like this either way? And considering this, would his personality change or stay the same if he became President?

What Is It About Trump’s Personality That Appeals To Americans? Donald Trump: The Marketing Of The Brand

Trump’s personality is quite possibly the main driving force in American politics in the lead-up to 2016 US election. He is superlative, impulsive, highly extroverted and prone to fits of aggression and rudeness. Despite a constant stream of controversies, he has a strange appeal over a large part of the US population. The latest polls place him at 42%—second to Clinton at 47.9% who only recently overtook him (RealClearPolitics). He did a spasmodic impersonation of a disabled news reporter. Why do people like him?

dLook [which for the record remains politically indifferent in all respects] can offer its expertise in marketing and understanding people to explain this Trump phenomenon. One of the major PR problems that politicians face is dehumanisation. This explains the conspiracy theories alleging that George W. Bush is a lizard, Al Gore is a robot, etc. It’s bizarre how the campaign trail, the media event, the ceremonies and symbolism can accumulate to eventually making a politician so high-and-mighty that someone would suspect that they aren’t even human. No one suspects this of Donald Trump. Donald Trump is all too human. He is capricious and impulsive and angry and unthinking to an extent even surpassing most ordinary people. Hence the attraction.

A key term for Trump’s appeal is sincerity. He appears to be showing his true personality at all times (more on this later). This, despite (because of) his obvious flaws makes him seem more trustworthy to some than the goody-goody type Hilary Clinton. Deeply engrained in our mentality for good survival reasons is the maxim: negative known-knowns are better than unknown-unknowns. The best comparison is probably when John McCain was a frontrunner to the 2008 presidential election. People knew about his rather unsavoury ultraconservative policies, but supported him largely because he positioned himself as a maverick, contrary to the high-and-mighty political establishment. He was a human with well documented human suffering, a temper and clearly unscripted ill-considered remarks. 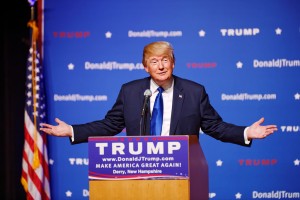 Finally, Trump understands his target market: white, male and with feelings of alienation. The Angry White Male stereotype basically. This is based on an analysis that found that his supporters were skewed towards males, anglo-saxons and the lower socioeconomic classes and less educated (The Washington Post). Trump promises to “Make America Great Again” for these patriots who feel forsaken by their own country.

But Is That Trump’s Real Personality? Is He Acting For The Public?

Is it all an act? Did a full-grown actual Republican leading presidential candidate really fat-shame former Miss Universe Alicia Machado for no other reason than impulsiveness? Why does Trump keep committing what should be political suicide but turns out to only increase his reach further?

dLook’s opinion is that Trump has lived a very public life, during which he has developed his personality to be what we see today. Trump’s pre-political life was one of wealth, the management of a large business empire and as a television personality. His personality would have its origins in his management position and wealthy upbringing, but it would have evolved into the dramatic show that we know today through his TV career. Trump’s most notable television role was as the executive producer and host of The Apprentice—playing… himself basically—a real-estate mogul with an explosive streak. In all of his roles—in both TV and films he played that same character. Would you call it acting?

Trump’s TV career would be called acting—but more so at the start of the career. His character was always a caricature of himself. Just a more hyperbolic version. But he changed into the caricature of himself as time passed, and he became enamored with his own personality and his own success. More than once has Trump been described as ‘narcissistic’, so this eventually is more than plausible. And it explains why Trump is possibly the easiest presidential candidate to caricature to date. 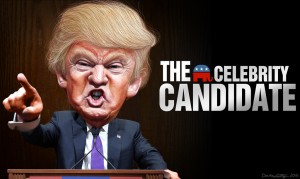 So in summation: is Trump acting or is that his real personality? We say that it is real—for better or for worse. He has become the caricatured version of himself that he used to act.

What Would Trump Act Like If He Became President? Would His Personality Change? 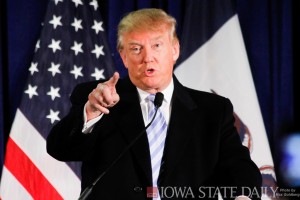 Considering that that is Trump’s actual personality, what would he be like if he became the President of the Unites States? Would his personality change?

You would hope that the same thing would happen as when the coolest, naughtiest boy in school gets elected school captain. Most of the time he straightens his back, wears full school uniform and abides by the school’s formalities, setting a good example for all those who follow him. A schoolboy’s personality is often subsumed by the institution and responsibilities of the school system. But would Trump’s personality be overpowered in the same way? Or would it overpower the system?

The unfortunate thing [and this value statement is the work of a rogue author, not of dLook] about Trump’s personality is the way that it is driven by narcissism. Narcissism was such a crucial part of his entire personality’s creation and it is likely that it will continue to develop it if he assumes power. Whereas he developed his character greatly during his acting career, he would likely develop it even further if he became President—for this is the ultimate self-affirmation really, for a narcissist.

Donald Trump’s personality is fascinating, complex and above all entertaining. It has taught America and the world a lot about humanity—through Trump and those who support him. If he gets into power, which he may well, then we are all in for a much longer show, with higher stakes, let’s hope that Trump’s personality can handle it.