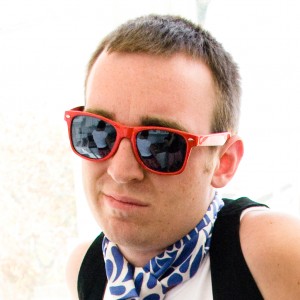 Pretty much everyone agrees that hipsterism is on the way out. Many are breathing a sigh of relief, but marketers are not pleased. Hipster culture was a much needed way to market to the notoriously marketing-averse Millennials.

This article discusses why the hipster is dead, what this means and what marketers should do to keep appealing to Millennials into the future.

Hipsterism Defeated Itself—The Reason Why The Hipster Is Dead

The 1990s– hipster that we know today is a revival of the original 1940s hipster. 40s hipsters sported snazzy suits and groomed facial hair. They listened to jazz and read philosophy. They were alternative, cultured and ‘hip’.

90s hipsters were of the same stock, and with an additional touch of authenticity from idealising the days before media and marketing made the world superficial and tasteless.

But the 2010s hipster culture is not like 90s hipsterism at all. In fact, hipster is often viewed as a derogatory term nowadays because of how warped the tenets of hipsters have become.

How Hipsters Deemed Themselves To Be Un-Hip

The essence of being a hipster is being ‘hip’. Originally, this social respect from other alternative individuals came from demonstrating great cultural knowledge, creative talent, free thought and mindful subversions of popular trends and tastes. In the 1940s and 90s this was the case. But hipsterism has become so bastardised that now it is virtually the opposite.

Creative talent can be inferred but not implied by looking artsy, eating artsy food, hanging out in artsy places with other artsy looking people and etc. Most of this can be purchased quit easily.

Free thought and individuality can be inferred through mindlessly following the alternative choices of other hipsters. This is a common way that subcultures fall under their own weight—when the attempt at originality results in everyone looking the same.

The point is not that all hipsters do this, but that it is too easy to do. So that then the truly authentic hipsters boycott the subculture, causing it to degrade further. This is a common story.

And so a subculture founded on authenticity has actually become the opposite—a highly superficial, image-based feign at coolness open to really anyone willing to invest the money.

Therefore, it is or will soon be the case that hipsters deem hipsters to be uncool. Is it much of a surprise? For how stable could a subculture be that is so focussed on avoiding mainstream popularity. Most people could predict that if hipsterism ever went mainstream, it would commit suicide.

It Was Just Too Easy To Buy For A Hipster

The hipster trend seriously caught on in the marketing world and for good reason: hipsters were just too easy to market to. If you go onto a marketing agency’s website, you will see hipster culture all over. The message is: we understand how to market to Millennials.

Hipsters can (or could) be marketed to in the following ways:

What’s Next For Hipsters · What Comes After Hipsters?

We agree with most sources, that what comes after hipsters will be more authentic, but not in a way that shoves it in your face. We have already seen the hipster trend become less serious in recent years. Not many people really post pictures of their new typewriter on Instagram or wear 40s leather vests. Many people still enjoy wearing elements of hipster dress, like a beard, but don’t consider themselves to be hipsters. This is authentic.

Many predictions hold that the ‘yuccie’ will be next in line. ‘Yuccie’ stands for ‘young urban creatives’. It is similar to the ‘yuppie’ culture, but more in favour of small business startups, creative enterprise and ethical practise. Yuccies seem to hold many of the positive qualities of the hipster culture, along with many of the practical qualities of yuppie culture. But time will tell whether yuccie culture will degrade in the same way as hipster culture.

How To Market To Millennials In A Post-Hipster World

How will marketers continue to target Millennials when the hipster trend is dead?

We think that marketing should go in the same way as the promising ‘yuccie’ culture (at least until circumstances can be reevaluated). Many of the positive qualities that appealed to hipsters should still appeal to them after they stop being hipsters: ethics, organic and uniqueness. Even if the aesthetics and tone of the marketing campaigns are changed. A real focus on authenticity as opposed to style should be adopted. Essence as opposed to appearance.

Marketing agencies should rebrand themselves in the same way. From ‘we’re so hip and alternative to ‘we don’t care about being hip, just about being the best at what we do’.
As a marketing major, I actually look forward to a future where ads can be more authentic and less uniquely/predictably stylised. Also, I think that if Millenials as a whole start to be less concerned about ‘coolness’ as the ultimate end, then it may make conventional marketing approaches somewhat easier.