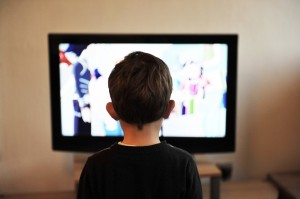 Unfortunately, there are ethical considerations involved that cause some to take the stance that marketing to children is wrong outright. Susan Linn, director of the Campaign for a Commercial-Free Childhood, believes that “Advertising, in and of itself, is harmful to children.” She believes that it teaches kids to value products for their packaging, endorsement and other superficial aspects rather than the product itself.

But it’s unrealistic from anything but the most economically-indifferent perspective to halt marketing to children altogether. People aged 0-17 represent around 35% of the population (Source—so it is a demographic that can’t be neglected. And for some companies, they are the target market.

The solution is to market to kids ethically. To do so requires no small amount of tact and forethought. Here are some things to thoroughly consider to avoid public backlash of the kind that can be so pitiless when people’s kids are involved.

If you are advertising a product considered to be ‘less ethical’, don’t target children directly

There are many products considered to be less ethical that are sold in the free market for good economical and libertarian reasons. For example, delicious burgers. We are all glad that burgers exist so that adults have the freedom to make sensible decisions about buying them, but it doesn’t mean they should be marketed to children. Hence the dramatic shift in McDonald’s advertising in the last decade. Happy Meal advertisements in Western countries have dropped off sharply and been replaced by more age-neutral ads.

In this day and age, advertising directly to children rings alarm bells when parents see it, so even if it is done in the most tactful manner, if parents see the product per se as not child-appropriate, then a serious fallout with brand perceptions may occur.

A reassurance of a sort is that adult’s advertisements reach children anyway. But there are restrictions on in which times and places some products can be advertised and for good reason.

Tread Lightly In Every Possible Way

When creating an advertisement for children, imagine showing the advertisement to the child of the strictest, all most protective parents you have known and can imagine, all in sequence. In the wider public, statistics are that there will be people like this viewing your ad. So you must keep it unoffensive in every possible way.

It shouldn’t include any adult themes, even jokes intended to go over kid’s heads like in Disney movies. Your brand is not Disney and won’t get away with it.

It mustn’t involve a strong message on any issue in any direction. Even a widely-regarded-as-positive issue. Some parents will be trying to raise their kids in the opposite way and may get outraged.

The intention of this section was not to send-up parents for being overprotective, but just to elucidate the statistical fact that the wider the reach of your children’s ad/brand/product, the more feet that it will tread on. So tread lightly.

After you have first and foremost considered ethics, then you can start thinking about how to most effectively advertise to children. Advertising to children can be extremely effective because of the impressionability of children—they can be more easily persuaded and these impressions can influence the way they think in adulthood also. These are some of the ways that you can use this advantage (always within the boundaries of ethics). 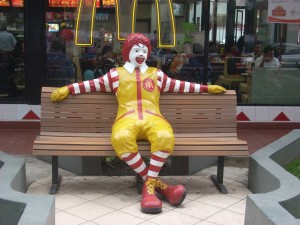 Children have remarkable brand recognition for several of the most well-known children’s brand icons. A study revealed that 3–5 year old preschoolers could already recognise the brand iconography of McDonald’s, Pepsi, Disney, Zac Efron and even in some cases Toyota (Source).

This shows the power of building brand loyalty from a young age. The rather confronting term—‘cradle-to-grave branding’ is often used. It means advertising to people from an early age all the way through their life, in different forms obviously so as to appeal to them in different stages of life. For instance, McDonald’s sells cradle-to-grave products—burgers. They can be eaten in all stages of life. But to incept and sustain interest they market their burgers in different ways to each of the age categories. To children, they promise toys and play equipment, to adults—healthy options, to the elderly—senior’s discounts and free coffee.

Market To Parents Through The Kids

This is the hard part pretty much. It’s easy to get kids excited about something, but to get their parents on board is another thing.

A lot of research has gone into the process by which children influence their parent’s purchasing behaviour. There is actually direct research into ‘nagging’, and which kind of nagging best influences parents (Source: The Nag Factor/Pester Power). This study defined two types of nagging: persistence nagging and information nagging.

Persistence nagging is when kids try to get their parents to buy something through repetition. Through ‘wearing them down’ basically.

Information nagging is when kids try to get their parents to buy something by explaining why they want it.

It was shown that information nagging was substantially more effective than persistence nagging. So the implication for marketers is to market to kids in such a way as to encourage them to information nag rather than the alternative.

Children’s advertisements can do this by telling kids the best lines to advertise the product. The intention is that the kids then pass these lines on to their parents.

The one key takehome point from this article is that in children’s advertising—ethics and effectiveness are intertwined. An ethical children’s advertisement has the chance to be effective, if executed well. An unethical yet well executed one may meet ruining public backlash.

As any marketer who has ever used a ‘Think of the Children’ argument to support their claim knows: children are a source of immense power in advertising, but that power can cut both ways. The key is to be always respectful and genuinely not malevolent in a way that can be supported if parents become offended somehow.