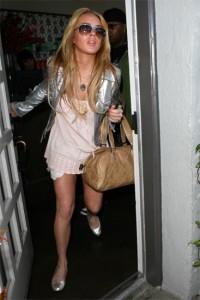 Inbound Marketing is the way of the future for marketing. It consistently delivers high results, and a business that builds a collection of articles is very likely to rank in the first few pages of Google. But all inbound marketers dream of writing that elusive single article that has a magical spellbinding effect on readers and the media—doubling sales and brand awareness overnight.

This is an article about web content that has done that. It has been the exact right content at the exact right time. And it will introduce you to the technique that underlies such success—newsjacking—which is easy to attempt yourself.

Newsjacking—What Is It? How Does It Achieve Such High Results?

It works like this: when news is first breaking, you the inbound marketer create web content that puts a new angle on the story in a way that promotes a business. Journalists at this point are still hastily writing their own articles, are are using any of the scant information they can find as a secondary source to guide them. The inbound marketer’s content becomes a source for these journalist articles, so it can influence the news significantly and in a way that points eyes towards your business.

The Best Examples Of Newsjacking—In Revenue And Media Attention

There are some great examples of newsjacking in marketing lore, and they were all smart lighting-fast moments of inspiration.

My favourite example is of how a 22 year old entrepreneur earned **$250,00 in new revenue
** by newsjacking a celebrity scandal. Trent Silver ran the website Cash for Purses, and had a brilliant idea when news of Lindsay Lohan’s enormous IRS fees and legal bills were announced. He quickly contacted several leading soft news sites with the information that he was offering to buy Lindsay Lohan’s designer bags off her so that she would be able to pay her bills. It was a juicy story—in the way it confirmed Lohan’s financial woes—and it was referenced and re-spinned by many other online news companies.

Here’s the first article, that started it all.

Trent’s company is one that buys and resells purses, so his strategy of newsjacking on soft news/celebrity/gossip news sites was very well targeted. This was his target market. And there were so many backlinks to his site from these articles, so many articles and so many viewers, that he was able to generate 8000 new leads and gain fame as a succesful young entrepreneur.

This is in my opinion the most inspiring example of newsjacking because it shows that all it requires is timing and an idea. On both of these, Trent was spot-on, and from then the execution was highly minimal. He did’nt even write the inbound marketing content himself and he spent $0 on this campaign in total.

The Keys To Succesful Newsjacking

Trent’s story was released at a time when the Lohan story was still new and still unfolding. And it appealed to people in the way it made Lohan’s financial difficulties seem even more extreme—if a company was actually offering her money. And it appealed to journalists as being a fact that was easy to link-reference.

How Should I Start Newsjacking?

Here are some tips for you to start upping your inbound marketing efforts through newsjacking for your company:

At the end of this article, hopefully you feel as excited about newsjacking as we did when it first came out. It is a beautiful idea with many examples in real-life of amazing results. And not to mention the appeal of seeing your news story on the web and possibly even becoming famous for a little while. Good luck!