Marketing and politics go hand-in-hand just as well as do marketing and business. And we have been seeing this interrelation increasingly in recent years. Political parties have become brands, and brands have become political. And this political marketing has played a large role in causing the proliferation of identity politics in recent times. 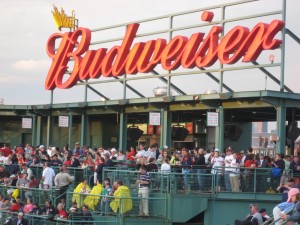 Political parties spend gargantuan amounts of time and money in campaigning—and campaigning is marketing. Candidates hire marketing and PR managers to formulate their image and guide them in their public actions.

No serious political party is all brand, but some are more than others. Here’s a quick rundown of the marketing of US political parties:

Brands Getting Political—Using Politics For Marketing

Using politics in marketing was once, and still largely is, quite contentious in marketing. Does it alienate and deter some customers, or target more specifically and connect better with customers?

All Brands Are Political

Firstly, one thing to note is that all brands are political. Whether they intend to or not, they hold some political stance, and this is unavoidable for brands as much as people. Where they stand is dependent on a variety of factors—what they do, who are their clientele, etc. And there have been several (US) studies that ordered brands into their political leanings (Forbes, Time):

But Some Brands Are More Political Than Others

But in the lead-up to the increasingly brand-centric US election, more companies are jumping onto the bandwagon of the political brands of the major parties. It’s about appealing to the sentiments shared by so much of the public in regards to this election.The three main ways of branding have been these:

It is also very popular amongst other demographic groups to be for Trump. Yet brands jumping on the Trump bandwagon are rarer. It’s a bold move for a brand to support a party openly, but to support a controversial party leader like Trump is a larger step.

The second main way that brands are benefiting from this election is by appealing to the common sentiment of: ‘we don’t really like either of the major party candidates’. A hilarious example of this is the Bud Light Super Bowl commercial that presents the answer: at least we can agree on beer.

A term that has really taken off in the 1990s is ‘identity politics’ (Google Ngrams). This term refers to the way people base their political positions on the social groups that they are a part of and the way they are seen. This term rings a lot of bells when you think about it. It’s a large reason for why a lot of university students are left-wing, a lot of females are voting for Hilary Clinton, many from the American South are voting for Trump and etc.

There is an interesting marketing insight to be gained here: when buying into a brand, people also brand themselves.

No company ever understood this truth more than Apple, which print big Apple logos on the backs of all its devices so that people know that other people can see that they are using Apple. It’s the same with ‘Make American Great Again’ caps.

So if people really do make important voting decisions based on personal identity, is this some kind of pitfall at the heart of democracy?

It is a shortcoming, and it does make people easier to campaign to, but it doesn’t have the drastic effect on votes that you may fear. Many females would have voted for Hilary Clinton anyway, had their personal reasons not been a factor, the same for the American South voting for Donald Trump. Because a female president is more likely to support the interests of females and the same for a Texan president for the South.

The way that politics, marketing and personal identity are related is not only fascinating, but holds some valuable learning lessons for marketing. It is expected that into the future, this trend of increasing interrelations between the three fields will only increase.