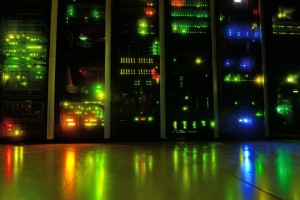 For startups and businesses small to large, a web hosting service is one of the choices that must be decided upon. There are a plethora of options, terms, conditions and technicalities to consider. That’s why we at dLook felt the need to write an article to explain these terms and guide you into the right decision based on your specific business needs.

The web hosting options to choose from can be displayed in a tree diagram. This diagram can give you a quick overview of the options and which decisions you will make at each juncture of the tree.

Now we need to explain what all this means . . .

The broadest decision to make is between:

Traditional hosting is where you loan a server or part of a server from a web hosting company for a fixed monthly cost.

A server in this case is a computer which provides functionality to your computer. It serves you by providing you with computational capacity and memory.

This server resides in a *data center* which the web host either owns or loans.

A data center is a large group of computers in a warehouse somewhere.

Cloud hosting is where you loan a variable amount of computational and storage capacity at a variable cost from a *cloud server*.

A Cloud Server is a group of multiple connected servers that aren’t neccesarily located in the same geographic location. Hence you don’t loan whole or fractions of fixed servers, but you loan the combined efforts of multiple and variable servers.

Which is better? Traditional hosting or Cloud hosting?

Traditional hosting and cloud hosting are both in different cases cheaper, more reliable and safer than each other. The per-usage, per-hosting service analysis below goes into these specific cases. One thing that doesn’t differ however is that cloud hosting has more scalability but it also presents higher security risks.

This is an issue that needs to be addressed because it is an anxiety for many business-owners who are thinking about adopting this new technology.

The security disadvantages for cloud hosting compared to traditional hosting are:

Shared hosting: you loan a part of a computer and share it with others. The computational power and storage are shared so sometimes another user’s usage can impinge on yours. Also, you have rather restricted privileges as a measure to prevent you from abusing this sharing situation. So email and FTP functionalities will be supported, but probably not hosting applications.

Virtual private server (VPS) hosting: you loan a part of a computer and share it with others. But, you share it with less others. Also, you own a portion of the computing power and memory that can’t be impinged on by others. Also, there are less restrictions as to what you can do in your own VPS.

Dedicated hosting: you loan a whole computer. There are no shared resources and maximum privileges.

From cheapest to most expensive, the hosting options were in that order: shared hosting, VPS and dedicated hosting.

But this order is also for the least to most reliability, security and user privileges: shared hosting, VPS and dedicated hosting.

There are many types of cloud hosting, but two key ones that we will be addressing are:

Dedicated hosting is obviously more expensive, but has the benefits of increased reliability, security and user privileges.

Now that you know the fundamentals of web hosting, it’s time to start looking at the actual options you have available to you. We will be comparing the AWS to its cloud hosting alternatives and also against traditional hosting options. This is a great start to finding the right hosting choice for your business.

Let’s start with the big one. AWS. The company that’s seemingly taking over the hosting industry. Its market share is growing rapidly. Is there a good reason for this?

AWS uses the latest cloud computing technologies and there are some considerable advantages to this:

But the AWS has two considerably disadvantages to be aware of:

But, for small-medium hosting projects, the scalability of AWS may actually make it cheaper. The best analogy is phone plans. For low-moderate phone users, pay-as-you-go can cost less because you don’t pay for a lot of stuff you don’t need. But for moderate-high users, a phone plan is much cheaper. 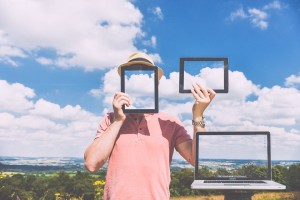 The major cloud hosting alternatives to AWS are Google Cloud Platform, Microsoft Azure and SoftLayer. There are numerous features, prices and packages of each platform that makes comparing them highly complex. But Right Scale Cloud Comparison can help.

A summation of the Cloud Comparison data is:

If you decide to opt against cloud hosting, here are some traditional hosting companies that are major choices for Australians.

(Much of this data was collected from the SiteGeek database).

Crazy Domains is an adequate option, but is to be honest amongst the worst choices in this list.

It’s prices are fairly average. They start at $3.99/month for shared hosting. And for this they provide a very substantial 150gb of storage.

It’s uptime (the percentage of time that its servers are online) is only 98% which is mediocre. Therefore 2% of the time it’s servers aren’t online and people can’t access their data and visit these hosted websites.

Consumer reviews for Crazy Domains are extremely poor. It is the only company out of the ones listed where a Google search for ‘{Company name} reviews’ yielded a Facebook page created by disgruntled customers: Crazy Domains FAIL.

GoDaddy is potentially the cheapest option on this list, with hosting starting at just $1.00/month for shared hosting. And for this you get 100gb of storage and unlimited bandwidth.

Consumer reviews of GoDaddy are surprisingly positive for a hosting company (it is one of those industries where a big company has close relationships with individuals and the results aren’t always pretty). But GoDaddy users seem overall pleased.

Melbourne IT is an Australian-based company unlike the other options.

It has an uptime of 100% according to SitePoint, indicating that downtime is very rare.

Like with many Australian products and services, Melbourne IT is somewhat more expensive than the other options. It’s plans start from $12.94/month for shared hosting. And for this you get only 10gb of bandwidth and 5gb of disk space.

Customer reviews are average. And for the hosting industry, the average is quite low.

It’s reliability is extremely high—listed as 100% on SitePoint.

And a Google search of ‘Bluehost review yields a first page of all 3.5+ ratings. This is remarkably high for a hosting company.

What Host Does dLook Use? Anchor Cloud Hosting

So What Is The Best Hosting Service For My Business?

This is a question with not one answer, but with multiple factors to consider in reaching a decision. In this article, we focussed on the most important factors to break it down. To highlight these, here they are again: