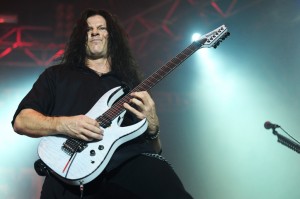 Woe unto them that call evil good, and good evil; that put darkness for light, and light for darkness; that put bitter for sweet, and sweet for bitter! (Isaiah 5:20 King James 2000 Bible)

As a agnostic metalhead, this biblical passage hits home.

In the modern Western world, a trend for the past \~70 years, especially amongst young people and the countercultural is for bad to be regarded as good and good to be regarded as bad. Of course, to make such a statement, certain definitions are at play which must be explained.

The Definitions Of Good And Bad

Good and bad are purely definitional because these concepts are entirely abstract, relative, subjective and socially constructed. Hence it is of utmost importance that I get these definitions straight. So to break down the title of this article:

– ‘Good’ pertains to traditional and conservative notions of morality whereas ‘Bad’ is society’s current perception of this kind of morality.

– whether this morality shift is good or bad for society. But—in what moral sense is this deemed? Well, it’s lengthy and difficult to make a claim of moral objectivity but I believe the conclusion will make you a better metalhead or a better Catholic priest.

How To Be A Good Kid 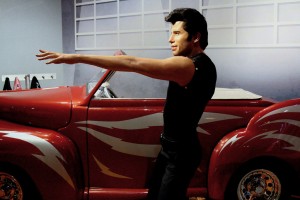 If a child or asks you: “How do I be, good?” you should give them the contemporary answer that in this day-and-age you should:

By following these instructions you will become very good at being popular amongst the youth and countercultural circles that define the ‘culture of this era’ because you will be good regarding the values that these circles appreciate.

These values are: Freedom, Creativity, Sexuality, Inclusion, Change and Enjoyment.

A leather motorbike-riding, party-hard, electric guitar-playing stud proves himself to be free from the constraints of society, the law, what adults think and the desk job. They are creative enough to not only make music, but to subvert the norms and play in the extreme genre of metal. They are manly and have proven their sexual potency many times. They are a member of the group and they prove this by making their group laugh by making fun of those not in the group. They are a flag-bearer of change—of the new generation with new ideas like Anarchism. And of course, they represent enjoyment. They create envy by appearing to be having so much more fun than everyone else and this is the main way that ‘badness’ starts to appear to be ‘goodness’.

What Is Actually Good And Bad Anymore? 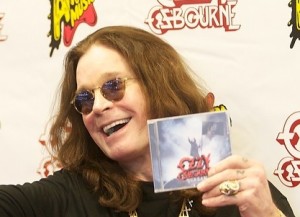 Freedom, creativity etc are real values and even are good in the conventional sense, however they are less favoured in the conservative philosophy (and so conservatives don’t go as out of their way to display them in their image). These values are timeless and should of course be appreciated along with the conservative values of stability, moderation, discipline, manners and fairness. Your own belief system will determine to what degree you value each of these.

But what is the way to act—because this is the mark if not the definition of morality rather than just private beliefs. Well badness has actually done a lot of good in the world. Many people enjoy heavy metal, motorbike-riding, swearing, crude humour and pre-marital sex. A Victorian world that prohibits such things would be dull and authoritarian.

Yet, badness has a lot to answer for. Online trolling and edginess has gotten people arrested and even killed by accident or from suicide. Bullying is a way of fitting in that has so much to answer for that it needs no explaining. The same goes for alcohol, drugs, promiscuity, breaking the law and the ‘whatever’ attitude. On a more delicate note, the postmodern revolution in art—in its drive to break conventions, broke a lot of conventions that were there for good reason. Like it is now commonly regarded as intelligent to be self-reflective, relativist and even obscurantist—all of which on a deeper level are just irritating, pointless and confusing.

My model of Good morality is Ozzy Osbourne. The lead vocalist of doom metal band Black Sabbath, that’s right, who collaborated with Motörhead and Slash in the song I Ain’t No Nice Guy is actually a smiling, really genuinely nice guy when not in the depths of a doom concert. He has all the qualities of modern-day ‘badness’—the freedom, creativity, etc., but is still a family man who respects his fans and band members. In other words, he’s one of those metalheads who doesn’t take it too seriously and end up being an actual jerk. His philosophy on life (despite maybe the ‘moderation’ and ‘promiscuity’ parts) strikes a fine balance between progressiveness and conservatism and I would recommend it to my child.