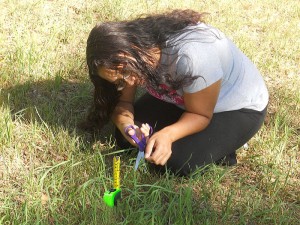 If you are a perfectionist like me, then this can give your life a massive productivity boost when you stop wasting time obsessing over minor, obscure things and start using your focus to turn into a highly motivated and successful person.

I got the inspiration for this tip/life hack/way of life from a passage from the great novel Infinite Jest. It contrasts the protagonists highly successful mother with a friend who both have OCD. The friend’s life “ground to a halt” because of his compulsive hand-washing, checking of the stability of doorways, tennis raquet maintenance and other overzealous tennis compulsions that rendered him unable to play professionally. Whereas the mother is “compulsively efficient even about her obsessions and compulsions” and she is the head of a tennis academy, a mother and a radical grammarian (this is all in †234). Albeit, the mother is portrayed as domineering and phobic because this is the nature of the extreme case of the obsessive-compulsive disorder (versus generic perfectionism), but she is high functioning and far better off than the friend.

The point is that this technique can work for those with perfectionism to those with OCD. However, for those with OCD, your psychologist should be consulted to make sure that it doesn’t act to ingrain your disorder further (which it shouldn’t as you will probably be convinced by §4). But while this has worked for me (who is non-OCD), I would like to share the best disclaimer against the method, also from †234: “whether this makes her more insane . . . or less insane than [friend] . . . who can say.” Honestly, I’ve always regarded productivity as a form of insanity.

How To 2 Your Productivity Through Perfectionism

Now to put this into action. Here is a summary of the general process that I went through to achieve productivity2:

1. Identify The Things That You Waste Time Obsessing Over

I encourage you to write a physical list because it is a productive perfectionist activity to get you introduced to the feeling of using your focus productivity.

2. Pay Attention To The Things On Your List And Cut Them Out

Now that you have paid attention to your life in making the list, the next step is to continue paying attention in order to notice when you start being a perfectionist over these things. Then when you notice yourself doing them, force yourself to cut it out. It will feel unnatural, uncomfortable, messy, dirty, etc., but it will soon become the new normal and you will notice that your life has improved and not gotten worse.

3. Choose The Things To Keep Being A Perfectionist About, And Those Which You Will Start

Now for another list. Write down the perfectionist things you do which are actually productive. Here’s a partly personal example:

All of these have payoffs which exceed the effort and time you put into them. And be conscious to not get so obsessed over them that this fact changes.

Now, create a list of things that you want to start being a perfectionist about. This is your new outlet for your focus and energy as your old bad habits are eliminated:

Now you are starting to see the real benefits of this approach to your life.

4. You Will Probably Become Less Of A Perfectionist As Time Goes On And That’s OK

When you you cut our your non-productive perfectionist activities you are becoming used to going against the grain of your habits. You are training self-control and weakening your perfectionist tendencies. Hence over time you probably add more things to your list—things that never even occurred to you to be overzealous. This is a good thing because it is a way for you to be more productive whilst exerting less energy and stress. It’s a win-win.