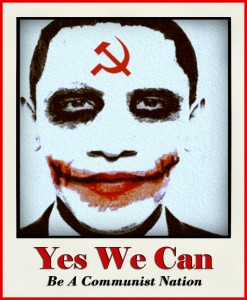 ‘Generalising’ is a dirty word. To the left-wing, it’s virtually an expletive, and to the right-wing it begets groans of ‘not this kind of article again’. If you are of the latter persuasion, don’t stop reading just yet, because it’s not that kind of article. It doesn’t exhort political correctness so much as just correctness. Because generalising in the broader sense is a mental shorthand that too often gets confused for the truth—about ourselves, others and all kinds of political and psychological theory.

The upshot of this article is that, unless you have a highly neurotic personality and ultra-dogmatic if not extremist views, you are probably not you are probably not left- or right-wing, intro- or extrovert or etc., but a more complicated position between them. And if you think deeper you will realise that there really aren’t these kinds of nice bidirectional spectrums at all. Deep thinking nullifies them. This is how it’s done.

How Constructs Are Still Useful

Nevertheless, we are not ready to throw a large bulk of psychology and political science out the window for the nitpicky reason that it doesn’t work in all cases. This isn’t one of those articles that pitifully tries to actually substantiate a clickbait title by taking an extreme, outlandish position on the topic. Myers-Briggs Is (Not) Useless. Left-wing And Right-wing Do Exist.

Left-wing, right-wing, libertarian, authoritarian, progressive, conservative, capitalist, communist, anarchist, etc. . . . . . . are terms that allow us to talk about, study and analyse political positions. It’s a facet of political science as much as it is science—we can categorise these two things that are different in the same category because they share traits. A gum tree shares key traits with an algae that classify them both in the Plant Kingdom even though both are vastly different.

Likewise, psychology is a science because it classifies mental processes, personality traits and the like in a way that makes them examinable.

Here are just some of the ways in which generalisations are legitimately useful:

Yet They Are Less Clear-Cut Than In Hard Science

As useful as political and psychological constructs are, they are not as useful as those in the hard sciences like physics and chemistry. And although the latter part of this sentence may cause arousal in some of the academic community, the reason why I don’t call these fields ‘hard sciences’ (even though for noble reasons they are trying to be) is for the very reason that their constructs are not clear-cut.

Constructs are the building blocks of science as aforementioned, and those in chemistry are highly exact. The family halogens of the periodic table are defined by a single unvarying property that each halogen molecule of each halogen element shares: the possession of 17 electrons in the outermost shells of their atoms.

But in politics and psychology, not all left-wingers agree on any one issue, and each of them has a slightly different take on each issue and each human mind varies in every dimension between each other and between itself depending on an infinitude of factors and if you go deeper you realise that there are really no easily-interpreted spectrums at all in either psychology or politics in reality because both are based on thought. Thought is position, conjecture, counter-conjecture. It is information that can’t be summarised without loss. And unfortunately this means that these fields are ‘soft sciences’—where thoughts are analysed by more thoughts and counter-thoughts and counter-counter-thoughts ad infinitum and widely accepted theories are few and far between.

How Generalisations Are Misused In People’s Thinking

Generalisations as a mental tool are grossly misused by people in their everyday thought, and this skews their perception of themselves, others and of all kinds of theoretical thought. The basis of this to be honest is laziness—a natural human trait that requires constant self-consciousness to prevent until it becomes a good habit. People get lazy when they start thinking thoughts like:

(1) jumps to a conclusion about something you havn’t even tried just based on one aspect of it that conflicts with a tendency for your personality type (sometimes, for some people, in general). (2) is worse; it jumps to a conclusion about another personality trait just based on a correlation with one you have. This can have runaway effects on your self-image that start to look a bit silly on your Okcupid profile (some people just give themselves so many labels). (3) is one of the worst failings of the democratic system and has an uncountable influence on each election. People vote for a party because it aligns with their political stance, without looking into the actual policies that party promises. And it gets worse as people often regress from a left-wing supporter to a Labor Party supporter with age. This is even lazier. (4) represents the political equivalent of (1) and (2); your categorisation is determining your views (and your categorisation itself), not vice versa. (5) is based on the fallacy that left- and right-wing and their adherents are polar opposites and that they don’t share commonalities (hot tip: if you want to get along with a person of the ‘opposite’ political persuasion you should talk about liberty). (6) is like (2) but applied to another person. Myers-Briggs and the like can allow you to make conscious assumptions that they may be creative—for it is more likely than the average person—but you shouldn’t take this assumption as a given for the same reason that you shouldn’t make more negative character assumptions—it is unproven and unfair.

How To Use Generalisations To Aid Clarity, Not Cloud It

If you know your four-letter personality type, your psychologist’s diagnosis or etc., that’s useful. It tells you more about yourself, but don’t stop there. Use it as a starting point and not as an end-all towards learning more about yourself. Neither as an absolute truth that causes you to base your future introspection on assumptions.

Here is an example of a complex, specific, un-lazy way of using psychological generalisations:

~I am an introvert yet I am extroverted when with people I know and trust like my girlfriend. Does that make me less or more of an introvert? Wait a second, maybe this is focussing too much on the dichotomy—on second thought, it doesn’t matter what it makes me only that I now understand something more about myself~

If you have a political siding or affiliation, that is a useful shorthand way of expressing your views to others if the conversation doesn’t allow for more detail, and it is useful if you have a unified political view where elements tie together. Yet, for most post-20th century, post-ideological people, it isn’t overly useful for internal political thought. You can support abortion yet oppose euthanasia. ‘But that’s hypocritical!’ Well actually: [insert complex reasoning]. The essence of good political thought in my opinion is this kind of reasoning to justify your views that isn’t hypocritical yet isn’t necessarily ‘pure’ in any ideological way. My political stance may be left-leaning if you aggregate it, but I pick-and-choose from both sides of the spectrum, as well as from the progressive and conservative. The essence of good, contemporary (postmodern) political thought is ‘picking and choosing’.