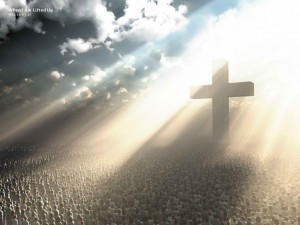 Praise the Great Almighty Divine Supreme. –Is what you were expecting this article to say, along with some rather disagreeable homophobic undertones. It will say some things that are disagreeable to many liberals. That is, that conservatism and religion have been the main drivers of civilisation and modernisation throughout history. And it will also say that these systems have certainly done more good than harm. These are all very un-modern things to say. It’s also a surprising thing to say coming from a writer who is overall—a liberal atheist, but not if you have read my other articles and realised that I just believe in what is actually true.

Family Guy Was Wrong. We Would Be Far ‘In The Past’ Without Christianity 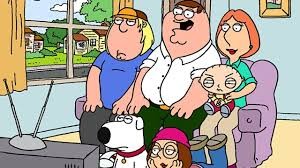 There’s an episode of Family Guy in which an alternative dimension is technologically 1000 years into the future because Christianity hadn’t happened. And for those who have seen this episode, so that ‘but Family Guy . . . but Family Guy’ isn’t echoing through your head as you read this entire article, I will just dispense of it now by saying that Family Guy was wrong.

The world would in fact be many many years ‘in the past’ (technologically) without Christianity and don’t let radical (what I call ‘religious’) atheists like those on this thread tell you otherwise. 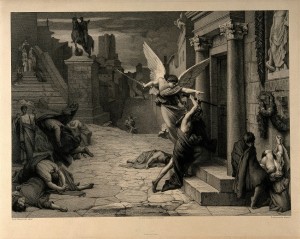 Many atheists regard the spread of Christianity as some kind of mental Black Death that plagued humanity. And that those who succumbed to the plague were too uneducated to critically doubt it. In actual fact, besides people born into the religion, the converts who are crucial to the spread of the religion to new populations used their reasoning to accept Christianity. They would have had enough common sense not to just accept anything they read—especially of an otherworldly nature. It would have taken a lot of logical fallacy for these people to accept something that for a thousand critical reasons is implausible, even paradoxical. And this fallacy that they made was the all-powerful king of mental errors: that they wanted to believe it. They wanted to because they agree with what the Church was doing for society and the values the Bible holds.

The Catholic Church was the origin of capitalism in the Middle Ages according to historian Randall Collins. He identified the Weberian ‘preconditions of capitalism’ in the Church’s legal system, bureaucratic dispute resolution and the specialisation of those it employed along with the job security to reward intergenerational investments in capital and technology. (In short: a basic form of the modern economic-legal system.)

Over it’s thousands of years of history, Christian churches have provided social services that were and often still are central to communities. These include schooling, medical care, legal systems and even cultural funding.

Pivotal to the rise of Christianity was that it pulled civilisation back after the collapse of the Roman Empire by providing these services. This was during the Dark Ages when feudalism reigned and Europe’s corpus of knowledge was under threat of being lost. The Church preserved this knowledge, in schools, libraries and universities, many of which still exist (in a Ship of Theseus-kind of way). 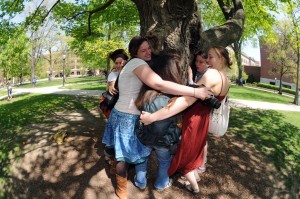 Progressivism advances our society and it is, as opposed to the Church, one of the main drivers of Western civilisation today. Yet besides all this noble reasoning, it’s also very fashionable for the reasons that it’s rebellious and modern. In fact so fashionable that people often fail to acknowledge that they are actually most conservative when it comes down to it. If you are a member of society you are conservative because you will want to preserve most of the things that keep you alive and well. These include:

These are all conservative values that are so basic—that we hold so deeply that we don’t even notice them. In the same way that a Windows user doesn’t think about the BIOS and the certain settings that can completely alter and screw up their system. But in some societies, these basic values are not abided by by all members of society. This article was inspired by a conversation with my friends about this—one of whom used the example of his friend’s bus trip across South Africa, which was marauded by bandits and all the non-tourist women kidnapped and raped. In having a problem with this, you are agreeing with conservative values that were engrained in Western society by Christianity. Because when you think about civilisation and the way that it holds together, it’s all empathy, kindness, giving and inhibition.

It’s also fashionable in Western countries to complain about the problems in your society and especially in your political system. There are problems, for instance Trump is not going to be a good thing for America. He may mock the disabled, he may show disrespect towards women and in other ways be highly offensive to moral conservatives. Yet it takes a global perspective to see that America is still far and away a civilised country with a moral bedrock that would take half an apocalypse to shake. Therefore thankfully in a four year term, it will not revert to a society resembling South Africa or the Dark Ages.

We Don’t Need Christianity Anymore . . . But Others Do

Western societies are morally stable now that Christianity has done its good work. Even atheists get along in society, ‘greed is good’ is no longer the mantra of Wall Street and none of the anarchist subcultures have really had an impact. Its work here is done. Yet something so influential doesn’t go away instantly, so the Church still influences the Western world even though its current effect is more controversial. It opposes abortion, contraception and homosexuality and in most ways just takes its conservatism too far.

. . . that is, in the West. In the ‘Rest’, the Church is having a large positive impact in lifting communities out of poverty like it did in Medieval times. World Vision is an Evangelical Christian organisation that as of 2011 had raised $2.79 billion for charity. This money was spent building communities around community services like in the Dark Ages, but also around Christian values. Christian education is something that I was happy to pay for as a previous World Vision child sponsor because it is something that creates unity between people and generally agreeable values in communities that otherwise suffer from anarchism like in the South African example.

That being said, the Pope does need to change his stance on homosexuality, abortion and contraception for these have a terrible effect especially on the Third World. They are examples of the generally agreeable principles of Christianity having gone too far, not being applied in the right ways and failing to keep up with the advanced society which it has for the most part created. 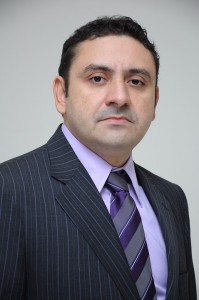 The worst caricature of a conservative is a mindless bureaucratic drone who was born white and male into a Presbyterian family, grew up playing soccer and never having to think about his values and then slotting neatly into a corporate position and getting married to a nice conservative wife yet the whole time believing some rather questionable things like that our borders should be closed to immigrants and that homosexuals go to hell. The sad thing about this stereotype is that it often rings true in the way that people can so easily get away with never questioning their beliefs, especially when they are privileged and even if these beliefs are outdated and rather unsavoury.

Conservatism needs a sanity check. It needs someone to think about it always always always otherwise it can start to become a very bad thing.

It’s a matter of deciding what you want to conserve (and whether there is good reason to conserve it). If you are a born and bred conservative, you will have to think about the things you were taught to believe when you were younger and whether these things are actually justifiable. A common one is the role of women, which is often passive and submissive in well-meaning conservative families in which the daughter is sheltered.

If you are a liberal who would be called a ‘progressive’ you will still probably want to conserve these things:

See, environmentalists and heavy metal purists. Conservatism is for everyone.