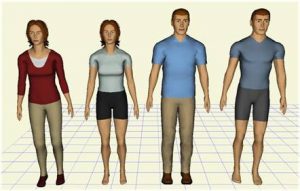 There are limitless really literal obvious things that occur all around us every day that we just don’t think about because they are too literal and obvious. You know what I mean? Here’s the list:

1. Your Parents Are People

Wow. You have this realisation at a pivotal stage in your teenage development. It is soon forgotten though and only remembered at certain important moments throughout your life. They were born and they did a lot of stuff before you were born and had no clue that they were going to have a kid like you. This is what they are doing now. Cool.

2. Eminem has a Pancreas

Eminem has a Pancreas in his body. Inside Eminem are organs and tissues. If you were a doctor, you may actually touch Eminem’s Pancreas. All the people you know have this kind of stuff inside them, but it is covered with skin. Sometimes when you watch an Eminem music video do you imagine what is happening inside his body to make all this happen? His Pancreas is creating digestive enzymes.

3. Someone in the world actually is Eminem

4. You And Everyone You Know Is An Animal

We’re actually apes. Even women. Have you had that realisation in the shower?

5. The Chance That Evolution Turned Out The Way It Did Is Infinitesimally Small

Humans and all of the species could so easily have been so different. That’s how it works. If one species in a food chain was different, they all would have evolved differently. Not to mention environmental factors. How could humans be different? One evolutionary flaw that I discovered one day was that your knee lines up with your eye when you curl up. This gives humans a compact collapsible design for storage but has the downside of meaning that you can knee yourself in your eye when you land from a high jump.

6. The Whole Of Madagascar 2005 Happened Inside A Computer

When you’re a kid you realise this about CGI but never really think about it deeply. Alex the Lion, Marty the Zebra and all your favourite Madagascar characters are all functions of computer programming reducible to plaintext characters. The thing about CGI is that it is actually ‘filmed’ by a point-of-view camera within this 3D world that exists within the computer and hence there is a lot of stuff within ‘Madagascar’ that you actually don’t see. For instance, off camera there are probably lots of immobile character templates that havn’t entered the scene yet. Just standing there creepily. Then if you go further off to the side but not that far you might end up in an infinite white or black void. Whether it is white or black is kind of interesting. Also whether it is a continuous 3D world that they made or just some certain shooting locations. If it’s the latter, then the CGI developers can actually watch the scene play out from the back or the top or the bottom if they want to. This is kind of inspired by when I tried Mexican Dream Herb and what woke me up was that the whole long surreal dream zoomed out at the end to show all the places that I had dreamed about from the air and all the buildings destructed, leaving just a few support beams spelling out ‘THE END’. That was weird aye.

7. What You Actually Do Is Not That Interesting

During a day, what you actually do is just sitting down waiting to get there, typing, looking at a screen. You can see yourself doing one of these things right now. If you take a third-person very literal perspective on your life, it would be momentously boring. It would be the most audience-averse, most existential film ever made. You know you are an adult when you accept the fact that your life isn’t going to be that interesting. Most of the important things will happen in your mind.

8. If You Had An Obsessive Compulsion To Count Everything That You See You Would Get To A Million So Fast

There is so much stuff man.

9. All The Things That We Do Are Really Specific

Everything that we do in our lives has so much intention and it is learned from something that someone did before. Even creative things like standing under a rubbish chute and just letting yourself get covered with trash as performance art is still based on something—in this case it’s based on homelessness but the kind that is based on rock-bottom adversity in movies. If you did something totally random it would look like you are mentally disabled (as a matter of fact statement). True randomness is impossible for computers to produce and whether the human mind can generate it opens a whole can of worms but I would be really surprised if it could. True non-conformity is not having blue hair and being effete at parties. It is going on a flailing rampage through the streets, across roads without looking and into the kitchen of a restaurant, spilling boiling water and rice everywhere.

This is a terrifying thought. But it is true. There’s is no denying the unscrupulous logic of time. I think I read this one in a book and had never thought about years really existing that far into the future before. You will be dead then and I find it hard to believe that humanity will still exist. When the end of the universe happens, will humanity still exist? Can you imagine being the last generation before the end of the universe and getting ripped apart by mathematics and logic? That would be intense.