When you are trying to enjoy an artwork, a musical composition/track, film or even a piece of writing, it is natural and in most cases crucial to search for the meaning behind it. Isn’t this the crux of our experience and understanding of the piece? But what if there is no deeper meaning? Is this the ultimate let-down of a piece of art?

Perhaps the most frustrating thing about some experimental and postmodern art is when the viewer is lead on a wild goose chase or made to grasp for straws in a piece that is intentionally configured to be confusing, disorientating, complex but ultimately meaningless. Then, after all their efforts to be a conscious responder, they are forced to resort to the conclusion: that there is no meaning. There’s no wonder that postmodernism and experimentalism garners the criticism that it does when obscure examples of artworks within these genres, including voluminous texts that reviewers and publishers have actually had to read—are of this nature. If I was tasked with reviewing such a book and wasted 8 hours of my life reading and pondering over it I would destroy that book in the most savage way possible.

Meaninglessness Is Not Generally A Pleasant Experience

Meaninglessness is not a pleasant experience in itself usually. It creates feelings of: confusion, ennui, doom, apathy, frustration, regret and depression.

Why would a piece of art want to create that feeling in viewers? Don’t people consume art in order to have a good time? This is actually a very good question and one that has occurred to many people when wondering why do I enjoy sad movies?. The reason is that our sense of positive-negative feelings is more complex than a binary sliding scale. And neuroscientists have analysed the brains of people watching tragic films. They found that despite the subjects reporting feelings of sadness, levels of the feel-good neurochemical oxytocin actually increased during the viewing and this is supposedly due to the empathy that people feel for the unfortunate characters.

But Titanic is a modernist classic; can this feel-good effect be produced by absurd, nihilist abject postmodernism? Possibly …. perhaps a film (or novel, etc) that subjects its characters to the callous whim of random chance.

Can Art Be Meaningless? 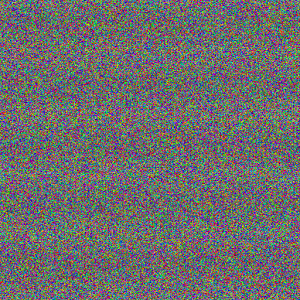 The first question is difficult because it quickly confronts a paradox: if an artwork is meaningless, then isn’t that meaningful? E.g. if to the Chelsea International Fine Art Competition an eccentric artist submits a 36" x 48" canvas of colour static—the intention of the piece may be to submit something that is totally meaningless, surface-value, lacking depth. But then isn’t that the meaning? And it’s hard to psychological argue that the artist had no motivation to produce the piece but let’s just say that it was purely financial. Then there is no authorial intention whatsoever. If you prescribe to the belief† that this author’s intention is the only meaning in an artwork then it is possible that artwork can be completely devoid of meaning. If however you take the view that the way the piece is interpreted also creates meaning then it is impossible for this piece to be meaningless unless it was never seen by anyone. If someone saw it they would immediately start to think things like: is it satirising the meaninglessness of modern art and even the postmodern agenda of the adjudication board if they award it a prize; is it about overstimulation in our connected world creating not information, but useless data; is it about mass individualism being indistinguishable from collectivism, etc. ad infinitum.

†That author’s intent is not just the primary but the only meaning in a piece is a view that is very hard line and hard to justify. It requires that: all personal meaning be irrelevant and that the artist’s intention is known and that the artist had a clear intention that didn’t waver throughout the process of creation.

And this unlikely outcome—that art can be meaningless—also depends on the ontological issue of whether anything can be meaningless. And this is decending too far into philosophy for this article so I will cut off this line of reasoning right here by saying that we are talking about an artwork’s meaning as art rather than as an object.

Can Something That Is Meaningless Be Art?

So if a piece of art actually can be meaningless, which is unlikely but which we have not totally disproven, then can we still call it art? This cuts right to the definition of art itself: it conveys something right? Does it convey beauty, emotions, pleasure or meaning? Most formal definitions of art include the first two: beauty and emotions, but not the last two as preconditions. And in fact, absurdist art has been termed ‘pure art’ because it is primarily about beauty and emotions and rejects meaning.

Great Pieces Of Art That Are Essentially Meaningless

In the non-pedantic sense of the word, all of these great artworks are meaningless:

Campbell’s Soup Cans (Warhol, 1962): Andy Warhol pioneered the shallow, hedonistic pop art movement in the 1960s. The main message in his artworks was of the superficiality and meaninglessness of modern life. This piece emphasises the repetition, conformity, marketing illusions and overall the arbitrariness of everything. 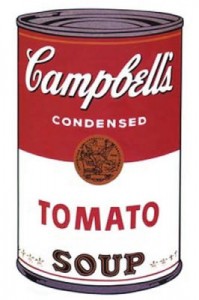 Waiting For Godot (Beckett, 1953): this is quite possibly the most famous play of the Theatre of the Absurd. This was a movement that found a tragicomic drama in the random, ultimately meaningless nature of everyday life. There are serious existential overtones to all of this that fill textbooks, but the entire play involves two characters waiting for someone named Godot who never actually arrives and just making bored smalltalk in the meantime.

The Metamorphosis (Kafka, 1915): but the most famous absurdist art piece of all time is undoubtedly The Metamorphosis by Franz Kafka which epitomises Kafka’s style of writing which can only really be described as Kafkaesque. It involves an ambuguous situation that gets a lot worse and then ends in death. An impoverished man wakes up to find that he is a giant repulsive insect and then his life declines rapidly and he dies. That’s the whole story (and it’s actually very good).