Contemporary cuisine has been turned on its head and reconceptualised many times over in the modern era. Numerous new cuisines or culinary movements have emerged at different stages in the last 60 years. It is interesting to consider how the food world has reflected the greater world of art and culture during this time. For if it has, then this stands as a testiment to the claim that cooking is a true artform.

This is where it starts—in the pre-modern era, almost all cooking was within the traditional cultural cuisines: Indian, Chinese, British, Italian, etc. And of course, these were more authentic than the cultural cuisines that we enjoy in restaurants today.

The essense was local ingredients, simple techniques, high nutrition and low wastage. And this is still the most common form of cooking today. If you grow up in a family stemming from Teochew China, then boiling fishballs in a seafood broth with noodles will be a simple dish that is very familiar to you.

The art-world equivalent is folk art. The indigenous artforms of the cultures of the world have the same elements of locally sourced materials and simple techniques. For instance, the Norwegian people traditionally carved sticks into ornamental calendars.

Haute cuisine translates as ‘high cooking’ in French. It is the cuisine of upper class establishments that was enjoyed by the aristocracy in 17th century France. It was elaborate, expensive and exotic. It was largely responsible for France’s reputation worldwide to this day as the center of culinary innovation. Haute dishes were appreciated for their subtlely, lightness, innovativeness, spectacular presentation and complex flavours. 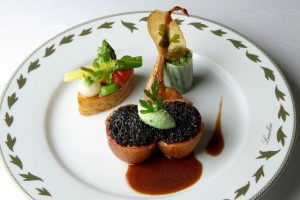 The cultural equivalent is ‘high art’—the aspiration of so much of the artistic canon throughout the 19th centiry. It was art that was sophisticated in technique and qualities enough to be appreciated by the upper class, cultural elite of that era and contrasted to popular culture. For instance, the literary equivalent of an asparagus soup with duck foie gras may be T. S. Eliot’s The Waste Land.

‘Contemporary Cuisine’ is the generic term for a new cuisine that has arisen to prominence in the modern Western world. It draws influence mainly from traditional European cuisines, but also incorporates the full gamut of international influences. It is the parts of each cuisine that appeal to most people basically, combined into one cuisine. You won’t find broiled duck giblets or pickled oysters in contemporary cuisine. You will find steak, bearnaise sauce and a side of pasta. Just this everyday RSL club dish incorporates three European cuisines. 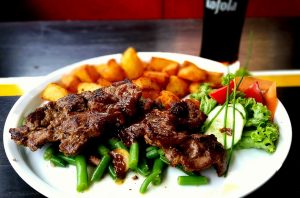 In the broader cultural world, contemporary cuisine comes under the banner of Modernism who’s rally and cry was epitomised by the poet Ezra Pound: ‘Make it New’. Contemporary cuisine is not traditional; RSL club meals weren’t eaten before the advent of RSL clubs. It doesn’t try to be traditional, it tries to be tasty and enjoyable by everyone, and in the spirit of modernism, it regards this as forward progress—improvement. So next time, you may choose to pair your steak with a Mondrian painting. 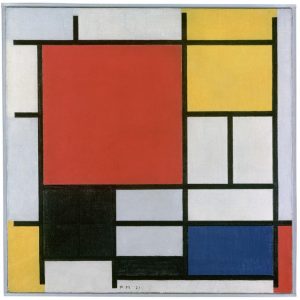 Fusion cuisine begins our foray into the postmodern era. By fusing two or more traditional cuisines for interesting effect, the idea of modernist progress is subverted. This is more playful, unexpected and at times random. It is not just the best parts of each cuisine extracted and then used repetitiously like mass production.

Fusion dishes can range from Japanese noodle-burgers, dragonfruit souffle, bacon-and-egg nachos to Indian-spiced fried chicken. Sweeping lists like this are often used to portray the diversity that is resulting from multiculturalism and global interconnectedness rather than the creation of a world monoculture.

The artworld equivalent of fusion cuisine is postmodern art that takes delight in clashing influences sources together in a new context. For instance, Che Guevara by Andy Warhol recontualises the Argentinian Marxist in a new American comic light quite incongruously. 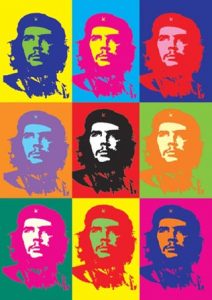 McDonalds, KFC and Pizza Hut are so deeply embedded into postmodern culture that they are symbols widely used in postmodern artworks to represent it. Fast food is an advancement of the ethos of modernism: it takes the tastiest aspects of all cuisines and if they work, it repeats them over and over again. You have eaten a thin, crispy McDonalds french fry over and over again. 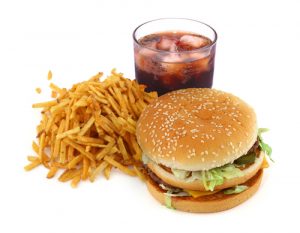 But the reason this is not modernism is that the level of branding that surrounds this food blows the reality—of that it is just food, completely out of proportion. It symbolises comfort, happiness, America, affordability, quickness and also some negative aspects that the media has imparted. It is impossible to think of a Big Mac as just a burger. It is a Big Mac.

One key difference that distinguishes food from other art forms in the postmodern era is that it lacks irony. There is barely a thing such as ‘ironic food’ because this would be disagreeable to the senses. No one would eat an oil-soaked cheeseburger that fell on the ground as a satire of McDonalds. It would be more gross than funny.

Molecular gastronomy is the application of scientific methods to food. Molecular gastronomists seek to improve flavours by studying their chemical properties and by using scientific instruments and ingredients like centrifuges, dehydrators, enzymes, gelling agents and liquid nitrogen. They have produced ‘deconstructed’ forms of traditional dishes in which the flavours are maintained, but are imbued into different forms. For instance, this is ‘eggs benedict’: 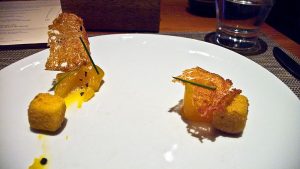 They have even created new foods entirely like Adam Melonas’ signature dish ‘Octopop’ which is octopus cooked at extremely low temperatures and texturised using transglutimate and orange and saffron carrageenan gel.

This field also has some exciting offshoots like molecular mixology (beverages) and Note by Note cuisine (creating foods entirely from pure compounds like sucrose and amino acids).

Molecular gastronomy is still firmly rooted in the postmodern movement. The term ‘deconstruction’ is actually directly borrowed from a term in postmodern philosophy, visual art, literature and architecture. 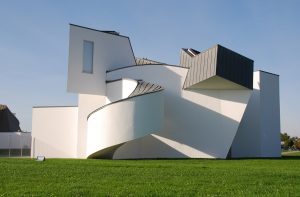 It recombines traditional featrues in new and interesting ways. And molecular gastronomy goes even further than this into the unbounded realm of postmodernism—it creates new experiences that have almost no context in classical cuisine. Like try situating this Paul Salvator Goldengruen artwork in a historical context: