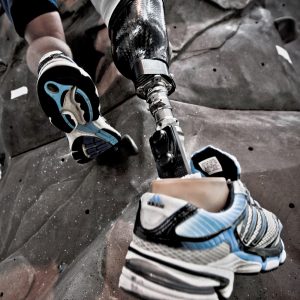 The future economies of developed countries like Australia are always a confusing issue. Australia is not on the up-ramp of industralisation like China and India. Instead, over 80% of Australia’s workforce is employed in the services sector, which faces several threats. Furthermore, a key driver of the economy: the mining sector does not employ much of our population due to automation. Therefore, we need to look towards R&D and high-tech industry for our future economy and employment.

The Problems With The Services Sector

The services sector will always be a pillar of Australia’s economic and employment future, but there are some concerns.

Firstly, technology is constantly making service jobs redundant. The looming service-industry apocalypse is AI and robotics. In the next 20 years, job redundancies of around 50% are being predicted. This will affect most the jobs that require less human agency, less dexterity and less real human contact. So Australia’s blue collar jobs will be safer than the office jobs. Secretarial and other service jobs that are simpler to perform are first in line to become replaced by AI. But also in the firing line are mathematical jobs like financial analysis and even some creative jobs like copywriting. That’s right: AIs have been programmed to demonstrate creativity and responsiveness to an audience.

Secondly, outsourcing is the other major threat to Australia’s services sector. Education systems around the world have been teaching the younger generations English from a young age, and this is creating massive overseas workforces of English-speakers looking for work over the internet. Many freelance by advertising on sites like Upwork. For instance, this US employee outsourced his own job to China, and just surfed the internet all day being redundant while a Chinese worker did his job for a lower rate. We’de say he got fired and his job outsourced to the Chinese worker.

The Problems With Our Natural Resources

Australia is a country that is lucky enough to be endowed with natural resources. But as we have seen throughout history (e.g. The Congo), there is absolutely no guarantee that this wealth in resources is going to be distributed evenly through the population. What is happening in Australia is the normal situation for a developed country: mining companies are making megabucks on these resources, and our entire country is benefiting from the tax dollars, but few people are actually employed by the mining companies—just 1.8% of the population in 2012. And this figure has not seen high growth throughout the duration of the mining boom because the widespread automation of this sector has increased and become more efficient.

So while mining is a driver of the Aus economy, we need to look elsewhere for our jobs.

If AIs and robots are taking the jobs, then what’s the one job that you can be sure to find work? Being the guy that builds the robots.

(Unless it gets to the stage where they have robots building robots like in I, Robot but I still think there will be jobs)

But flashy intros aside, this is the upshot of the argument of this article: that to keep up with the advance of technology, Australia needs to be at the forefront—developing the technology. As a developed country that has a highly skilled if not, in many ways overskilled workforce, we should be investing in R&D, developing new technologies and creating high tech industries.

A prime example is prosthetics, this is an area in which Australia would excel. Not only does it have the educated workforce, it has the government regulation to ensure quality control. Prosthetics and similar high-tech areas are not just lucrative fields that would stimulate the economy, but many of them like prosthetics require technicians to tailor the products to the buyer. (And incidentally, prosthetics factories will become very in-demand when robotics takes off.) Hence this sector can create jobs using technology, to counteract the ways in which technology is doing the opposite.