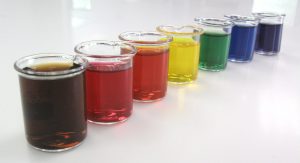 We all know that we taste with our eyes. As the saying goes. We watch cooking shows and never make any of the recipes. We have had green ketchup when we were younger and probably didn’t like it. We have reluctantly eaten plain-looking foods that turned out to be delicious; and eagerly eaten fancy restaurant foods that turned out to be rather ordinary. In all of these instances, the connection between seeing and tasting becomes extremely clear. 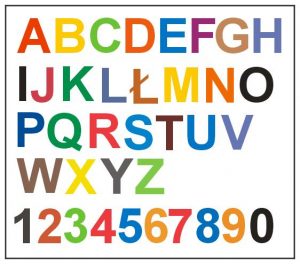 Many people have grapheme-colour synaesthesia which is associations between alphanumerics and colours. I myself have this a bit but not to the hallucinatory extreme; it’s just a mental association between 1–red, 2–yellow, 3–green, etc. that is hard not to make whenever I think of a colour. You might just be noticing this in your own thinking right now. We may even have the same colour associations because a common theory is that these associations are made in childhood from coloured fridge magnets.

But there are far more extreme cases of synaesthesia than this. The singer Lorde perceives colour when she hears music and she uses this as a guide when creating her music—she creates the right colour/s for each song. And some people have reported musical notes and mathematical shapes literally flying at them from the source of music when they hear it. And interestingly, in 2008, the first cases of the rare touch-emotion synaesthesia were discovered. A woman experiences depression when she touches denim and another woman experiences disgust from dry leaves.

From all these examples, most people can find some less extreme relation to their own experience. We all get feelings when we touch things (e.g. fluffy → nice). What this says is that we are all synaesthetes to some extent. In fact, science says that we are all born with synaesthesia, but for most our neural pathways become less overlapping as we mature. And this provides the scientific basis for why we can taste colour. Also, why we can ‘see’ tastes (at least in our mind). It makes eating more interesting to know this . . .

Other Senses Involved In Taste

It follows from this that all the other senses should then be involved in taste as well. And in fact they are all involved and you may have noticed this. The affinity between taste and smell is actually more oft noted than taste–colour. For instance, the main reason why airline food is so bad is because the dry atmosphere of a plane decreases our sense of smell. The ability to study the other senses is a bit more confused because emotion also affects hunger and touch (the texture of food) effects the detection of flavour by the tongue, but you can experience the synaesthesic effects in a non-scientific way just by playing around and trying to mess up your mind.

According to research, yellow is obviously lemon; orange is orange; red is raspberry because we now associate it with raspberry-flavoured lollies and drinks; green is apple; brown and black are earthy-rich-smokey-chocolatey kind of flavours; white is creamy-milky; and that leaves blue and purple . . .

Blue and purple are not colours commonly present in food and hence they don’t have strong flavour associations for us and definitely not genetically engrained associations. I might have some weak associations of purple–grape, blue–blue Gatorate flavour, and this is mainly from Gatorade. This is one element of why the ‘tastes like purple’ TV trope is so punchy: because purple doesn’t have a clear association as to what tasting it would be like.

E.g. *character gets knocked on the head* “I think I just tasted purple!”

Here are some experiments with your own sense of colour-flavour synaesthesia that you can do at home. These are guaranteed to be fun and tasty.

Experience a pure sense of flavour possibly for the first time in your life—almost completely distinct from any of the other senses by eating while blindfolded and even while holding your nose. Is it as tasty? Does it taste different? You can try it when you don’t know what the food is going to be (with the help of a friend). Can you tell what food it is?

Put food colouring in water or on shaved ice. Can you taste anything? Give it to a friend. Can you convince them it has a little bit of flavouring in it?

Colour your dinner some gaudy colour like green, purple or blue. Did you just ruin your meal?