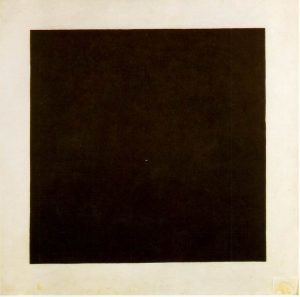 The things that have purpose in life are scarcely entertaining: work, study and human decency. But the things which truly astound us are usually completely pointless. Here are some things that will amaze you because of the insane amounts of effort that was devoted to something so utterly useless.

These people must live extremely exhausting lives, because their chosen hobbies are way more intense than most jobs.

The Long Difficult Novel is something that is so much a cultural phenomenon that people talk about it as the LDN on Goodreads sometimes. It includes books such as Ulysses, Finnegans Wake and Gravity’s Rainbow. These are all literary masterpieces no doubt, but as a form of relaxation or efficient way of absorbing knowledge they are pretty useless. Hence their main function in society is: accumulating cultural capital as a basis for making an ass out of yourself.

It is true that ‘All art is quite useless’, but some is more useless than others. Some art doesn’t make a political point and doesn’t really teach you anything, but that’s ok because it’s still a beautiful artwork, and this is what Oscar Wilde was talking about. What didn’t exist in his time was conceptual art which isn’t even necessarily beautiful. It is created to demonstrate some abstract concept, so is artistic on a theoretical level. For instance:

These are good artworks in theory….

Not Entirely Necessary Jobs That Exist In Modern First-World Countries

The economic prediction of John Maynard Keynes in 1930 never came true: that we will by the turn of the millennium achieve the 15-hour work week. Instead, we kept working the same hours, but creating whole new professions where they were never before seen to be needed. This holds moral and psychological concerns, but notwithstanding, some of these new jobs are quite funny:

What is it good for? Absolutely nothing.

An ‘esolang’ is an ‘esoteric programming language’ i.e. a programming language with little practical value created as a proof-of-concept, a joke or even as art. Most of these languages are ridiculously hard to code in and look like a system malfunction, but many of them are extremely smart and interesting in concept and amazing in the way that they can theoretically be used to code anything (are ‘Turing Complete’). Here is a list of most of the non-joke esolangs and here are the joke ones.

Some of the coolest ones that I’ve seen are:

The most famous esolang, because it is extremely terse and conceptually pure, making it a key touch-point in programming theory and even affording it some usefulness in rare cases. It operates like a Turing Machine—a tape containing symbols that tell the ‘interpreter’ to jump to different places on the tape.

Similar to brainfuck, but is on a 2D grid rather than a 1D tape.

Here is just a snippet of this verbose language: