It’s common knowledge among high school students that the mark you get for your essays is never entirely unbiased. Essay markers and teachers are only human, and the mark they give you will be based largely on impression. In fact, the nature of the marking criteria may well reflect this, because there really is no single objective basis for a ‘good essay’—it’s a compound of factors which overall may be summed up as an impression. So here is how to give the right impression in your essays, and not annoy the good teacher marking it in the middle of the night with another 60 essays to get through. Don’t do the following because it is annoying: 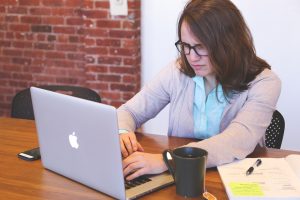 1. Try To Prove You Are Smart Rather Than Prove The Actual Point You Are Trying To Make

This is the wrong mentality to produce good writing. And if you have it, especially as a high-school student, it will be very noticeable to the marker. This mentality is often the cause of many of the other annoying things in this list. Besides these points, it may be hard to quantify what makes this mentality shine through in the finished product. It may just be the tone. The reason why so many high-schoolers have this mentality is that at this age, in the very structured and simplified secondary school system, it is difficult to grasp the full complexity of the world. Many high-school students think they know a lot more than they do just because they can name-drop Freud and Karl Marx, until they get to uni where there are no textbook answers and there are endless volumes of knowledge.

2. Use A Lot Of Adjectives To Be ‘Descriptive’

You may have been told by a teacher to be ‘descriptive’, and this is good advice in some cases, but it’s easy to misinterpret this as meaning to use a lot of adjectives. Adjectives (describing words like ‘superfluous’) are the bane of good writing because they are often specific, related and academic-sounding, but in actual fact just fill your essay with unnecessary bloat. For instance, compare the pair:

“The eponymous and skeptical Hamlet was indubitably perturbed by the supernatural apparition of his father’s ghost.”

“The skeptical Hamlet was perturbed by the apparition of his father’s ghost.”

The adjectives “eponymous” and “supernatural” are redundant so were removed, but “skeptical” was maintained because it is actually important to the sentence.

3. Use A Complex Word Where A Simple One Will Do

Teachers should repeat this maxim more often, because it is a typical high-school essay trait that gets on marker’s nerves when students use words like ‘pusillanimous’ instead of ‘timid’. This makes your writing less clear and less succinct.

The rule-of-thumb is not to go out of your way to use a more academic-sounding word. If you can think of the right word, use that rather than looking up a direct simile. But, thesaurus sites are very useful to look up a word that is similar to one you can think of, but with a more appropriate meaning. If you can use the most specific (and not obscure) words to say what you mean, then this is what markers will see as impressive word choice.

4. Going Off On A Tangent

Keep referring back to the question as you write. Make sure everything you say builds up your argument and if it doesn’t, even though it is a good point to make in itself—cut it!

This is a big risk. To be honest, there is nothing that can potentially irritate and infuriate the marker more than attempting to be funny in a serious, graded essay. It just seems like you are making a mockery of the assessment and not taking it seriously.

Unfortunately, it is not necessarily the case in academia that you can say whatever you want as long as you support it with a strong argument. When there is a marker with their own personal viewpoints, trying to prove or even address issues that are disagreeable on face value will be an uphill battle and could completely turn them off your essay. Stay clear of topics like the following in high-school: race, alternative sexuality, drugs, extreme politics and graphic violence. My teacher used to say something that was very helpful: write like your grandma is going to read it.

7. Overuse Of Creativity And Originality

This point may seem cynical but it really is the truth (in high-school and throughout most of university English). Teachers get a small pique of satisfaction every time they read their own words back to themselves. If they say something in class and you re-word it into your own essay, they will notice this on some level of consciousness and think ‘good, he/she is listening to what I say and learning from the class’. You should still try to be creative+original, but always take caution and remember that originality is not everything.

A lot of good students with a lot to say end up focussing on the content and neglecting the structure of the essay. If you have a network of related points in your head on say, the novel ‘Hamlet’ and you put these into essay form, it is natural to write just a few long paragraphs each containing multiple points that flow on from one another. Unfortunately, this makes for a difficult read, and can easily overwhelm the marker. Instead, you need to write a plan before starting to write you’re essay. Separate your thoughts into one bullet-point per distinct idea. Each bullet-point in your plan will become a paragraph in the essay. E.g.

Plus, your essay will have an intro and conclusion of course. The intro says how you are going to address the topic (your points); the conclusion sums up your conclusions.

Then each paragraph with have the following internal structure when you actually write it:

Topic Sentence: A sentence saying what the central idea of this paragraph is.

Explanation: Explains the idea in a convincing way.

Evidence: Backs up what you are saying.

Link: Links to the essay topic and/or next sentence.

In TEEL, besides the topic sentence, the rest of the structure is more flexible. For instance, you can invert the order of Explanation, Evidence or combine them and you can omit the Link and/or omit the Evidence.